Of the 39 Articles of Religion 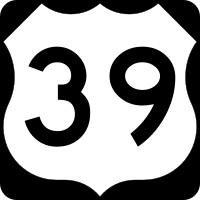 “Whatever.” That will be the reaction of many 7WD readers upon learning that I intend to write about one of the 39 Articles of Religion on each of the remaining days of Lent (not counting Sundays, for you liturgical kalendar/math geniuses). But let me explain.

Most US Episcopalians will think of the 39 Articles as one of those relics in really tiny print in the back of our prayer books in the historic/dusty documents section. Our English friends will know them as part of the “historic formularies” to which they subscribed at the time of their ordinations. And most of us, save a few evangelicals, probably don’t know the Articles very well. To the extent we are familiar with them, they may seem quaint, hopelessly irrelevant, needlessly restrictive, or ponderously boring. That’s a pity.

There are lots of reasons why one might choose to care about the 39 Articles, even if one is an Episcopalian who is not required to toe their line. Among other things, the proposed Anglican Covenant makes reference to them, and we do well to understand fully what we are choosing to ratify or reject. The Articles present a peculiarly Anglican constellation of doctrines which, if one is going to claim Anglican identity, one should be able to articulate. We American Christians love to talk about “our story” and the Articles are an undisputed part of our story as Anglicans. Historians will be interested in the particular forces that shaped the text — and ways in which the text speaks about the times in which it was written.

But there is a pretty compelling reason to delve into the 39 Articles beyond all these, and it is the reason I am blogging about them this Lent. As we look at each of the Articles, there is an opportunity to grow in our faith and knowledge, not just about the content of each Article but in that to which it points. In other words, they provide good fodder for meditation and prayer.

It helps that there are 39 of them, which makes it convenient for a blogger who wants to start on the day after Ash Wednesday with a Lenten programme lasting 39 days. I should acknowledge that the suggestion for this project came from my blogging archnemesis, who probably thought his own little Lent project would shine by comparison to this examination of a doctrinal statement over four centuries old. In consideration of this, I might conduct of a vote (or even a smackdown) to determine which Articles you love and loathe, dear reader.

But back to more serious matters. In case you have forgotten, here is some history behind the Articles. They were the latest in a series of sets of articles produced in the middle years of the sixteenth century. Each set bore the imprint of the current thinking as the Reformation was unfolding in England, swaying from very Catholic (6 Articles, 1539) to very Calvinist (42 Articles, 1552). The 39 Articles are, not surprisingly, between the extremes of Rome and Geneva, but much closer to Geneva than Rome.

These days, it is mostly evangelical folks — or Anglican secessionists — who like to make reference to the Articles. Anglo-Catholics tend to reject them (for obvious reasons). If you want some good material, there’s lots of stuff around. Here is some great evangelical writing from Church Society and some interesting reading from a more Catholic position. Gerald Bray has written a book on the 39 Articles, which I now have on order. (Dr. Bray sometimes stops by 7WD, Kyrie eleison. I hope if he reads anything in my series, he’ll be kind.)

My position is that the Articles are an excellent exposition of classic Anglican belief. They were written in a time when the church was closer to Geneva than Rome, prior to the spiritual influence of the Laudians, Wesleyans, Tractarians, and the witnesses of the Social Gospel or Ecumenical Movement. While it is an error to assume that the 39 Articles are binding expressions of faith in the same way we understand the creeds, it is also a mistake to toss them into the dustbin of history. We should understand them because the faith to which they witness has given birth to our own expression of the faith.

Most of the Articles are straightforward statements of faith that accord directly with the Bible or the Creeds, and so mostly they should be uncontroversial. The interesting bits come where a particular doctrinal position is being argued — a position that cannot be unequivocally supported by the Bible or the Creeds. The relevance is that many of our present debates in the church (human sexuality or church polity, for example) are similarly ambiguous. Perhaps if we understand a previous generation’s response to ambiguity, we will handle our own a bit better. Or at least we will be able to point out the irony of a person who cites the Articles as authoritative — and the greater irony of a person who cites one Article whilst ignoring another. Proof texting never gets old for some people!

It is sometimes said that Anglicanism is a religion of the Via Media and therefore, according to our identity, we should avoid extremes. Correcting this misunderstanding of our history and identity is one good reason to study the Articles. The Via Media places us between the extremes of Roman Catholicism (of the pre-Tridentine variety) and Genevan Calvinism of the 16th century. It is not “anything goes”. Still, there is a peculiarly Anglican understanding of Holy Scripture, of church tradition, of liturgy, and of doctrine that is well worth exploring.

For this exercise, I will use the text of the Church of England (1571, printed in the 1662 prayer book). When there is a difference from the American version (1801), I will make note of that.

Now, some caveats. Though I have a graduate degree in history, I am not really any kind of historian. Though I am a priest, I would not consider myself a theologian. So if you want great historical analysis or pithy theological wisdom, move right along. Instead, you’ll find here some practical meditations and occasional bits of humor (which probably would have gotten me jailed in the 16th century).

I’ll do my best to get each day’s meditation posted on time, but parish ministry always takes precedence over blogging. If I miss a day, I’ll catch up. Look for the first installment (“Of Faith in the Holy Trinity”) later today.