Article XXXIV: Of the traditions of the Church 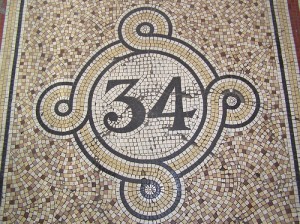 Article XXXIV: Of the traditions of the Church
It is not necessary that traditions and ceremonies be in all places one or utterly alike; for at all times they have been diverse, and may be changed according to the diversity of countries, times, and men’s manners, so that nothing be ordained against God’s word. Whosoever through his private judgement willingly and purposely doth openly break the traditions and ceremonies of the Church which be not repugnant to the word of God, and be ordained and approved by common authority, ought to be rebuked openly that other may fear to do the like, as he that offendeth against common order of the Church, and hurteth the authority of the magistrate, and woundeth the conscience of the weak brethren.

Every particular or national Church hath authority to ordain, change, and abolish ceremonies or rites of the Church ordained only by man’s authority, so that all things be done to edifying.

I invite you to read this one several times, slowly. First, try to get the meaning. Second, let the beauty of the words sink in. Finally, let the sense of it all fill you. And then imagine what the Anglican Communion might be like if we all took this one seriously. There’s a lot to chew on here.

To those who would ignore the tradition of the church willy-nilly, the Article offers a rebuke. When a tradition has been “ordained and approved”, it is not ours to break. And to those who insist on uniformity of practice around the Anglican Communion, the Article says, “Every particular or national Church hath authority to ordain, change, and abolish ceremonies or rites of the Church.” More to the point, traditions and ceremonies “may be changed according to the diversity of countries, times, and men’s manners”.

Here’s the rub. The Article also places tradition in the context of scripture. Our so-called three-legged stool surely wobbles, because the legs are not all equal. Our traditions must be in accord with the scriptures, but that’s not always self evident or as clear as some would like to have it. Shall we stone to death those who work on the Sabbath? Shall we share the Lord’s Supper in the context of a meal? Must all clergy be married? Shall we sell all our possessions and give the money to the poor? Though we give scriptures primacy, we rely on reason to interpretively read them as we form (and reform) our traditions.

This Article is still useful, because it reminds us that tradition is contextual. And this Article reminds us why we Anglicans must always start (and continue) our conversations about changing or preserving tradition with the scriptures. It is our way.

Oh, and another thing. I wish my colleagues who think they can edit the prayer book or ignore rubrics would have a look at this. Our “private judgment” do not allow us to ignore the ceremonies and traditions of the church. And to those who would say that a Covenant is not Anglican, I’d like you to make that case after studying the 39 Articles. Mind you, I’m not saying I support the Covenant, but I won’t reject it for being “unAnglican”.

I beseech you again. Read, mark, and inwardly digest this Article. It may be one of the more edifying of the Articles for the Church today.

Almighty and everliving God, source of all wisdom and understanding, be present with those who take counsel for the renewal and mission of your Church. Teach us in all things to seek first your honor and glory. Guide us to perceive what is right, and grant us both the courage to pursue it and the grace to accomplish it; through Jesus Christ our Lord. Amen.

Previous: Article XXXIII: Of excommunicated persons, how they are to be avoided
Next: Article XXXV: Of Homilies