Article XXVI: Of the unworthiness of the ministers, which hinders not the effect of the sacraments 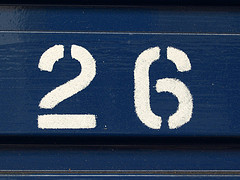 Article XXVI: Of the unworthiness of the ministers, which hinders not the effect of the sacraments
Although in the visible Church the evil be ever mingled with the good, and sometime the evil have chief authority in the ministration of the word and sacraments; yet forasmuch as they do not the same in their own name, but in Christ’s, and do minister by His commission and authority, we may use their ministry both in hearing the word of God and in the receiving of the sacraments. Neither is the effect of Christ’s ordinance taken away by their wickedness, nor the grace of God’s gifts diminished from such as by faith and rightly do receive the sacraments ministered unto them, which be effectual because of Christ’s institution and promise, although they be ministered by evil men.

Nevertheless it appertaineth to the discipline of the Church that inquiry be made of evil ministers, and that they be accused by those that have knowledge of their offences; and finally, being found guilty by just judgement, be deposed.

Here we encounter a 16th century response of sorts to the Donatist controversy of the fourth and fifth centuries. The Donatists had refused to accept the sacraments offered by those deemed unfit in their conduct. However, the wider Church decided that sacraments had effect even when administered by those who had strayed from the faith of the Church. This position is reiterated here: sacraments are valid, even when the minister is wicked.

That’s a good thing, too. News flash: all ordained persons are sinners. If sacramental validity hinged on the “worthiness” of ministers, then I’m afraid we wouldn’t be enjoying any valid sacraments. Now, that said, notoriously “wicked” ministers are to be disciplined, since they corrupt the discipline of the church. This should all be uncontroversial, right?

Funny thing, that. It turns out that there are neo-Puritans in the Church today, even inside the Anglican Communion, who would say that sacraments are not to shared with ministers who are corrupt or tainted by association with sinners. Take, for example, the refusal of certain Anglican archbishops to share Holy Communion celebrated with the Archbishop or Canterbury or others who are supposedly tainted through their association with the American Church.

If grace can be present even when the minister is wicked, then surely grace is present when another recipient of the sacrament is wicked. So even assuming that the Episcopal Church had erred in every decision since, say, 1968, and is therefore wicked, the presence of a few Episcopalians should pose no threat to the grace another might receive. It is profoundly ironic that those who claim to be upholding the tradition of the church (e.g. those who call themselves the “Global South”) deny so many bedrock traditions of the church. Maybe if people weren’t so quick to distance themselves from the fellowship of the Anglican Communion, the very threat of schism would diminish. Grace might heal difference.

See, here’s the thing: Jesus Christ and the boundless grace of God are stronger than any human sin or pride. And thanks be to God for that. I happen to know that every parish priest sins regularly, and the pews are full of notoriously sinful people. And yet we feast on palpable grace every Sunday in the sacraments. Even all that sin in all those sinners cannot keep Christ’s presence out of the bread, wine, and water of the sacraments. How is this possible? That, my friends, is the paradox of grace. God’s generosity makes no sense. It’s just that big and that great.

Almighty and everlasting God, by whose Spirit the whole body of thy faithful people is governed and sanctified: Receive our supplications and prayers which we offer before thee for all members of thy holy Church, that in their vocation and ministry they may truly and godly serve thee; through our Lord and Savior Jesus Christ. Amen.