Article XXXI: Of the one oblation of Christ finished upon the Cross 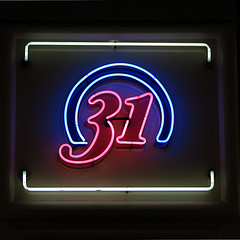 Article XXXI: Of the one oblation of Christ finished upon the Cross
The offering of Christ once made is the perfect redemption, propitiation, and satisfaction for all the sins of the whole world, both original and actual, and there is none other satisfaction for sin but that alone. Wherefore the sacrifices of Masses, in the which it was commonly said that the priests did offer Christ for the quick and the dead to have remission of pain or guilt, were blasphemous fables and dangerous deceits.

Back when I wrote about Article 22, I said that labeling an opposing argument as “a fond thing vainly invented” might be quite effective. If there’s an even better way to zap your debating partner, it’s labeling their claims as “blasphemous fables and dangerous deceits”.

The content of the Article concerns the question of how the Holy Eucharist is related to Christ’s sacrifice. Anglicans maintain that we are recalling Christ’s oblation, once offered. This is distinct from the position of the Roman Catholic church, which maintained (and, I suppose still does) that the Mass re-presents Christ’s sacrifice in the transubstantiation of the bread and wine. As the bread is broken, the sacrifice is made very real and present for those gathered. The reformed Anglican position is that the Eucharist mediates grace surely, but that it does not effect the sacrifice afresh.

I suppose I am biased, but I find the Anglican focus on grace, rather than on a bloodless sacrifice, to be not only more edifying and inspiring, but to be more along the lines of the rite that Christ instituted for us. In other words, the Mass is about the Paschal Mystery expressed on Maundy Thursday, less so Good Friday. Yes, I understand that the Paschal Mystery encompasses creation, incarnation, death, and resurrection. We do make choices in what we emphasize, however.

Through Christ, God has chosen to redeem us. The church’s work is to celebrate that redemption and to proclaim it to the world. We feast in thanksgiving. We bask in grace.

Almighty God, whose Son our Savior Jesus Christ was lifted high upon the cross that he might draw the whole world to himself: Mercifully grant that we, who glory in the mystery of our redemption, may have grace to take up our cross and follow him; who lives and reigns with you and the Holy Spirit, one God, in glory everlasting. Amen.