Article XXXVI: Of consecration of bishops and ministers 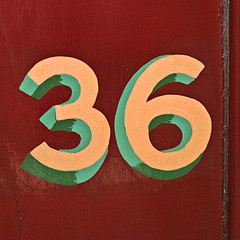 Article XXXVI: Of consecration of bishops and ministers
The Book of Consecration of Archbishops and Bishops and ordering of Priests and Deacons, lately set forth in the time of Edward the Sixth and confirmed at the same time by authority of Parliament, doth contain all things necessary to such consecration and ordering; neither hath it anything that of itself is superstitious or ungodly. And therefore whosoever are consecrate or ordered according to the rites of that book, since the second year of King Edward unto this time, or hereafter shall be consecrated or ordered according to the same rites, we decree all such to be rightly, orderly, and lawfully consecrated or ordered.

This Article seeks to buttress, along with many of the other Articles, the programme of Reform which the Church in England set out to accomplish beginning in the 16th century. Around the time of the first prayer book of 1549, the church issued new rites for ordination of deacons, priests, and bishops. These are largely Protestant in character, focused on establishing the authority of the clergy based on scriptures, rather than adopting a focus of preparing priests to carry out sacerdotal duties of sacrifice and mediation of God’s authority. Because of this change in emphasis, some might have questioned the legitimacy of Anglican clergy. Others had questions about those who were ordained as Protestant clergy according to the first ordinal (ca. 1549), as opposed to the second ordinal (ca. 1552). So this Article simply asserts the legitimacy of Anglican clergy.

Any questions about Roman acceptance of Anglican orders was settled in 1896 when Pope Leo XIII promulgated Apostolicae Curae. In the bull, Leo famously said that Anglican orders were “absolutely null and utterly void” due to defects in the ordinal. Please keep that in mind next time someone suggests that we Anglicans need to do something (or not do something) to please Rome. As far as the Pope is concerned, all Anglicans are merely playing at church, since not one of our sacraments (with the possible exception of baptism) has any validity whatsoever.

It is worth thinking about what it takes to make a sacrament — in this case, Holy Orders — valid, and what might make a sacrament invalid. But that’s less interesting to me than the concept of the ordinal, of ordering persons. In today’s culture, we like to cherish our freedom. We think about what rights we have and what we are allowed to do. In the church, the laity (those who are not ordained) come closest to this state of being, though even then our true freedom comes only from Christ. What is permitted is not always what is good.

For those who receive Holy Orders, we give up a good deal of freedom — we make promises to live a certain way, to teach certain things, and to carry out certain work. My observation is that, paradoxically, each order brings less freedom, even as it bestows more authority. Deacons are more free than priests, and priests are more free than bishops.

We sometimes hear people say there are four orders of ministry. But this is not true. There are three orders of ministry, and the entire church is a member of the laos. Every baptized person (including bishops, priests, and deacons) is first a member of the laity. Some people are called into ordered ministry, and each order has a particular vocation. If you don’t want to encounter a fiery speaker of justice and truth, do not spend time with a deacon. If you wonder why bishops sometimes seem to compromise for unity, it’s because that is their vocation. Our church needs all these parts working together. Just like St. Paul said — the body has many members. Some are called to serve as lay people. Other as deacons. Still others as priests or bishops.

So while the Article makes a simple statement about legitimacy, I think the fruitful territory for mediation is around efficacy and vocation.

Note: The 36th Article in the US uses somewhat different language to account for the American ordinal, but the sense of it is the same. Also, it is worth noting that in the US, the rites for ordination are contained within the prayer book, but in England, there is a separate ordinal (legally speaking).

O God, you led your holy apostles to ordain ministers in every place: Grant that your Church, under the guidance of the Holy Spirit, may choose suitable persons for the ministry of Word and Sacrament, and may uphold them in their work for the extension of your kingdom; through him who is the Shepherd and Bishop of our souls, Jesus Christ our Lord, who lives and reigns with you and the Holy Spirit, one God, for ever and ever. Amen.