Article XXI: Of the authority of General Councils 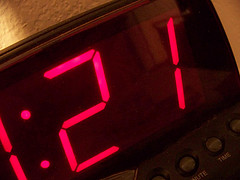 Article XXI: Of the authority of General Councils
General Councils may not be gathered together without the commandment and will of princes. And when they be gathered together, forasmuch as they be an assembly of men, whereof all be not governed with the Spirit and word of God, they may err and sometime have erred, even in things pertaining to God. Wherefore things ordained by them as necessary to salvation have neither strength nor authority, unless it may be declared that they be taken out of Holy Scripture.

Note: This Article was omitted from the 1801 version of the US edition of the Articles.

So here we are again. Church tradition is great, says the Article, but the scriptures are better. Whatever the Church might say when it is gathered into a General (or ecumenical) Council must be consonant with scripture, which is pretty much what Article XX says. This one adds another wrinkle, straying close to erastianism, saying that Councils may not be convened without the commandment of the sovereign.

Of course, this Article is necessary to buttress the authority of the Reformers, who needed to match their own authority against that of the ecumenical councils of the Church. It wouldn’t be seemly to say, “The General Councils of the Church are null and void” but this article kinda sort says that, or at least allows one to dispense with any parts of the councils that do not have direct scriptural warrant.

And here we see, again, how far the English pendulum had swung away from the Catholic extreme and toward the Reformed extreme. Many folks these days would want to grant more authority to the councils of the church, I suspect. While we probably wouldn’t suggest that the Councils are binding in all matters, we’d want to say that they are central in articulating the tradition which we uphold.

Around this time of year, newsletters across the Episcopal Church will start to contain a note reminding folks that the canons of the first ecumenical council in Nicaea forbid kneeling during Eastertide. Actually, that canon also forbids kneeling on all Sundays. There are other interesting bits in the same set of canons, such as a prohibition against deacons giving priests Communion and the mandatory deposition for clergy who charge interest on loans.

My point is that people love to proof text everything, whether it’s scriptures, modern or ancient canons, or these 39 Articles. We might profitably look at the reasons for the canons of the ecumenical councils — in addition to their consonance with scripture — in determining whether or not the ancient canons are to be considered binding.

If we take seriously the idea that the Holy Spirit guides the Church when it is gathered, then we need to listen to what the Church has said and continues to say. Of course, as this Article reminds us, the Church can err, since it is made up of flawed humans who don’t always set aside their own will to hear the will of God. Yes, my friends, it’s a bit messy. But then again so is life.

Almighty Father, whose blessed Son before his passion prayed for his disciples that they might be one, even as thou and he are one: Grant that thy Church, being bound together in love and obedience to thee, may be united in one body by the one Spirit, that the world may believe in him whom thou didst send, the same thy Son Jesus Christ our Lord; who liveth and reigneth with thee, in the unity of the same Spirit, one God, now and for ever. Amen.

Previous: Article XX: Of the authority of the Church
Next: Article XXII: Of purgatory