Article XXXVII: Of the civil magistrates 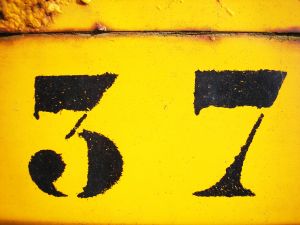 Article XXXVII: Of the civil magistrates
The Queen’s Majesty hath the chief power in this realm of England and other her dominions, unto whom the chief government of all estates of this realm, whether they be ecclesiastical or civil, in all causes doth appertain, and is not nor ought to be subject to any foreign jurisdiction.

Where we attribute to the Queen’s Majesty the chief government, by which titles we understand the minds of some slanderous folks to be offended, we give not to our princes the ministering either of God’s word or of sacraments, the which thing the Injunctions also lately set forth by Elizabeth our Queen doth most plainly testify: but that only prerogative which we see to have been given always to all godly princes in Holy Scriptures by God himself, that is, that they should rule all estates and degrees committed to their charge by God, whether they be ecclesiastical or temporal, and restrain with the civil sword the stubborn and evil-doers. The Bishop of Rome hath no jurisdiction in this realm of England.

The Laws of the Realm may punish Christian men with death for heinous and grievous offences.

It is lawful for Christian men at the commandment of the Magistrate to wear weapons and serve in the wars.

American Version:
The Power of the Civil Magistrate extendeth to all men, as well Clergy as Laity, in all things temporal; but hath no authority in things purely spiritual. And we hold it to be the duty of all men who are professors of the Gospel, to pay respectful obedience to the Civil Authority, regularly and legitimately constituted.

OK, so this one is pretty straightforward, and not very surprising. The state is to be respected. In the English version, capital punishment and war are supported. The Bishop of Rome takes another hit here, as the Article reminds us that the Pope has no authority in England. It’s interesting that the American version omits these things. It would have been easy enough to edit around the “Queen” bits, and to leave everything else intact. Perhaps a commenter will know what the American article omits so many matters from the English version.

What interests me here is the relationship between the church and the state. Americans usually begin such conversations by parroting the “separation of church and state”. Curiously enough, that’s not actually in the Constitution. Rather, the phrase comes from Thomas Jefferson, and the expression of it is found in Supreme Court decisions. If we can look past our initial oil-and-water duality, we can be more honest about the complex relationship between church and state.

Though the US does not have an established church, many congregations display American flags and believe that it is inappropriate for the clergy to criticize the government. (Anecdotally, I have rarely seen a national flag in a British church, despite its status as the established church.) In other words, in this country, we behave much like an established church, even as we use claims of separation to cut short conversations about the church-state relationship. Paradoxical, no?

It seems to me that we Americans can insist on religious freedom (which is what the First Amendment is about), while also insisting that the church must have a voice in the public sphere. In other words, we can and should be willing to criticize the state when we are called to do so. And even as we criticize the government, we ought to recognize its legitimate authority, as this Article suggests.

I shall save my rants about war and capital punishment for another time. You’re welcome.

Lord God Almighty, you have made all the peoples of the earth for your glory, to serve you in freedom and in peace: Give to the people of our country a zeal for justice and the strength of forbearance, that we may use our liberty in accordance with your gracious will; through Jesus Christ our Lord, who lives and reigns with you and the Holy Spirit, one God, for ever and ever. Amen.

Previous: Article XXXVI: Of consecration of bishops and ministers
Next: Article XXXVIII: Of Christian men’s goods which are not common