Article XVII: Of predestination and election 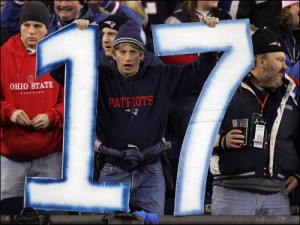 Article XVII: Of predestination and election.
Predestination to life is the everlasting purpose of God, whereby, before the foundations of the world were laid, He hath constantly decreed by His counsel secret to us, to deliver from curse and damnation those whom He hath chosen in Christ out of mankind, and to bring them by Christ to everlasting salvation as vessels made to honour. Wherefore they which be endued with so excellent a benefit of God be called according to God’s purpose by His Spirit working in due season; they through grace obey the calling; they be justified freely; they be made sons of God by adoption; they be made like the image of His only-begotten Son Jesus Christ; they walk religiously in good works; and at length by God’s mercy they attain to everlasting felicity.

As the godly consideration of Predestination and our Election in Christ is full of sweet, pleasant, and unspeakable comfort to godly persons and such as feeling in themselves the working of the Spirit of Christ, mortifying the works of the flesh and their earthly members and drawing up their mind to high and heavenly things, as well because it doth greatly establish and confirm their faith of eternal salvation to be enjoyed through Christ, as because it doth fervently kindle their love towards God: so for curious and carnal persons, lacking the Spirit of Christ, to have continually before their eyes the sentence of God’s Predestination is a most dangerous downfall, whereby the devil doth thrust them either into desperation or into wretchlessness of most unclean living no less perilous than desperation.

Furthermore, we must receive God’s promises in such wise as they be generally set forth in Holy Scripture; and in our doings that will of God is to be followed which we have expressly declared unto us in the word of God.

When is the last time you heard a sermon on predestination? Unless you are hanging out in a seriously Calvinist congregation, I’m guessing it’s been a while. In fact, many Anglicans who have not read the 39 Articles (yes, I am told some people have not studied these things) may not know that belief in predestination is even a part of our Anglican theological heritage.

Fine by me. I’m perfectly happy to know that Anglicanism in the 17th century (and beyond) has focused more on holiness of living, with a correlative emphasis on free will and on our ethical and moral responsibility. Now I am perfectly aware of all the gyrations theologians can go through to claim belief in both free will and predestination, but it just doesn’t preach so well.

And here’s another thing, now that I’m on my soap box. Sure, you can find proof texts in the Bible to support predestination. But if you actually sit down and read the Bible, it’s pretty hard to argue that predestination is biblical, or that the Bible teaches predestination as John Calvin articulated it. The free will folks will have an easier time defending their case, I think. Conditional election is less difficult to argue, but even that doesn’t square with the whole of the biblical narrative. But perhaps I’m just a wayward Arminian.

The concept of election (that is, that God chooses some people for special favor) is clearly biblical. But it is also clear that God can adopt new people into the chosen group and that people can be pushed out of the chosen group. This is why election is easier to argue, biblically speaking, than predestination. If it’s been a while since you read up on the difference between the two, Google them and c’mon back.

As I’ve said before, I think it is a mistake to go too far down the road of declaring the precise ways our salvation is wrought. History should inform us that people who announce the exact means of salvation almost always have found a way to put themselves on the heavenward side of the line. Rather than spending our time explaining how we are saved and others aren’t, I think we do well to focus our energy on living as Christ-followers and inviting others to do the same. There’s no salvation downside to that, surely.

Frankly, things get pretty unpleasant, intellectually speaking, if we start to explore the fullness of predestination — that is, if you want to also leave much room for free will. That person in your neighborhood who can’t escape addiction? Predestined. That person who has it all together, against all odds? Predestined. Where’s the comfort or the condemnation in that?

Far be it from me to declare predestination to be “wrong”, but I will take note of its absence in our creeds. And I’ll take “free will” or even “conditional election” in the Bible smackdown any day. In my book, I chalk this one up to a theological fashion that had a brief heyday in Anglicanism and has now gone the way of elbow patches and big hair.

O Lord, mercifully receive the prayers of your people who call upon you, and grant that they may know and understand what things they ought to do, and also may have grace and power faithfully to accomplish them; through Jesus Christ our Lord, who lives and reigns with you and the Holy Spirit, one God, now and for ever. Amen.

Previous: Article XVI: Of sin after baptism
Next: Article XVIII: Of obtaining eternal salvation only by the name of Christ