Article XXIII: Of ministering in the congregation 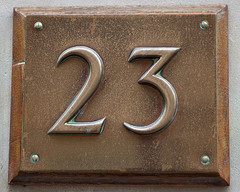 The Reformers were all about grace, except when it came to maintaining church and social order. For example “priesthood of all believers” has a nice ring to it, as long as most of the “priests” sit in their pews where they belong. Martin Luther was all over the map on this one, depending on how chummy he was with the local princes at any given moment. At times, he was all about freedom and grace, and other times, he was quick to point out the need for princely rule and orderly worship.

Americans might not quite grok this Article, with our deeply embedded notions of church/state separation. But for those places for the church and state are very closely linked — where the minister has some power beyond the conduct of worship — it becomes important to regulate who can and who cannot be a minister. After all, you don’t want to be elevating the riff-raff into positions of actual power!

Quite apart from issues of power, the Article touches on the issue of vocation. After all, just because nearly every Christian might be physically capable of reading prayers in public does not every person is called to this ministry. Likewise, not everyone is called to be a teacher, or a parent, or a judge, or any other occupation. In other words, when we talk about “priesthood of all believers” we have to expand our ideas of what it means to be a priest. For some Christians, being a priest means speaking prophetically for the voiceless or caring for those who have been neglected.

This would be all well and good if the church did not have a deeply clerical tradition. If we valued the ministry of all persons equally, it would be easier to talk about the priesthood of all believers as if it meant something. As it is, we have to justify why some people get the attention, get to wear the fancy silk clothes, and get to have more power within the church.

The Article makes two sets of claims. One set of claims is that we rightly recognize the ministry of those God has called. This should apply, of course, not only to clergy but to all baptized persons who seek to exercise their given vocation. The second set of claims has to do with authority, and here we need to be careful. Throughout its history, the church has been a battleground over the exercise of power, and this rarely looks very much like the kind of power Christ wielded. I will not dispute the need to maintain order within the church or within society (obviously!), but power structures within the church must constantly be scrutinized and compared with the scriptures, the law of love.

Finally, a parenthetical note. The Article refers only to “the congregation” and plenty of people, including this priest, will take issue with a view of ministry that does not go at least to the diocese if not the wider church. Again, to read the Articles — and to know when we might need to recast their arguments — we have to remember the context of the middle years of the 16th century, when Reforming impulses were stronger than Catholic impulses.

Thanks be to God we occasionally manage to hold our Reforming and Catholic movements together, along with the opposing desires of freedom and grace. And once in a while, we glimpse the kingdom within the church, a place where the ministry of all the baptized actually means something beyond trendy catch phrases.

Almighty and everlasting God, by whose Spirit the whole body of thy faithful people is governed and sanctified: Receive our supplications and prayers which we offer before you for all members of your holy Church, that in their vocation and ministry they may truly and devoutly serve you; through our Lord and Savior Jesus Christ. Amen.

Previous: Article XXII: Of purgatory
Next: Article XXIV: Of speaking in the congregation in such a tongue as the people understandeth