Article XXXVIII: Of Christian men’s goods which are not common 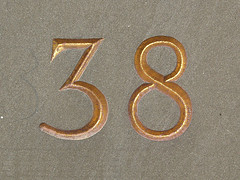 Article XXXVIII: Of Christian men’s goods which are not common
The riches and goods of Christians are not common, as touching the right, title, and possession of the same, as certain Anabaptists do falsely boast; notwithstanding every man ought of such things as he possesseth liberally to give alms to the poor, according to his ability.

It always amuses me when people are quick to quote a verse or two from the Bible about whatever moral issue matters to them but willing to ignore everything the Bible says about money. To be clear: the Bible says a lot more about money than it does about sex. The problem, of course, is that the sex bits are always about “other people” and the money bits are usually about us.

Within the 39 Articles, there’s a pretty consistent drumbeat of scriptural authority. Any number of times, the Articles cite scriptural warrant for this or that, or else the Articles insist that we do nothing that is “repugnant” to the scriptures. And then we come to money.

Let’s start with giving. You can take your pick. The Torah says to give 10%. John the Baptist said if you have two coats, give one away (that’s 50%). Jesus told the rich man to sell all his possession and give the money to the poor (that’s 100% for the math challenged). Sort of makes tithing look easy, doesn’t it? But I digress. This Article appears to leave giving up to each member, even though the Bible has some plain and clear teaching about how much we should give. Now I’m not saying everyone is going to adhere to that standard, but let’s be clear there is a standard.

Jesus isn’t very keen on possessions. He has harsh things to say about people with lots of stuff. Remember the camel, the needle, and the kingdom of God? The first churches shared their possessions. And it didn’t work out well for people who couldn’t get on board with that. It’s possible you’ve never heard of Ananias and Sapphira. Check out Acts 5:1-11 to read a story that — not surprisingly — never pops up in the Sunday lectionary. Even St. Paul is always getting after people about how they’re misusing their possessions.

It doesn’t take a rocket scientist or even a theologian to see why this Article would take up a soft position on money. Who wants to be part of a church whose doctrine says that owning stuff is bad? That’s an especially hard pill to swallow when your bishops live in palaces. When one argues for this kinder, gentler view of wealth, then one’s arguments about the “plain meaning of scripture” begin to wither away. We realize, clearly, that the scriptures are almost always interpreted to the advantage of the one talking. Judgment is cast on others, while one’s own moral or social or economic values are blessed.

I’m not suggesting that we should share our possessions on common; I have yet to sell all my possessions and give to the money to the poor. But I also understand that there is a biblical standard when it comes to wealth, and I am probably failing it. The scriptures — that is, the Law, the Prophets, and the teachings of Jesus Christ — call for a higher standard than I have managed.

With this article, let us ponder our wealth and our use of what God has given us. Let us also ponder the challenge of following Jesus — not the challenge for others, but for ourselves.

Almighty God, whose loving hand hath given us all that we possess: Grant us grace that we may honor thee with our substance, and, remembering the account which we must one day give, may be faithful stewards of thy bounty, through Jesus Christ our Lord. Amen.

Previous: Article XXXVII: Of the civil magistrates
Next: Article XXXIX: Of a Christian man’s oath