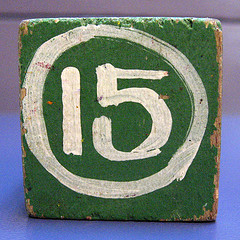 Article XV: Of Christ alone without sin
Christ in the truth of our nature was made like unto us in all things, sin only except, from which He was clearly void, both in His flesh and in His spirit. He came to be the lamb without spot, Who by sacrifice of Himself once made, should take away the sins of the world: and sin, as S. John saith, was not in Him. But all we the rest, although baptized and born again in Christ, yet offend in many things: and if we say we have no sin, we deceive ourselves, and the truth is not in us.

Finally, we catch a break from faith vs. works in our tour of the 39 Articles. This Article makes a fairly simple and uncontroversial assertion: Christ was without sin, the only human being to have been so blessed. Yes, I said human being. This Article particularly asserts, rightly so, that Christ’s full humanity, not just his divinity, was without sin.

If you want to read more about this, I commend to you Gerald Bray’s excellent book on the 39 Articles. His essay on this Article is quite good, and he succinctly unpacks the major issues involved in claiming that Christ was divine but also a real, actual human being — but without sin. Trust me, it all makes sense, and these assertions are fully consonant with scripture.

The claim that Christ alone is without sin is essential if you understand the economy of salvation to be rooted in substitutionary penal atonement theory. Most Christians, especially in the West, understand this to be the primary mechanism of our salvation. The sinless Christ died — completely undeserving of condemnation — and thus purchased our salvation by his death. Again, this is fully scriptural.

That said, there are other ways to understand our salvation. Article III reminds us that Christ descended into hell after his death, and the Church claims that there Jesus confounded Satan and rescued at least some of the dead. This is the harrowing of hell, which is another scriptural view of our salvation. These two views (and there are others) are not mutually exclusive. However, there is a distinct emphasis on Christ’s life, the scriptures, and our own best way to live depending on which view(s) one focuses on. In the harrowing of hell, it is less important to focus on Christ’s sinlessness.

My point in all this is that some theologians and plenty of Christians have trouble connecting a sinless Christ with participation in our human nature. Can you be a human being with knowing the consequences of sin? Bray fleshes this out (bada-bum) nicely in a few pages, and the answer is that, yes, one can reconcile full humanity with the absence of sin. But it’s not easy.

I raise all of this not to undermine the witness of scripture or the traditional faith of the church. Rather, I would say that we have some choices to make about what we emphasize in the great story of our salvation. Some Christians would tell you that if you don’t make Christ’s sacrifice front and center, you are not a real Christian. I would encourage those folks to read the church fathers or even the synoptic Gospels. Christ’s sinless sacrifice is surely a part of God’s eternal purpose, but it may not be the most important part of the story.

I for one find it helpful to emphasize other aspects of Christ’s life and death. Just to pick one example: all four Gospels talk about Jesus going into the desert, where he was tempted by Satan. If there was no possibility of sinning, then there could have been no temptation. (For example, I am tempted when I go into the Apple store, because I might buy an iGizmo I don’t need; I am not tempted when I go into a casino, because gambling holds no appeal for me.) If Jesus was really tempted, then he had to struggle against sin just as we do. The difference, the scriptures tell us, is that he succeeded in his struggle where we fail. Our human nature is exalted by Christ’s full participation in it. That story, at least for me, preaches better than “the sinless Christ died for you, and you are saved. Period.”

Almighty God, whose blessed Son was led by the Spirit to be tempted by Satan; Come quickly to help us who are assaulted by many temptations; and, as you know the weaknesses of each of us, let each one find you mighty to save; through Jesus Christ your Son our Lord, who lives and reigns with you and the Holy Spirit, one God, now and for ever. Amen.

Previous: Article XIV: Of works of supererogation
Next: Article XVI: Of sin after baptism