Article III: Of the going down of Christ into hell 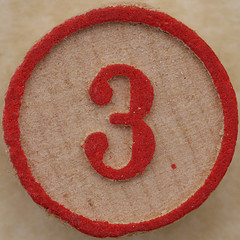 Article III: Of the going down of Christ into hell
As Christ died for us, and was buried, so also is it to be believed that He went down into Hell.

This one will be tough for lots of people. Plenty of Christians don’t even believe in hell these days, and they certainly don’t give much thought to Christ’s descent into Satan’s hood. It’s a pretty ancient idea though, with solid scriptural warrant. Check out 1 Peter 3:18-20 and 1 Peter 4:6. The idea is that Christ, while he was dead, proclaimed the Gospel to the dead and rescued them from Satan’s grasp.

People who say the daily office will know this teaching from the Apostles’ Creed. This Article comes almost straight from the Elizabethan version (Rite I in the US prayer book) of the Apostles’ Creed, “He descended into hell”. Modern versions of the creed soften it a bit: “He descended to the dead.” Most worshipers these days, who come only to Sunday celebrations of the Eucharist, will have no clue about this doctrine, since it gets no mention in the Nicene Creed.

It does pop up, at least in parishes I serve, in a big way once a year. It is my practice to read (or to have the deacon read) St. John Chrysostom’s brilliant Easter sermon at the Great Vigil of Easter. It makes Easter all about Christ’s complete and utter victory over Satan in the harrowing of hell.

The Lord has destroyed death by enduring it.
The Lord vanquished hell when he descended into it.
The Lord put hell in turmoil even as it tasted of his flesh.

Isaiah foretold this when he said,
“You, O Hell, were placed in turmoil when he encountering you below.”

Hell grasped a corpse, and met God.
Hell seized earth, and encountered heaven.
Hell took what it saw, and was overcome by what it could not see.

Unfortunately, lots of people deny the existence of hell, even though Jesus teaches about it and there’s clear biblical witness and church tradition to support its existence. Don’t get me wrong. I’m not thrilled about hell, nor do I think it’s helpful to use hell as a blunt object to coax people into doing the right thing here on earth. I hope that God is generous at judgment day, since I cannot imagine what sins would merit condemnation. But in the end, it seems to me that hell is a part of the package of God’s economy of salvation.

Of course, there’s a long history of avoidance of this doctrine. Some of the framers of the first American prayer book wanted to take “He descended into hell” out of the Apostles’ Creed, and they ended up making that clause optional. It didn’t fit with Enlightenment sensibilities. (Insert joke here about a long history of rampant heresy in the Episcopal Church.)

So, for what it’s worth, here’s my take on all this. It’s difficult to square the idea of hell with the idea of a loving God. Who would be in that hell? Fortunately, this decision is about our pay grade. And, in fact, I think it’s liberating to worship a God who enters the depths of hell to proclaim perfect love and freedom. A God who enters hell can also be present in Darfur. A God who defeats hell can defeat anything.

Here are some questions on which you might meditate:

We thank you, heavenly Father, that you have delivered us from the dominion of sin and death and brought us into the kingdom of your Son; and we pray that, as by his death he has recalled us to life, so by his love he may raise us to eternal joys; who lives and reigns with you, in the unity of the Holy Spirit, one God, now and forever. Amen.

Previous: Article II: Of the Word, or Son of God, which was made very man
Next: Article IV: Of the Resurrection of Christ