An appalling and horrible thing

This is the fourth in a series of posts on a trip, organized by Episcopal Migration Ministries, to explore refugee issues (see here, here, and here) in East Africa. 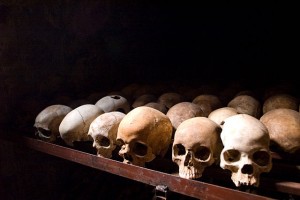 On Friday, March 6, our pilgrimage group visited the Kigali Genocide Memorial. There are memorials for those killed in the 1994 genocide scattered throughout Rwanda. As one would expect for the capital city, this memorial is perhaps the most sophisticated of them all. Many of the memorials are dignified mass graves, with no other facilities. In Kigali, there is a museum which explains the history of Rwanda before the genocide, the events of the genocide itself, and subsequent efforts to seek long-term reconciliation and peace. It’s hard to know how to put such horror — on a scale that is unimaginable — into words.

For those who may not be familiar with events, here is the most basic overview, as presented at the Kigali Genocide Memorial. Rwanda, like most other nations in Africa, historically comprised several tribal/ethnic groups. In Rwanda, the two largest groups were the Hutu and the Tutsi. Well through the 19th century, these groups lived together without mutual animosity. People moved freely from Hutu to Tutsi and from Tutsi to Hutu. Families could have included both Tutsi and Hutu. In the early years of the 20th century, colonial powers created conditions such that the groups would be exclusive of one another. The colonial rulers, to reinforce their own power, put enmity between the local people.

The Tutsi had served as the ruling people of the Hutu, especially in the leadership structures put in place by colonial powers, but the Hutu were the majority. When Rwanda became nominally democratic, the Hutu gained power. Reinforced by Hamitic theology from the church, an ideology of inequality gained ascendancy. Conditions were ripe for violence, and indeed inter-tribal conflict grew throughout the 20th century. Hutu leaders began to plot the extermination of the Tutsi, with the disturbingly familiar notion that “purity” would improve conditions. National leaders deployed propaganda extensively, often with the full support of the church.

Genocide requires several ingredients: collective fear on a massive scale, an identified scapegoat people, the dehumanization of those people, and leaders with a malevolent and contagious vision. Everything was in place in Rwanda by the early 90s.

On April 6, 1994, the president of Rwanda was killed as his plane was shot down on approach to Kigali airport. Within minutes, roadblocks were set up in Kigali and executions of people on “death lists” began. Throughout the country, people had been trained to use machetes and clubs to torture and kill on a massive scale. There were quotas for death rates. Within a few months, hundreds of thousands of Tutsi were killed. Some say the number is well over a million. Despite warnings before and during the genocide, the major western powers and the United Nations stood by.

Here I should probably write about the reconciliation process the Rwandans devised. Their special courts used some processes familiar from the South African truth and reconciliation process, with an additional emphasis on restorative justice. Genocidiers built homes for their victims, for example. But I want to press on and return to the subject of genocide itself.

The nation of Rwanda feels like a place that is teetering on a precipice between two futures. For their sake — and the sake of humanity — I hope they will find a peaceful, prosperous future. But to do that, they need to look carefully at their present and their past. Indeed, all of humanity must stare into the abyss of our moral failings if we are to overcome them. None of us has clean hands.

Surely the story is considerably more complex than this, but this is more-or-less the narrative arc presented by the museum. Every exhibit designer must make narrative choices, and this narrative creates a path toward hope. Inside the exhibits at the genocide museum, two ensigns of a better future stuck out for me — especially because they were sparks of hope in the midst of stark evil. Both examples involve children.

Near the end of the exhibit space, the museum highlights children who died in the genocide. There are pictures of each child along with things like “favorite food” or “things known for.” Oliver, aged 10, died in the genocide. He had asked his mother — as she was facing death — if he should pray for revenge. She responded, “Even if I die, do not take revenge. It is not good.”

In another place in the museum, the story of children at Nyange School is told. Hutu and Tutsi children were in a classroom together. Armed genocidiers entered the classroom and demanded to know which children were Tutsi and which were Hutu. The children would not answer. Common humanity triumphed over tribe and over fear itself. In anger, the genocidiers threw hand grenades, killing six of the children. Those children are martyrs of our humanity: people willing to stand for the common good even at the cost of their own lives. 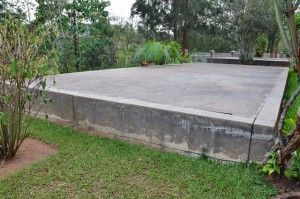 Outside the museum, there are beautiful gardens. In those gardens, some 260,000 victims of the genocide are buried. There are 14 concrete slabs, each of covers about 20,000 victims. It is hard to see. The difficulty of this particular horror is made worse by the fact that we humans have collectively filled countless more graves with victims of genocide and war since the Rwandan genocide. We have not learned.

In our conversation among the pilgrims, we wondered if the Rwandans had engaged in enough self-examination and reconciliation work. Are they papering over their past? Can they have a peaceful future without this work? Or have they done enough? I don’t know.

I know with certainty that my own nation has not done much hard work of self-examination and reconciliation. Our political ideology of might will not permit it. We’ve done little to look at our history (and present practices) of slavery or racism. We haven’t considered Hiroshima or Nagasaki or Dresden. We refuse to consider our continued exploitation of the weak by the strong, of the poor by the rich. Meanwhile, as we refuse to do this work, we start new wars even as we say we do not have the resources to defend the vulnerable in places like Eritrea, Somalia, Syria, and many other places in our world.

The day after we visited the genocide museum, the daily office lectionary brought these words from Jeremiah: “An appalling and horrible thing has happened in the land.” The prophet could be writing to us today. Appalling and horrible things have happened in the land of Rwanda and in too many other lands. Will we heed the words of warning? Will we turn toward the God of righteousness and justice?

As I write this, I find myself wondering what to make of it all. I put off writing this post for over a week, hoping some sense would occur to me. What I do know is that we shouldn’t need genocide museums. We shouldn’t stand by while the conditions that lead to genocide are put in place. God help us, we shouldn’t create these conditions ourselves. We shouldn’t look the other way while vulnerable people suffer and we are comfortable.

I do know one thing with certainty. We should pray, and praye fervently. Lord, have mercy on us all. 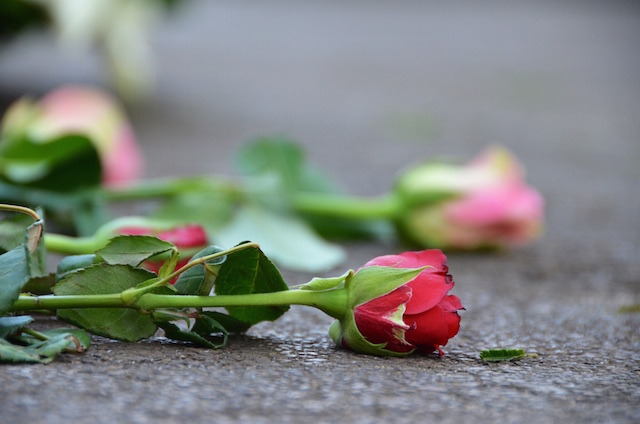 We placed flowers on one of the tombs. It’s a beautiful, but meaningless gesture, unless we also pray and work for change. Again and again, let us pray to the Lord. Lord, have mercy on us all.

Note: I am grateful to fellow pilgrim Spencer Cantrell for reading a draft of this post and offering helpful comment.

Photo credit: “Nyamata Memorial Site 13” by I, Inisheer. Licensed under Creative Commons via Wikimedia Commons. Remaining photos by the author, available on flickr.