What is Truth? A reflection on the neglected reality of Truth with a capital T 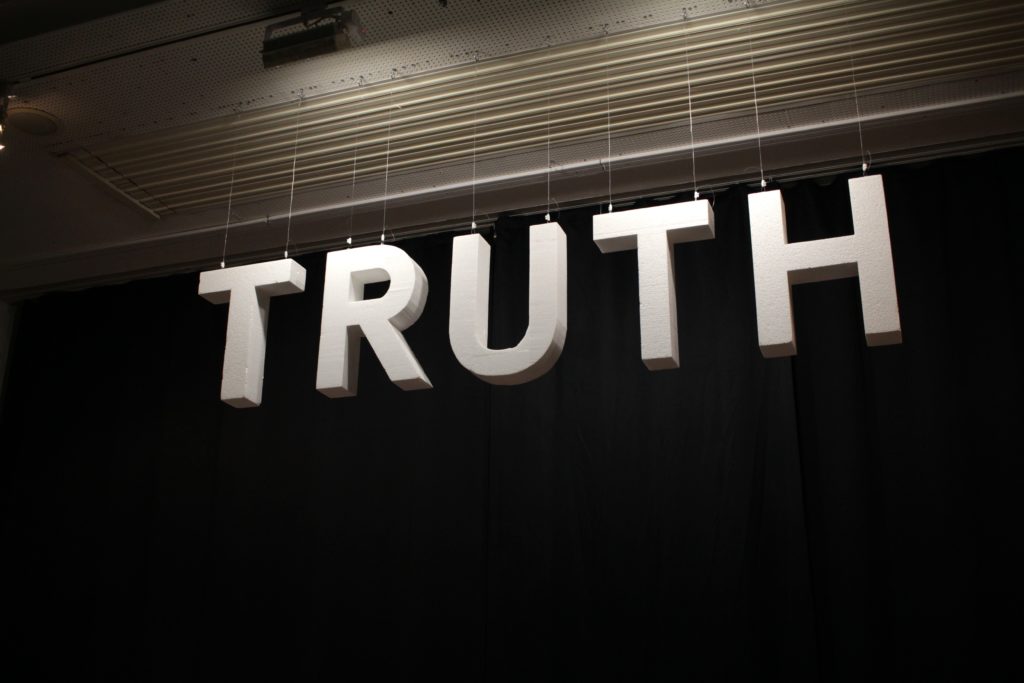 Stephen Colbert famously coined the word “truthiness” as a way of poking fun at our habit of caring more about our own feelings than attaining the truth. Plenty of others have observed that we now live in a post-truth era.

I have plenty of thoughts on why truth matters, but I get downright passionate when it comes to the truth from a Christian perspective. Caring about the truth isn’t optional for those who follow Jesus Christ.

The scriptures are clear. Let’s take three examples from the Gospel of John.

First, Jesus himself says “I am the way, and the truth, and the life” (John 14:6). In my experience, many Christians don’t have problems understanding Jesus as the way and the life. We understand that we need to pattern our lives after the way he lived. That’s the way. And we understand that, somehow, Christ’s presence abides in our own lives when we are united with him. That’s the life.

It’s the truth that confounds us. To say that Jesus is the truth means that his teachings are not optional, that they are, well, true. It means that we can’t build a Christianity of convenience, but rather that we have to acknowledge Jesus as our revelation of truth.

Second, Jesus said another time that to those who would follow him, “you will know the truth, and the truth will make you free” (John 8:32). The truth of Jesus frees us from sin and from all the tyranny of our world. The truth of God’s love frees us from worrying about how much stuff we have, or how much power we have, or how we can maintain an illusion of safety. How does this work?

For those of us who follow Jesus, love is everything. God’s love for us, even though we don’t deserve it, is the gift of grace. God asks of us two big things. We must love God and love our neighbors. If we do that, our lives will be filled with immeasurable joy as we reflect back the grace that God has given us. The truth and the power of love is stronger than Wall Street, stronger than the Pentagon, stronger than our own fears.

When we say “love is everything” or “Jesus is Lord”, we are saying that nothing else has a claim on us. In that way, truth is scary. Truth-tellers usually pay a high price for speaking truth. Jesus himself was crucified for telling the truth. Martin Luther King, Jr. was assassinated for telling the truth. History is filled with martyrs and with those who suffered for clinging to the truth above all else.

Third, we come to one of the most famous questions in the Bible. Pontius Pilate, in a moment of high drama as Jesus was on trial, asked, “What is truth?” (John 18:38). Pilate was trying to do what so many powerful people have done through the ages — to undermine truth itself. If you can succeed in making truth relative, then soon nothing matters except power, wealth, and fear.

So you see, truth is baked into the Gospel. Truth is why Jesus lived among us. Truth matters, except to people like Pilate, who want to undermine truth itself.

It’s time for people of faith to rise up and demand the truth. We cannot be content with truthiness. We cannot get comfortable in a post-truth age. After years of faith leaders talking about each person “speaking their own truth” we seem to have lost the capacity to speak about Truth with a capital T.

For several months, our nation was gripped by an impeachment trial. It’s not partisan to observe that this process was about anything but the truth. Democrats shaped the process to achieve their political goals. Republicans resisted witnesses and evidence that would have revealed the truth. I have my own partisan views on which party and which politicians have been the chief culprits, but we can all see the overall pattern. Partisan political theatre has risen at the expense of truth.

Seeking the truth for its own sake is increasingly rare these days, and we have to do better.

Factual truth is verifiable, or not. Scientists, historians, and others can help us find the truth, and we should let them do their work on our behalf, always in service of the truth. If someone says the sky is gray when it is really blue, we must challenge the assertion as the lie it is and find recourse in verifiable truth.

Then there is moral truth. This one is more difficult. I won’t talk here about universal moral truth, and this kind of thinking isn’t my strength anyway. As a priest, my field is the moral truth within the Christian faith. There are certain things that we Christians hold to be deeply true.

Here are some truths: God made the universe. People are made in God’s image. We must love our neighbors. We must care for those at the margins — widows, orphans, migrants, strangers, and so on.

If people who claim to be Christians speak against these deep truths, we must call out immoral lies for what they are.

In some ways, it isn’t surprising we’ve gotten ourselves into this post-truth mess. Many preachers for several generations have taught that truth is relative. But the fact is, truth isn’t relative. It wasn’t relative to Jesus Christ. It isn’t relative to God the Father, and the promise of the Holy Spirit to lead us into all truth doesn’t make sense unless there is Truth with a capital T.