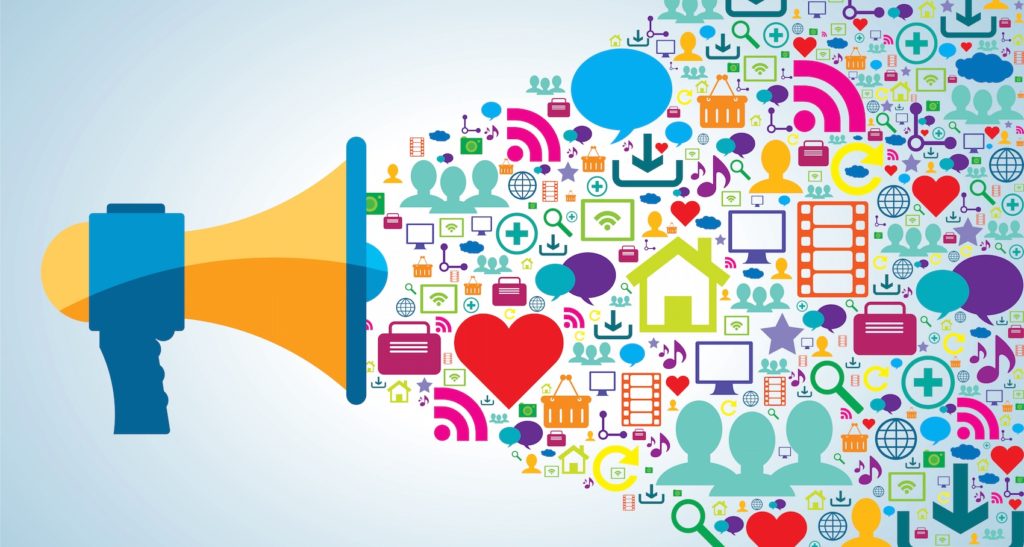 I’ve seen some discussion recently about how Christians, especially leaders, might best use their voice on social media. It’s a good question, and it’s something I’ve struggled with over the years, first as a blogger and then, more recently, as a denizen of Twitter and Facebook. So here are a few thoughts, which I expect I’ll continue to refine in the months and years to come.

Some of you might have seen Bishop Dan Martins’ recent post on the Covenant blog, “Political Positioning and the Episcopate.” Bishop Martins is a board member at Forward Movement and a friend, and I enjoy what he offers on social media. I’m always grateful for his blogging at House of Bishops, as his blog is one of the only glimpses into what our bishops are doing as they gather. Bishop Martins argues that bishops should post their political views only on matters that are morally clearcut for all (or nearly all) Christians. That’s my brief paraphrase of his post, which I encourage you to read.

The problem, of course, is that this reticence runs the risk of abrogating the teaching office of bishops (and for other leaders too). Perhaps it is precisely in difficult or ambiguous matters that a bishop’s voice is most needed online. The trick, and it’s not easy, I fully admit, is to offer wisdom, teaching, and guidance in a way that is not partisan and that might leave room for people of other views.

We have moved into a zero-sum political game in our national life. We’ve lined up on our ideologically extreme sides, and one must hold fast to the ideological orthodoxy of one’s team or risk expulsion or rage. Our news media teach us to think this way, whether we watch MSNBC or Fox News. Social media was depressing for me most of last year, as people of all stripes reposted articles from places like Breitbart and ThinkProgress reinforcing existing views. And on and on and on. I don’t think it’s helpful for Christian leaders to engage in this unwinnable battle.

This past summer, on Facebook, I managed to host a few conversations across partisan fault lines. I asked at one point that people say one positive reason why someone might vote for the “other” presidential candidate. It’s a classic exercise in empathy, and I was pleased to see that most people could do it. A few could not. I continue, months later, to receive gratitude for those conversations. Who remembers a Facebook conversation months later?

I wonder if there’s something here for us to learn. Maybe Christians could use our social media to respectfully articulate our views (to speak the truth in love, not in anger or bitterness) or invite conversations across social dividing lines. Isn’t that what Jesus did all the time? As we look to Jesus for a model, we also notice he was neither nice nor reticent.

Twitter is tough, and it is where I most often fail. It’s hard, but not impossible, to be nuanced in 140 characters. The medium invites instant response, before one’s compassionate heart has a moment to weigh in. It’s tempting to write that Tweet which will surely yield a rich bounty of retweets and likes. But at what cost? It’s tempting to post that Facebook status that all our ideologically aligned friends will like but which will only confirm the opposite view among our friends on the “other side.”

No doubt, the safer approach for Christian leaders is to stay silent or to stick to comfortable topics. But I don’t think any part of the Gospel calls us toward safety. When Christians stay silent — or merely participate in the epic take-no-prisoners, scorched earth battle of news networks — we cede ground to extremists and partisans.

What if we all moved into the neighborhood and practiced compassion or demonstrated empathy? What if we said that in God’s economy, there’s no such thing as a zero-sum game? What if we occasionally appreciated something about a different view from ours, even if most of what we read there seems wrong? What if we admitted that our own side might have limits?

I don’t want anyone to think I’m policing tone or trying to quell righteous anger. It’s all well and good for a person of privilege like me to calculate whether I’ll weigh in on some topics, because I know full well that many social policies won’t affect me directly; I know, however, that when someone is the person who might be deported or who might lose health insurance or who might have their marriage invalidated or who might have new neighbors who could be frightening to them, responses might not be tempered. And that’s fine. We’re all humans, and part of our empathetic response must surely include understanding something of the context of people who post things, especially challenging things for us, on social media. If nothing else, we should remember that the Bible is full of people with righteous anger, and God’s usually on their side.

So where does that leave me? I’m still trying to figure this out, and I welcome your wisdom and questions, dear reader. I think many Christian leaders — looking at you especially, bishops — tend too far toward reticence. Many other Christian leaders lose credibility by posting online in a way that is not discernibly Christian. Neither of those seems satisfactory to me.

Here are some possible guidelines, and I’m still figuring this stuff out…

Be curious. Questions are a great way to generate positive, helpful conversation. They do need to be real questions, not just setup or sophistic questions.

Practice empathy. Why would someone hold a position so repugnant to me? Might they be a person of good faith? Misguided? Wounded in a way I can’t see? Suffering under the weight of fear I don’t know?

Stick to credible sources. It’s easy to hate fake news, and with good reason. So why do some many of us still post fake news that agrees with our side’s views? No, Trump didn’t just declare martial law. No, Obama isn’t running a secret army. Seriously, people, at least take the time to check Snopes before you get all riled up.

Use scripture. Here’s a shocking idea. Maybe scripture has something to teach us. And since the Bible specifically  wasn’t written about 21st century political issues, it’s inherently nonpartisan. We just need to crack it open to get at some bigger questions, wider views. And here’s a pro-tip: if the Bible always validates your personal political views, you’re reading it wrong.

Take a deep breath. Before you hit “post” take a breath. Is this just a zinger that will feel good in the short run, but not be helpful in the long run? Back in the day, my sometimes contentious blogging of Anglican matters was governed by the fact that I was likely to run into some of the people I was writing about. I need to make sure I remember that people who don’t agree with me will read my tweets. How will that be for them? Am I speaking the truth in love? Or just scoring points at their expense?

Remember your ministry context. If you’re a Christian leader, think about who you’re serving. This is something that Bishop Martins does a great job of reminding us in his article, above. It’s important for a parish priest. Not everyone in the parish is a Democrat or a Republican, and we shouldn’t behave as if that’s true. We shouldn’t use social media in a way that cuts off relationships with those we serve (but see next item). On the other hand, maybe as leaders it’s good for us to provoke people a bit, just as we ourselves are hopefully provoked at times. There will be certain things that one won’t wish to criticize based on one’s context.

Laugh. Humor is a godsend. The trick, of course, is that sometimes one person’s joke is another person’s offense. Is the joke at the expense of a weak or vulnerable person? Would I make the joke if the object of the joke were standing in front of me? Would I mind if someone made a similar joke about me? These are some of the things I think about. And when I get it wrong, I apologize (see last item in this list).

Curate conversations. I insist, for instance, on my Facebook wall that people are respectful toward one another, and I actively welcome dissenting views. If someone gets out of bounds, I usually invite them to reframe, and if they’re unwilling, I very rarely delete comments or block people. When someone respectfully tells me I’m wrong or nuts, I thank them. Because how else are we going to heal divisions if we don’t talk to one another? And how are we going to get good at talking to one another if we don’t try and sometimes fail?

Apologize when needed. I’ve learned that when I go over the edge online, people are almost always willing to forgive when faced with a sincere apology.

This is all a work in progress. I do hope we get it right, and I firmly believe that getting it right means using our voice online, even on controversial topics. The Christian voice is important, and silence does no one any good. It’s worth the trouble to figure out how to do this, even if it means stumbling along the way.

We must no longer be children, tossed to and fro and blown about by every wind of doctrine, by people’s trickery, by their craftiness in deceitful scheming. But speaking the truth in love, we must grow up in every way into him who is the head, into Christ, from whom the whole body, joined and knit together by every ligament with which it is equipped, as each part is working properly, promotes the body’s growth in building itself up in love. (Ephesians 4:14-16)

Image from here, a blog post worth reading on social media tricks.