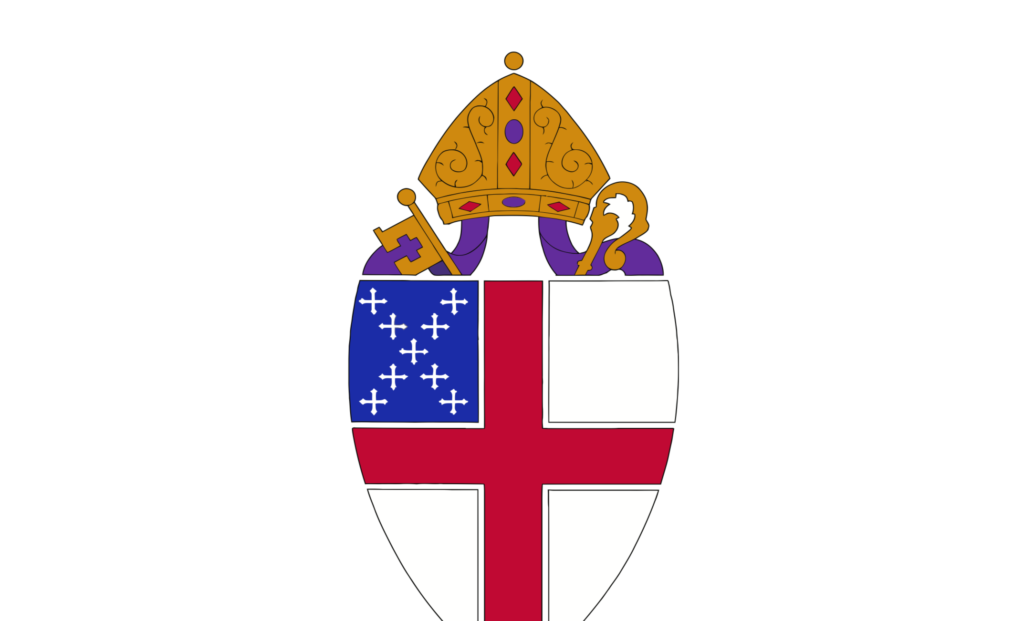 This is the eleventh post in Blue’s Clues, a series on the resolutions and reports of the Episcopal Church’s General Convention. The index of posts is here, and my index of resolutions and likely votes is here.

Last General Convention, not only did we elect a new presiding bishop, but we passed a resolution (2015-B023) calling for “a complete post-election review of the work of the Joint Nominating Committee for the Election of the Presiding Bishop including all aspects of the process including the work of the Transition Committee.”

There was, as far as I know, no particular concern about the result of the election process in 2015. Rather, we all knew that the process we have created for electing and transitioning to new presiding bishops is too complicated and expensive. It costs hundreds of thousands of dollars. The first symptom of an overly complicated process is our 29-member nominating committee. Twenty-nine people! This massive size is an artifact of our provincial structure, which is itself an artifact of nineteenth-century polity problems. So, yeah, maybe there is room for improvement in this process.

The task force assigned to look at the problem has done thorough research, and I think they’ve diagnosed many of the issues we face. I’ll say right now, I’d gladly vote for nearly every one of their solutions. But I wish they had gone further. They have simplified and clarified the process in important ways. They have outlined a process that will, I think, lead to a smoother and more effective transition when the newly elected presiding bishop begins. All that is good.

This report is thorough, and the task force outlines what steps they took to understand the situation and their thinking in offering solutions. Their resolutions are well written (with a couple of suggestions to come, below). So, yay, task force!

For those who don’t know how all this currently works, here’s the short version. I’m leaving out most of it, so read the canons if you want the full scoop. A massive nominating committee is elected at General Convention. They spend a zillion dollars writing a profile of what the church needs in a PB. Bishops are nominated for consideration as the next PB. The nominating committee does interviews and background checks, and eventually announces a slate of nominees. At General Convention, the House of Bishops lock themselves in a church and elect one of their own as the next PB. (Sadly, they omit the visually cool Vatican-esque white smoke upon election.) The House of Deputies votes on whether to concur with the election. The new PB begins work November 1, including an installation service at Washington National Cathedral around that time.

For the most part, what the task force wants to propose is a smaller nominating committee and a clearer process. There are also important gaps they’ve filled in. For example, in the current process, nominations are supposed to come and then be vetted by a committee, but we allow last-minute nominations. Those last-minute nominations don’t get the same background checks, which is a problem. In the proposed process, there are no more last-minute nominations, unless the House of Bishops are deadlocked, in which case they can nominate someone new to add to the slate and then keep voting. Background checks, anyone? The task force has also offered clarity and some appropriate resources to fund the transition to a new PB, including the hiring of an organizational consultant and so forth. As I said, I think what is proposed here moves us in the right direction. I’m glad to vote for nearly all of it.

Here’s the thing though. I think we should be more radical. Let’s start with the profile. Anyone who has been a bishop for a while ends up with a decent grasp of the work of the PB and the situation the new PB will face. This isn’t to say they can fully know the situation, but I don’t think a profile is going to provide much knowledge the bishops don’t already have. If the audience for the profile is the wider church, then the 815 communications team can make a five-minute video that explains the ministry of a PB. I just don’t see that a profile is going to help in the recruitment of candidates or in their discernment in the way a parish profile does that job. So I’d suggest we skip the profile.

If it were up to me, I might skip the nominating committee. What if we asked the House of Bishops to just elect, from among their number, a slate of five candidates? And then what if the election of the PB was done jointly (requiring concurrence of bishops and both clergy and lay deputies)?  My suggested process gives the bishops a role of their own (but it’s making the slate now) and involves the lay people, priests, and deacons who are Convention deputies a greater role in the election. Then once the election is complete, there’s no need for further concurrence, since everyone has just voted on the elected person.

I would not allow any provision for last-minute nominations. Maybe we need to get a larger slate. But any time you permit last-minute nominations, you skip the part where candidates are vetted. That’s a bad idea. By the way, for the same reason, we should not allow nominations from the floor for President or Vice-President of the House of Deputies. We need a process to have folks go through a background check. But that’s another topic for another day.

My suggestion here saves boatloads of money, because there’s no profile, no nominating committee, and one election to manage. I’m sure there are downsides, which you can point out in the comments. Even if some of my details are flat-out silly, the point is that there are even simpler and clearer ways to get a new PB than the task force has offered.

By the way, let’s also talk about the installation service for a new PB. What if we did that at the electing convention? There could be some kind of formal investiture with staff or Executive Council right on November 1, but the big pomp & ceremony celebration could happen while all the bishops and deputies are already in one place. I’m guessing, by the time you calculate travel for all the people who go to a National Cathedral installation service, that service is costing upwards of a million dollars.

Speaking of cost, the task force’s newly improved process proposed here is budgeted at $515,000. And that’s a bargain compared with the current process. So we are talking about some real dollars.

One note about the transition portion of recommendations: the task force proposes that the “Standing Commission on Liturgy and Music structure the framework of a liturgy for the Celebration of a New Ministry and Induction of the Presiding Bishop.” I don’t think this is a good idea. The skills one needs to do effective work on the SCLM are different from the skills one needs to design a large, multifaceted liturgy. If anything, let the new and outgoing PBs jointly create a planning team, and ask that team to consult with the SCLM. Otherwise, I think the transition proposals from the task force are mostly quite sensible.

Anyway, none of what I suggest here will happen at this convention. We can still make good progress in having a more streamlined process by implementing the improvements we’ve been offered. I am grateful to the task force for detailing the challenges we face and for offering effective solutions.

When you read the task force’s full report, make sure you go all the way to the end, after the resolutions. They offer a very helpful history of our process of electing and installing presiding bishops. Think of it as a FREE BONUS in your Blue Book journey.

This resolution would amend the canons about the transition of PBs to add a provision, “if the former Presiding Bishop has not attained the age necessary for full retirement as determined by the Church Pension Fund, he or she shall nonetheless be eligible for full retirement.” It’s a wonderful idea, but the task force does not suggest who would pay for this. The pension fund can’t possibly be expected to pay out benefits without the funds to cover their cost. Let’s say we elect a PB who completes a term at age 60. That leaves twelve years until the retirement age of 72. The PB currently earns a stipend of around $292,000. Let’s assume their annual pension benefit at retirement is about 60% of that, which it would be (I think?) if they’ve put in 30 years. So that’s $175,000. Multiply that by 12 and you end up with a pension liability of $2.1 million. This is probably grossly wrong, because I’m not figuring out investment returns or cost-of-living adjustments or much of anything. But it’s probably in the right order of magnitude. Are we going to set aside two million dollars to fund the bonus pension of a PB? If so, it needs to be specified in this resolution.

But that’s not my main reason for opposing this. I get that being PB is exhausting. I can’t imagine what it must be like. However, everyone who runs for the office knows how old they’ll be when they finish. If someone says, “I don’t want to work after a job like that,” then that person can choose not to run. Or someone can say, “When I finish as PB, I’ll work as a bishop elsewhere, or teach, or serve in a parish, or…” We probably should fund a sabbatical rest period for outgoing PBs (in addition to the sabbatical they should earn about halfway through their term), but I’m not in favor of funding an additional retirement benefit for a highly compensated, powerful person who will have options for varied employment.

If we were going to spend two million bucks on pension benefit improvements, I’d rather supplement the retirement income of part-time clergy, especially those who have suffered salary discrimination because of gender or race. We could make a real difference to people who probably really need that income.

It’s not that I’m unsympathetic to the need to take care of a former PB. But they know that they’re doing when they make the choice to run, and they’ll have options for employment upon completion of their work. This is not where I would prefer we invest our resources.

This is the canon change that implements the streamlined and clarified process for electing a PB. You really need to read this one, carefully. I know, canons can make one’s eyes glaze over, but your time here will be well spent. I’m generally of the mind, as I’ve said, that the proposed process is better than the current one. But there are changes, and you’ll need to decide if you agree with me.

The last amendment is a deal-breaker for me if it’s not fixed. Otherwise, I’m glad to suppose this resolution and the improvements it offers.