Several months ago, The Living Church asked me to contribute an article to their series on prayer book revision. They asked me to write especially about evangelism, mission, and liturgical revision. TL;dr I said that prayer book revision in and of itself will neither advance nor hinder evangelism. I further suggested that we might do well to get to know our current prayer book before we toss it aside. Check out the article (“A good map for the journey“) if you want the full spiel. 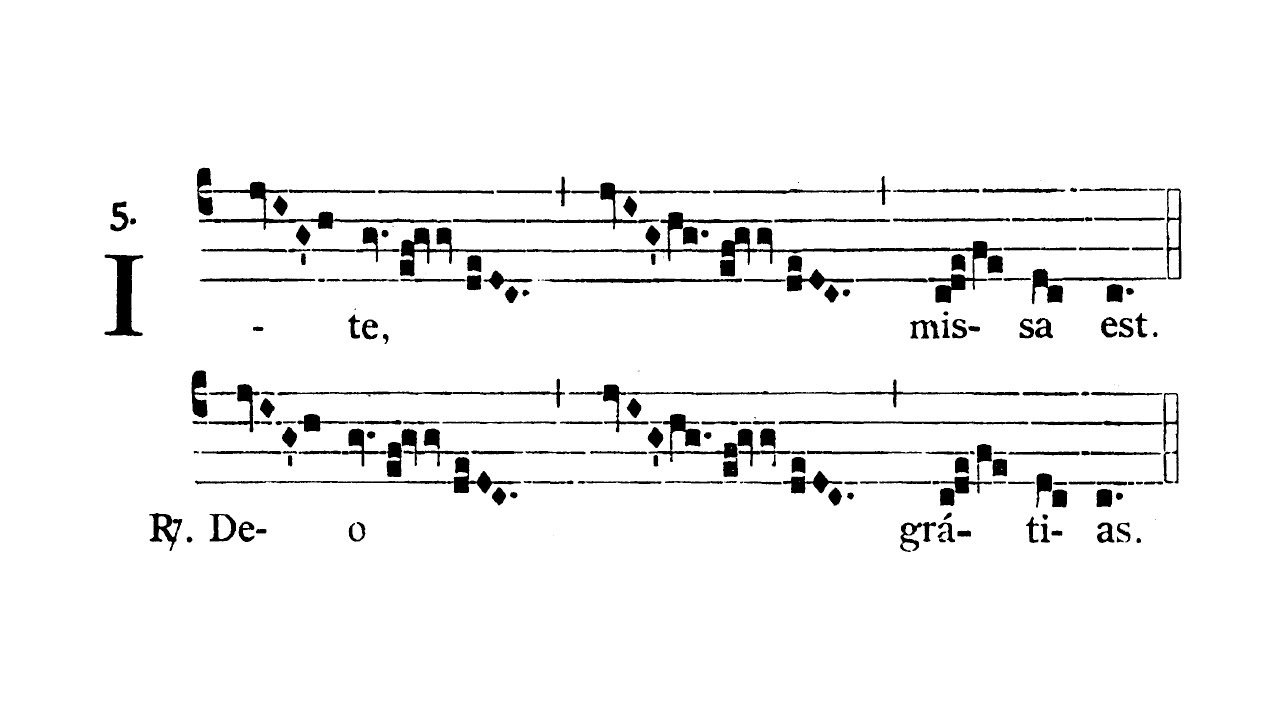 Here I want to expand one point — about the dismissal — I made in the article.

Too many congregations turn the dismissal into a caricature, adorning it with superfluous alleluias and a kind of charismatic energy that is notably absent from the rest of the liturgy. It’s as if the dismissal were the announcement of a party instead of a solemn charge to serve the world in Christ’s name, in a way that will be dangerous if we take it seriously. If we do what the prayer book says, the dismissal is given from the altar immediately after the blessing, when the connection between nourishment, discipleship, and mission is unmistakable. This is one of many ways in which I suspect we would do well to use the prayer book (instead of detouring around it) before we convince ourselves of a need to jettison it.

Again and again, I encounter an almost obsessive resistance to doing the dismissal as our prayer book envisions it. This is unfortunate, because the few words of the dismissal are one of the most important parts of our liturgy (though it’s hard to pick favorites!).

I actually like using the term “Mass” for Holy Eucharist, because to call our gathering the Mass is to recall the mission focus of our liturgical life, especially the dismissal. That’s where the word comes from, from the Latin dismissal, Ite missa est. So maybe instead of making up words like “missional” we could encourage a mission-focused church by simply using the word Mass for our weekly gatherings. Wouldn’t that be novel? Alas, I have digressed. Let us return to the dismissal.

When given from the altar, immediately after the blessing or postcommunion prayer, the point is inescapable: we are nourished by the sacrament and are being sent into the world for our ministry as Christian people. Nourishment, discipleship, and mission are bound together.

Too often, in my experience, the dismissal is cut off from the altar as it is given after a hymn from the back of the church — with a kind of exuberant energy that is found no where else in the liturgy. Worse, errant alleluias are appended. This I find troubling for two reasons. First, it robs the Easter season of one of its hallmarks, when I wish we would celebrate the richness and diversity of the liturgical year rather than smoothing over differences. Second, and more disturbing, it undermines the reality of Christian witness and ministry. Let me explain.

You see, if we’re doing the things that Jesus Christ asks of us as his followers, we will inevitably get into trouble. Being a Christian is difficult, if not dangerous. If the baptismal promises are anything more than words, we will speak up and stand in solidarity with the vulnerable. We will insist on justice and peace. These deeds will challenge the very essence of American cultural power and might.

If the dismissal were about going into the world to be nice, then it might make sense to add some alleluias or even a “Yay, rah!” But the dismissal is anything but that. We are sent forth in the name of Christ, not in the name of empire. We are meant to rejoice in the power of the Spirit, not the power of the state or the power of money. We bless the Lord, love the Lord, and serve the Lord. These are exactly the things that got the earliest Christians killed. These are the things that cause Christians in many places in the world today to be killed, martyrs for the faith we all profess.

To tack on alleluias and use a cheerleader voice with the dismissal — and to pretend that being a Christian in the world is all fun and games — is the height of complacency and privilege. Doing this turns our back on our beloved Christian family in, say, Iraq who risk their very lives to be Christians.

I am not suggesting that the Christian life is without joy. Nothing could be further from the truth. But that moment in liturgy — the one where we prepare to turn outward — is a moment of solemnity, for in that moment we are asked to carry on the ministry of Christ himself, and that is take-up-your-cross kind of work.

Enjoy the alleluia-free dismissal of this Lenten season. Then shout out our alleluias with abandon during Eastertide, as we revel in Christ’s triumph over death and destruction. But when Eastertide is over, let us all take seriously the work we have been given to do.

Let us bless the Lord.