No saints of the status quo

In this week’s Monday Madness video for Lent Madness, I mentioned how the church doesn’t remember saints of the status quo…because there aren’t any. A few people on social media latched onto that comment. Of course, I bungled my own saying, but whatever. Back in my parish priest days, I would occasionally say in sermons or classes, “There are no saints of the status quo.” What I meant by that is that nearly all the people we remember and commemorate as saints are people who, in some way, rocked the boat. 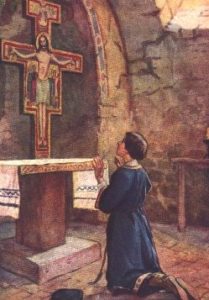 Think about it. St. Francis, whom we love to remember as the darling of cute animals and the inspiration of birdbaths, is actually a radical. He gave up great wealth and challenged the church to return to its Gospel roots. We could look at endless examples. The saints we remember in our calendar are treasured by the church because they called the church back to the Gospel, because they challenged secular rulers to remember the poor and vulnerable, because they insisted on proclaiming the Kingdom of God, because they invited a renewed life of prayer and service among God’s people, or something else. They said Jesus is Lord, and no one else can be a Christian’s lord.

There are no saints that I can think of who are remembered for protecting wealth or privilege. No saints worked to erect social boundaries to punish the vulnerable. No saints preached about resisting the call of Jesus to give our whole selves to his service. No saints suggested that it’s cool to pray or pay tithes only when it’s convenient, based on secular pressure. No saints urged people to “spend time with family” on Sundays instead of worshiping God. No saints taught that justice is God’s will for a few, while many should suffer injustice. No saints said we should gaze at the vulnerable and be content to send “thoughts and prayers” their way.

In our present climate, we might learn something from these saints and their witness. Many of the saints got into trouble in their own day. The establishment — whether church or state — has never liked uppity people. The saints were charged with lacking decorum at best and with treason at worst. In the abstract, loving the poor sounds like a good idea, but when saints stood up for them in very specific non-abstract ways, it meant trouble.

So you might hope we could change our expectations, now. Even in the last few weeks, I’ve seen people urging our church to be prophetic rejected for being “unseemly” or “too angry” or “out of line.” Guess what. Jesus was all of these things when he turned over the money-changers’ tables in the Temple. If someone is going to challenge the Episcopal Church, for example, to sort out its place in society — a place that should not be one of privilege, but solidly on the side of the vulnerable — then we Episcopalians had better figure out that prophets’ words matter more than whether they used their salad fork at the right time.

I’ve been proud of many in our nation, and our church, for standing up for refugees in the last few days. By the thousands, people rallied at airport for strangers whom they’ll never meet. Churches have opened their doors, and clergy have spoken on behalf of refugees. We acted and we spoke. This is what saints do.

None of the saints was perfect. We should not expect our modern-day prophets or saints to be perfect either. And yet the saints are treasured, not because they always had it right, but because the light of God’s love burned brightly in their lives. Perfect love radiating through imperfect people. That’s what discipleship and saintly behavior are about.

Another important aspect saintly living is the cost of discipleship. Being a Christian is not easy, and if it is easy, we’re not doing it right. The saints in their witness have paid a great price. Sometimes being a beacon of God’s love means that we will give up status or treasure or comfort or even life itself. As a friend said to me recently, there are no armchair saints. We should expect that when we disrupt the status quo, we will be criticized. We will lose privilege and status. We might lose money. Some saints, even modern ones, will pay the ultimate cost of discipleship and become martyrs.

In our stained glass windows and pious legends, it’s easy to domesticate the saints. But the reality is that the great processions of saints on earth and heaven probably look a lot more like crowds of marchers with protest signs standing for the vulnerable than we might have imagined.

We live in a world where the chasm between wealth and poverty is ever wider. We live in a world where some would create human divisions to separate God’s precious people one from another. We live in world where peddlers of fear make more noise than bringers of hope. None of this is new. Until the end times, when our entire world will reflect God’s radiant glory, let us all strive to be disrupters of the status quo, saints through whom God’s love can shine brightly.

Let us challenge the status quo, whether it is inside the church or in secular society. Let us remind those who would shut us down that God is always on the side of the vulnerable. Let us remind polite people that the church remembers people who rock the boat. Let us march in and with the light of God. 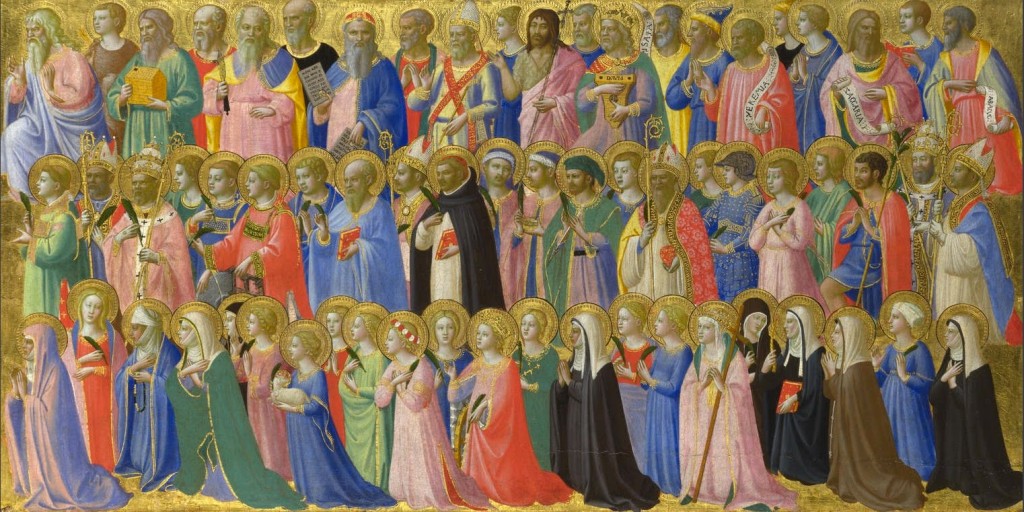