Last week, I blogged about my experience at the Anglican Church of Canada’s General Synod. As I wrote then, the headline-grabbing event was the vote on changing the canon on marriage to permit same-sex marriage. This was even more notable because of an error in tabulating the vote which caused everyone to think, initially, that the vote had failed, but then later to realize the change had passed. You can read more about the vote and the details of the error elsewhere.

Plenty of people have written about the issue of same-sex marriage and about the vote in Canada. I’m interested in two specific aspects of what happened to see if there might be lessons beyond this single vote. Firstly, I’m interested in what I see as an inherent invitation to practice empathy in the way the vote results were made known. Initially, it seemed that one side had reason to be pleased and another dejected; then just as quickly, the count of a single vote flipped things around. Secondly, I’m intrigued by some of the responses I saw to the final result. “It’s a God thing!” I saw one person write. I wonder about that.

So let’s start with empathy, something that seems almost entirely absent from the public sphere (and, too often, the church) in America.

Last Monday evening, the same-sex marriage change appeared to have failed in the General Synod. I will say that I saw no triumphalism from the side who prevailed, and I did see lots of grief on the side that did not prevail. That’s understandable. The next day, when the result was corrected, most folks seemed shocked (on both sides) more than anything else. Again, I saw no outbursts of triumphalism from those who prevailed. From my outsider’s perspective, I admired the compassion that was shown all around. I think the members of synod understood how close the vote was, but also just as important, how close they are as a church. One should never rejoice in a way that wounds another.

But of course, it is also natural for one side or another in any legislative debate to be relieved or happy or sad or crushed or joyous or wounded or whatever. We shouldn’t need to suppress our emotions or our reactions. We should, however, be who we are in way that respects the dignity of those with whom we disagree. It’s often easier said than done.

I was interested to watch reactions on social media, often from people who were, like me, not Canadians. Seeing word of the vote results change, some people said “well, now both sides have felt the same despair.” Well, not really, because there’s another aspect of empathy here, and on this one, the church in Canada didn’t do so well. In debate leading up the vote, those who opposed the change used the word “abomination” several times to describe LGBTQ+ people. I heard it said that LGBTQ+ people cannot know salvation. This was a move beyond theological debate and into the realm of personal attack, a failure to respect the dignity of others. Surely there are respectful ways to articulate an opposition to this change, but sometimes there was a failure to imagine what it must be like to hear the words of debate for the other side. Moreover, there is a manifest empathetic failure in attempting to equate the experience of personal dehumanization with the experience of not getting one’s way. It’s one thing for me if a vote doesn’t go my way, even on issues about which I am passionate. It’s an entirely different matter to be told one is unworthy of God’s saving love or that one is an offense against nature. There might be real pain for everyone involved, but that does not mean that there is parity in suffering.

Here I have no answers, and I am quite sure I have at times failed to practice empathy in making the case for change (or lack of change) in the church and in society. Watching what happened in Canada, both what was done well and what could have been better, I have a newly kindled desire to articulate my perspective on various issues in a way that respects those with whom I might disagree. This does not mean that I or anyone else should dial back the truth, but rather that we all might do well to imagine how others will hear what we say.

Most of my friends are left of center, and so my social media feeds are largely filled with disapproval as the Republican National Convention gets under way. Too often, I think, those of us on the left simply dismiss or apply easy labels to those who disagree with us. When we label all Trump supporters as mere bigots or stupid people, we are failing to show empathy — and, by the way, failing to understand our political situation and what has brought us to this place. Would it not be better to ask questions? Why do you support Trump? If you are afraid, what are you afraid of? If you feel that something has been lost in our nation, what must we regain? Sure, there is lots of racism among Trump’s supporters, but it’s more complicated than that. Our nation is more complicated than that. There is also plenty of racism on the Democratic side, for one thing, and we mustn’t ignore our own sins if we are liberal supporters of Democrats. I’m writing this as a liberal, but you could spin the example around. Rather than dismiss Clinton supporters as elitist automatons, maybe it’s worth asking questions.

It’s easy for all of us to focus on the sins of others. It’s frankly a lot easier to devise convenient labels or categories than it is to understand people. One of the complaints I see across the political spectrum is that our country is divided. I hear the same complaint about our church, from folks left and right. You’ll see the divide called different things depending on who is doing the talking. But isn’t the only way to tear down the divide to understand those on the other side of the issue and to build bridges? How can we do that if we stick to theological or partisan talking points and never ask questions or practice empathy? 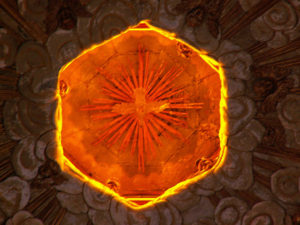 I’d like to change gears a bit to some responses I saw in reaction to the vote. “The Holy Spirit is at work here!” one person wrote gleefully. Perhaps so. But I’ve noticed that the Holy Spirit is often said to be present when someone loves the music or a vote goes a certain way. What about when a different person loathes a piece of music or is disappointed by the vote. Are they on the wrong side of the Holy Spirit? Is it possible that we’ve confused the Holy Spirit with our own warm, fuzzy feelings? Maybe we’d be better off saying, “I was pleased with that vote!” or “I love this hymn!”

Another person said something that I also hear quite often after church votes. “It’s a God thing!” Well, perhaps. I do believe that God can intervene in human history, and so I’m reluctant to rule out the possibility. But let’s think this one through. For the final passage of the marriage canon change to have been a God thing, it would suggest that God caused the votes to be incorrectly recorded and then set up conditions whereby the vote count would be corrected. So God is getting the credit for a set of circumstances in which some peoples’ hopes were dashed only briefly before others’ hopes to be dashed. Maybe the voting count error was a human mistake.

Reflecting on all this, I wonder if we might be misreading the Holy Spirit’s presence among us, missing out on genuine encounters with the Spirit. Rich grace might be coming among us when seemingly impossible divisions are bridged, when deep understanding is achieved against all odds. Maybe it’s a God thing when someone is on the losing side of vote but manages to find well of gratitude for being in common relationship with a church or a nation broad enough to encompass debate and difference. Perhaps God is with those who lose as much as with those who win, or even more so.

For my part, I’m resolving to increase empathy, especially in this deeply difficult political season and in a time when our nation seems to be tearing apart. I’m also going to look for God’s activity in my life when things aren’t going my way. (I’m also banking my salvation on the hope that humor is welcomed in heaven, because I plan to laugh my way through much of the next few months — laughing at myself and with others.)

In all this, maybe, just maybe, I’ll know grace.