Tangled Up in Blue: Structural change for flexibility (Part 1)

This is the twenty-fourth post in a series on resolutions for General Convention 2015. See also the index of resolutions and the list of resources related to #GC78. 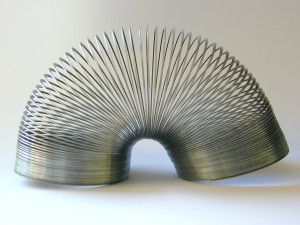 Church structures are important because when we get them wrong, we tie up our leaders at all levels in pointless bureaucracy and sap energy that might be used for other things. When we get them right, we align ourselves so that work happens at the most effective level for that work; we empower people to do the work they have been given by God. All that said, if the church is to be healthy, it’s largely at the local level. We need local churches which are primarily about discipleship (which encompasses formation, mission, worship, and stewardship) and evangelism. We need those churches to have inspired and inspiring lay and clergy leaders. General Convention mostly can’t legislate what happens at the local level, but we can work to ensure that our churchwide and diocesan leaders are able to lead us well, pointing us always toward our call to follow Jesus.

With that said, let’s have a look at some resolutions, saving the deputies’ structure resolutions and those dealing with budget issues for another day.

For lay folk who may not pay attention to this stuff, clergy are “canonically resident” in a diocese. One is accountable in one’s diocese of canonical residence, providing certain reports and being subject to discipline there. Usually the diocese of canonical residence is where a priest or deacon works, if one is employed full-time by the church. Often it’s the case that a part-time, retired, or even non-rector cleric moves to a new diocese and for reasons not entirely clear to me, is not allowed to transfer to that new diocese. When one serves outside one’s diocese of residence, a license must be issued by the local bishop. What this means in practice is that retired clergy and assistants to the rector and deacons, and so forth, may not be allowed to vote in the diocesan convention where they are living. There are often restrictions on the ability to be involved in diocesan life (e.g., serving on committees).

This resolution is worded a bit awkwardly, but it requests a study of this issue and a report to the next General Convention with recommended canonical changes. I’d like to see an amendment that broadens the mandate a bit to look at the larger issue, which will become more prevalent as we have fewer and fewer full-time clergy, and as people move from place to place even more. Obviously, the legislative committee will iron out the language a bit anyway. I don’t think there’s a compelling, modern reason for not transferring clergy to the place they are living. Most of the reasons for our current practice of refusing transfer have to do with things that aren’t true any more (“We used to provide a retirement benefit to our own clergy, so we didn’t take on ‘outsiders.'”) or the ever-popular “We’ve always done it that way.”

A part-time or non-stipendiary clergy person should be able to move to a new place and become active in diocesan life there. It’s better for the cleric and better for the diocese. I say all this as a person who has lived outside my diocese of residence. Let’s look at this issue and come up with a better solution, whatever that might be. Getting it right would allow us to harness more fully the abundant resources of clergy who move from place to place.

This resolution encourages dioceses to consider merging with their neighbors, and it suggests a policy of reducing the combined diocese’s financial asking to the Episcopal Church by 50% in the year of a merger. This discount would in effect subsidize the merger. The language will need to be perfected, because the 50% discount bit is not in a form that is actionable by General Convention for any actual effect. But that’s easily fixed in committee.

We need to be encouraging diocesan mergers, and this is one way to do that. The cost is low, both to enact this resolution and to the church if approved. The upside potential is great. I’m not sure that the incentive here is enough to push someone to a merger, but it can’t hurt. In fact, I think this resolution generally falls into the can’t-hurt-might-do-some-good category. What’s the harm in approving it? Not much, so let’s give it a try.

Digression: I actually think we need to go one of two ways with our dioceses. One way is what this suggests, which is to consolidate our way to health. This would preserve the current program-staff based model, which may well be the right course. I think there’s another, intriguing option to consider. What if we went to an apostolic model, where the bishop has the care of a congregation and a few other congregations, and there is no diocesan staff. We’d have many, many more dioceses of a much smaller size and configured in a way that each bishop could be an effective pastor and teacher with her or his clergy, lay leaders, and congregations. Just think about it for a sec before you conclude I’m nuts, which is quite possibly the case.

This resolution shrinks executive council by cutting the number of people elected at General Convention from 20 to 10. As an aside, it also introduces a language problem, misusing the word “comprised.” But that’s neither here nor there. I think we do need to look at Executive Council, but I think we need to do more than tweak the size. As I wrote a couple of days ago, I’m hoping we’ll remove provinces as a layer of polity, especially as a layer which elects people to things. Bottom line: the intent here is right on, but I think there are other structure proposals floating around that do a more thorough job of resizing and refocusing Executive Council.