Tangled Up in Blue: Constitution and Canons

This is the eighteenth post in a series on resolutions for General Convention 2015. See also the index of resolutions and the list of resources related to #GC78. 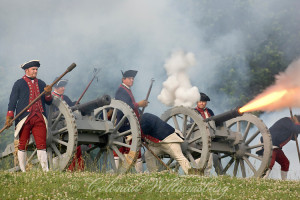 Seriously, I think someone told these people there was a prize for submitting the most resolutions. I count 34 resolutions from the Standing Commission on Constitution and Canons (SCCC). You read that right. 34 resolutions. Fortunately, as an honorary canon, I can withstand the blast of all these canonical resolutions.

Spoiler alert: In tonight’s installment, we look at 19 of their resolutions, all of which receive the coveted 7WD seal of approval. In honor of this, @davidsibley created a meme on the twitters. I have placed it at the bottom of this post as your reward for slogging through 19 canonical amendment resolutions.

Well, here we go. Or perhaps I should say, FIRE!

Currently the SCCC is responsible for correcting the form of any proposed amendments to the constitution or canons that are referred to them. They want to get out of that business and be able to tell the submitting body to fix their own stinkin’ resolutions. (That’s my language, not theirs.) Makes perfect sense. If you have an idea to fix the canons, you should go ahead and figure out how to do it right.

This amendment attempts to untangle the very muddled relationship between the Secretary of General Convention and the Secretary of the House of Deputies (which is currently the same person). Role confusion is rampant in our current canons, and I’m glad to support efforts to untangle this stuff. A group that I’m part of has also worked on this problem, and we’ve proposed a set of canonical changes to clarify roles for not only the secretary, but many other leadership positions at the churchwide level. I’ll gladly support any efforts to clarify churchwide roles, assuming the resolutions come out of the legislative committee in good working order.

When Standing Committee testimonials are required in various ordination processes, this amendment would permit them to be faxed or emailed and still count as originals. Makes good sense.

This canon provides a (much needed) process to “re-activate” clergy who have been released from the ordained ministry of the Episcopal Church. For example, someone might have joined another body not in communion with our church or simply wanted a release for secular work. Here we get a solid process to put deacons, priests, and bishops back on the roll. There are a bunch of reasonable steps and examinations. I note that bishops must be examined by two bishops, priests by two priests, and deacons by “at least two Clergy.” I’d be OK with us putting “deacon” there, in parallel with the others. I’d also be OK putting something else there, but I do hope the grammar will get fixed. If we want to have the order open-ended, it should properly read “at least two members of the Clergy.” Otherwise, I think this all makes sense. One could tweak a few things here, and there, but life is short and this committee seems to have done its homework.

This is the first of many (and I mean MANY) resolutions correcting terms we use for clergy discipline. We stopped using the word “presentment” when we rebooted Title IV of the canons, but we missed a few spots. This changes “presentment” to “proceedings.”

Another resolution fixing outdated clergy discipline language. This one changes “trial” to “disciplinary proceedings” in one of the canons about conflict between a bishop and a congregation.

This one fixes a broken reference when this canon was amended in 2012.

This resolution clarifies several of the definitions in Title IV. There is, in effect, a glossary in the canons for clergy discipline, and some of the definitions are fixed. All of the changes make good sense to me, such as making sure that Advisors are “familiar with the provisions and objectives of this Title.” There are other changes which I’m not listing here for brevity’s sake. I’d encourage you to make sure you have a look at this one, which is not just fixing mistakes, but making some actual changes (mostly, to my eye, to clean things up in a good way). If someone on your deputation is an attorney, she or he will be especially qualified to have a look, though they’re clear enough anyone can parse them.

Yes, it is a good idea to make a rule that that the clerk of a disciplinary board has to be qualified and not have a conflict of interest.

I’ll just go ahead and pilfer the supplied explanation. “This amendment clarifies that the Procedural Officer can be from any diocese of the Church to enlarge the potential pool of qualified individuals.”

If parties in a clergy discipline proceeding act badly during the proceeding, they could receive sanctions if this resolution passes. Makes sense.

All clergy are mandatory reporters for clergy discipline offenses. There was a loophole of sorts for diocesan bishops, so this changes “may” to “shall.” Watch out clergy. Better recycle your old service leaflets before the bishop comes around, because now she or he is obligated to report you for Title IV offenses for your many rubric violations.

This one is a big deal, and it’s offers a much-needed reform of the clergy discipline process. With this revision, clergy accused of an offense would receive prompt notice of the “basic information about the Complaint and the Title IV process. The change seeks to address due process and pastoral concerns about withholding or delaying such information from the subject of the Complaint” (quoting from the explanation. Under the current process, things can get under way, requests for information can be made, and the accused clergy know nothing about the charges against them.

This one requires the reference panel in a proceeding to check in on each referral once a month. If things bog down, there’s an option to re-refer. Makes sense to ensure that things keep moving.

In the same vein as the last resolution to keep things moving, this one adds a provision so that if a bishop receives a recommendation for an agreement and that bishop sits on it for longer than 90 days, the reference panel can go for Plan B and re-refer.

Shamelessly stealing text from the explanation for this housekeeping resolution. “This amendment clarifies which parties must get notice of an objection to a Conference Panel Order.”

This resolution clarifies the evidentiary headings of a disciplinary proceeding, adding considerable detail to ensure due process. I am a bit concerned because the canons currently permit, if I read it right, the complainant to be present throughout a hearing, even during private sessions. Under the revisions, the complainant and other members of the public are only allowed to be present during public meetings. I can’t imagine very many hearings are public in any way, shape, or form. So I’d like to make sure the rights of complainants, injured parties, and the respondent are protected in this process. Balancing all that is tricky, so I do hope the legislative committee will pay attention here. This is not just clarification, but a change in access. I think it probably makes sense, but I’d like to be assured this has received considerable public discussion during hearings at General Convention.

As promised, your treat for making it to the end of this post with an unprecedented 19 YES assessments. 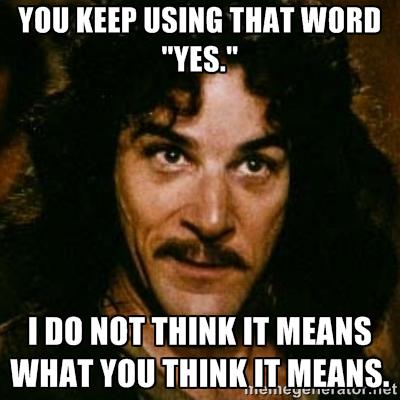