Tangled Up in Blue: International Peace with Justice

This is the tenth post in a series on resolutions for General Convention 2015. See also the index of resolutions and the list of resources related to #GC78. 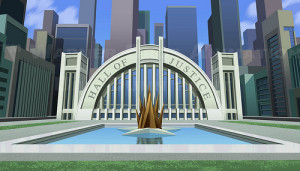 Today brings us to the Standing Commission on Anglican and International Peace with Justice Concerns. Their mandate, as I noted in 2012 is

Alas, they have missed the boat once again, it seems. From their report here, we don’t seem to get any concrete recommendations or broad strategies. Instead, we have a set of resolutions several of which do not pass muster according to my principle on political resolutions. Rather than belabor the point, let’s get right to the resolutions.

A047: Address Moral and Spiritual Injury in Context of Trauma and Post-Traumatic Stress. Full text. Likely vote: NO, but I could be persuaded otherwise.

This resolution asks the Episcopal Church to care for people who have experienced various kinds of trauma related to war, terrorism, natural disaster, and so on. It also calls on the creation of a consortium among several groups, “the Office of Global Partnerships; the Office of the Bishop Suffragan for the Armed Forces and Federal Ministries; the Office of Diversity, Social, and Environmental Ministries; and Episcopal Migration Ministries.” The resolution encourages that consortium to create and share resources with other Anglican Communion partners around the globe.

I’m fine with the work, but I don’t think General Convention needs to act in order for these offices to work together. Surely our church is not so siloed that these entities cannot cooperate without a General Convention mandate? Also, on a technical note, I’m unclear what meaning a “consortium” might have, because this group is required to issue reports to Executive Council. Who chairs it? To whom is it accountable? Who decides which people will be on the consortium? If the COO is appointing folks, which is how I’d expect it to work, then surely he doesn’t need 1,000 deputies and bishops telling him how to do his job.

So I’m sympathetic to the work, but unconvinced that General Convention needs to get involved here. Especially in the first resolve, when Episcopalians are told to give pastoral care to victims of trauma. We already do that, right? Moreover, the requested budget of $20,000 won’t go very far in the creation of resources, apart from the resources that any of these offices could already create. If someone can show me why it’s important for GC to act, then I’d vote for this good work.

A048: Confront the Challenges and Impacts of Robotic and Cyberwarfare. Full text. Likely vote: NO.

All four resolves are out of the question for me. In the first, General Convention “bear[s] witness to the moral challenges to the Just War tradition and…cyberwarfare.” The second has us “express concern” for drones and computer warfare. The third asks us to “articulate support” for alternatives to targeted killings, etc. The final resolve asks an unspecified committee to make a report to the next General Convention on all of the above. This is a whole resolution filled with vague generalities, sentiment, and opinions on topics for which we have no expertise.

Also, setting aside the fact that the Pentagon isn’t going to care what we think, others are already studying Just War theory and computer warfare. You can buy books on this from Amazon right now. Lastly, I’m pretty sure we shouldn’t be passing resolutions about the “tactical uses of social media” when a whole bunch of our own churches can’t be bothered to have a Facebook page. Where’s our street cred here?

Computer warfare is bad. All warfare is bad. But this resolution is pure slacktivism, with a strong dose of irony given our church’s grasp of technology and social media. No thanks, I won’t be voting for this one.

A049: Make Gender Equality and Empowerment of Women a Focus of Foreign and Church Aid. Full text. Likely vote: NO.

This resolution doesn’t get my vote on simple grounds that it “commends” things without saying a thing about what the Episcopal Church, Episcopalians, or General Convention bishops/deputies might do. I simply won’t vote for resolutions that express feel-good ideas and tell others what to do.

But there is a more insidious side of this, if passed. This resolution says that foreign aid from the United States (where is the concern for foreign aid by the other 16 nations of our church?) should give priority (and there’s no qualifying language, so this is top priority) to gender equality and women’s empowerment. Of course, I’m wholly supportive of gender equality and women’s empowerment. Here’s the thing. Before ordination, I worked for an NGO that does a lot of international human development work, funded by or in partnership with USAID, various UN agencies, other governmental organizations, and even private foundations. I can tell you that every one of those groups already cares a lot about these issues. Sometimes, however, there are projects (infrastructure or even human development) which might not bear on this topic directly. Should we cut off all projects that do not meet this new top priority? Have the authors of this resolution spent time with NGOs and funding agencies? This is another instance of an ineffectual response to what is a real problem. But in this case, we are expressing an opinion in an area in which we are simply not competent to speak. No, I am not supporting gender inequality or women’s oppression; quite the opposite. Instead, I’m saying if we’re going to do something, then let’s do something. This is not it.

The Anglican Consultative Council approved a resolution in 2012 calling upon Anglicans around the world to have safe churches and promulgating a “Charter for Safety of People Within the Churches of the Anglican Communion.” This resolution encourages this charter (see link) to be the basis of our safe church policies in all dioceses. So far so good.

The resolution goes on to ask Executive Council to monitor which dioceses do and do not get this done. Monitoring compliance is a great idea, but the 46-member Executive Council is not a good place to do that. Give it to a subcommittee or a staff member. Also, the resolution asks for “culturally appropriate materials for use in the Spanish-speaking dioceses of TEC.” Great idea, but please do not forget about all our other dioceses who speak neither English nor Spanish, especially Haiti. I might let this slide ordinarily, but shouldn’t our Standing Commission on International Yada-Yada know about the whole Episcopal Church, and how we have dioceses that speak plenty of different languages? Better to leave this level of detail out of the resolution and trust our staff to make sure implementation includes the whole church.

The idea behind this resolution is commendable, but it would be counter productive if adopted, I think. This calls for us to build relationships with scholars and others in Africa who are working for LGBT rights and to support efforts of African Anglicans who are working to change their own governments’ policies. The final resolution is one I could fully support, calling for a group “to compile for church-wide reference and use a listing of information and resources developed by African Anglican leaders and organizations working to curb anti-gay violence, discrimination, and marginalization.”

Here’s why I cannot vote for this. As it stands, those who would tear apart our beloved Anglican Communion say that the US is sending people to Africa only to promote an agenda of LGBT rights. This resolution would serve to confirm that fear. Instead, I think we should simply build relationships based on our common life in Jesus Christ with our sister and brother Anglicans. Conversations on LGBT issues, and many other issues, will be a natural fruit of this work. Creating an agenda for our conversations could make our relationships inauthentic.

Also, this resolution asks us to support Anglicans in other provinces of the Communion in their own national advocacy work. Imagine the reverse. What of the Church of Nigeria (Anglican Communion) started working with Episcopalians to influence our national political agenda? We would probably cry foul and say that our province should remain autonomous, without “outside interference.” Well, guess what, friends. Not everyone thinks that American can swoop in with all the answers and save the day. In fact, this resolution smacks of the worst kind of colonialism. Let’s not tell others what to do in their countries. Let’s form deep, sincere relationships built on Jesus Christ as the cornerstone. The Holy Spirit will do the rest, in their hearts and in ours. I believe that our Anglican Communion relationships have already made a positive difference with regard to LGBT issues overseas and will continue to do so. I also believe our Anglican Communion relationships have made a difference in all kinds of ways for the Episcopal Church. Let’s continue our relationships, and let’s continue to trust the Holy Spirit.

A052: Call for Ubuntu within The Episcopal Church Regarding Policy Toward Palestine and Israel. Full text. Likely vote: YES, if amended.

This resolution calls for prayerful study and engagement on issues of peace and justice in Palestine and Israel. That’s exactly where we need to be as individuals, as a nation, and as a church on this issue, which is vastly more complicated than what we sometimes hear. Our church has no business taking sides in a way that creates heroes and villains, but we do have business engaging and forming relationships and urging peace.

I would like to see two things. First, the resolution asks a bunch of staff to work together on this issue. Again, as I said before, General Convention doesn’t need to tell staff to work together. Let’s create a defined task force on this issue, with staff involvement, and issue a report for next General Convention. There would be nothing precluding such a group from issuing interim reports or letters to the church.

Second, let’s amend this to call us to prayer. Let us all pray for the peace of Jerusalem. That’s perhaps the most useful and important thing we could do to change our own hearts and the hearts of others.

Personal note: I had the privilege of going on a pilgrimage with Christians for Fair Witness on the Middle East last year. With a few other Episcopal priests, bishops, and a lay person, we spent time with Palestinians and Israelis with a variety of perspectives and experiences. We visited the Palestinian Stock Exchange, a refugee camp, and talked with Palestinian activists. We visited Israeli military officials, journalists, and religious leaders. This trip broke open my heart and my mind. I won’t claim to understand the conflict now, but I understand more about it. Mostly, I understand how unhelpful it is to choose sides in a take-no-prisoners manner, how helpful it is to engage, and how necessary it is to pray.

This one’s quite long, but it calls for engagement and collaboration between our own Episcopal Church and the church in Cuba. There is no call for a specific outcome, either in secular political or in church governance terms, which is perfect. I think ongoing mutual discernment will be necessary as our relationship evolves. Again, I do wish there was a call for prayer for Cuba, its church, and its people.