Tangled Up in Blue: Examining Chaplains

This is the eighth post in a series on resolutions for General Convention 2015. See also the index of resolutions and the list of resources related to #GC78.

After the mega-resolution-marathon two days ago, here’s another easy one, not unlike yesterday’s mini-post with only two resolutions. Today we come to the General Board of Examining Chaplains. Their job is to design and administer the General Ordination Exam, the most common way to verify that priests about to be ordained have achieved competency in seven areas of knowledge as specified by canon (more on that below). 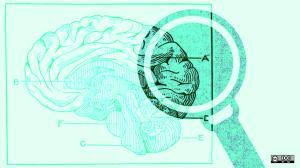 There are people who would like to get rid of the GOE and, by extension, this board. As I wrote on this blog a few years ago, I think the GOE isn’t perfect, but it does plenty of good. To paraphrase a quote attributed to Winston Churchill, “The GOE is the worst way to ensure our priests are intellectually fit for ordination, except for all the others.” The GOE gives us a churchwide exam for priests, and it takes away the temptation of local folks to look the other way when there are problems, because they just don’t want to say no. On the other hand, bishops and Commissions on Ministry are free to disregard GOE results; passing the GOE in the seven areas is not compulsory. Anyway, the GBEC’s job is to write the questions, train the graders, and generally administer the whole thing. They do a good job on a relatively small budget.

Until someone comes up with a better solution, and I’m not sure what that would be, we’ll continue to have a GOE, which means we’ll continue to need a GBEC. So they’ve proposed two resolutions. I have no idea why one is A041 and the next is A090. Probably the General Convention office missed one, or maybe one slid under the door at the last minute. Doesn’t matter, but I didn’t want you, dear reader, to think I was losing it (or at least, not based on just this).

A041: Amend Canon III.15.1-5 — Of the General Board of Examining Chaplains. Full text. Likely vote: YES, if slightly amended.

The GBEC proposes to shrink from its current size of four bishops, “six Priests with Pastoral cures or in specialized ministries, six members of accredited Seminary faculties or of other educational institutions, and six Lay Persons.” That’s four bishops plus eighteen others. They propose going down to four bishops plus eight others. All that seems fine, because the first configuration seems large and inflexible. Twelve people seems like plenty to get the work done.

What also changes is the nomination and election process. Nominees currently go through the Giant Nomination Machine™ of General Convention. Under the new procedure the board and Presiding Bishop would create the nominee list, presumably in order to ensure that the eight people have the requisite skills. Some will see this as a reduction in transparency or a compromise of our democratic identity. This new way of doing things makes some sense to me, because a specialized board like this shouldn’t be a popularity contest, and in any case, there is a public election, so if the “smoky back room” resulted in lousy candidates, the electing bishops could revise the slate. So I’m OK with how the nominating change would work, but others may not be.

This canon revises the list of seven areas in which priests are expected to be competent prior to ordination. As an aside, deacons have a separate list, while bishops have no competency requirement (!). Insert joke here. Anyway, if this resolution passes, some changes would take place in the list of areas.

Every person ordained a priest must demonstrate competency in these seven (or, if this passes, six) canonical areas. As I said, the GOE is the usual way of testing this, but some dioceses use local tests. So these areas are important, because all newly ordained priests will find their intellectual formation shaped toward the areas as they are listed in our canons. Seminaries use these, I assume, to plan curricula. In other words, changing these isn’t just about tweaking the GOE. It’s about how we train and form priests. Maybe I’m missing something, but I’m not ready to give up what is lost if these changes are made.

FREE BONUS FOR 7WD READERS: As an entertainment bonus, I give you my proposed General Ordination Exam for the modern church. Permission is hereby given for the GBEC to use any and all of these suggested questions. You’re welcome.