Tangled Up in Blue: Executive Redux

This is the sixth post in a series on resolutions for General Convention 2015. See also the index of resolutions and the list of resources related to #GC78. For this post, see also some thoughts on resolutions dealing with matters political.

Sorry for the delay, dear reader, but I was busy with a bunch of friends writing dozens of pages of resolutions and “A Memorial to the Church.” Check it out, if you haven’t seen it, and please do consider signing on to the memorial, or open letter, to the church. Also, note the irony that I usually sit in the critic’s chair and tear apart the hard work of other legislative church nerds, and here I’ve worked as part of a team that has churned out enough fodder to keep an army of church wonks busy for days. Oh, wait, that’s the definition of General Convention. But I have digressed.

Please note: the Blue “Book” is now available as a single PDF, weighing in at 671 (!) pages, not counting the 266 pages of liturgical material. Put those two together, and you’ve got yourself a 937 page party. You can tell it’s a party and not a bunch of dreary resolutions because the cover is a lovely shade of blue, most definitely not “Tiffany blue.” I’m still hoping for a print volume, because I don’t have any faux-Tiffany blue books in my library. Are you listening, Michael Barlowe?! We want a book! Looky there, I have digressed twice before the curtain has even risen on this blog post. Here we go, for real. 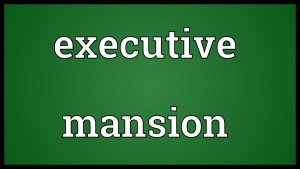 A022: Amend Mandate and Membership of the Executive Council Committee on Anti-Racism. Full text. Likely vote: NO, but only because there is a better way to get this done.

A023: Continue the Executive Council Committee on Anti-Racism. Full text. Likely vote: NO; see note on A022.

A024: Direct Dioceses to Examine the Impact of the Doctrine of Discovery. Full text. Likely vote: NO.

As the resolution itself says, the previous two General Conventions have spoken on this very important issue. Our polity insists that once General Convention speaks, its actions remain in force until General Convention says otherwise. Because this is simply reaffirming what we have already said, I will vote no. This has nothing to do with the subject matter, which is important for us all to ponder. We need to repent, to be sure, but that does not require reaffirmation of previously passed resolutions. (I do encourage you to read what our Presiding Bishop has said on the matter, and check out some of the resources on that page.)

This resolution attempts to address the tragic problem of “teen pregnancies, gang violence, school drop-outs, (LGBT) suicides” among Native Americans. I fully agree this is a crisis, and I hope our church, at local and churchwide levels, will find ways to engage. Unfortunately, this resolution as written does nothing to help. It asks for a “rapid response” but does not say what the rapid response is. It asks an executive council committee to administer resources, but does not say what they are. Finally, it asks for money, but does not say how much. That is not likely to go well in PB&F, where it is more likely that resources will be allocated where there are clear plans with concrete resource needs. I support the topic of this resolution, but cannot support it this way. I would also note that failure to pass this resolution does not preclude staff or executive council from addressing this need as they see fit.

Again, the aim here is laudable, but the resolution itself is ineffectual. This resolution vaguely asks General Convention to “support dioceses and congregations in their efforts to develop ministry among young men in Native American communities.” What does that mean? I agree that we need ministry among young men in Native American communities, but what will it accomplish for this resolution to “support” such an effort. As in the previous resolution, there is a non-specific request for funding. And again I note: the failure of this resolution to pass would not prevent anyone at the local or churchwide level from doing this work.

Again, a praiseworthy idea is poorly served by a vague resolution. This resolution asks for an unspecified amount of funding for indigenous theological training, something that is sorely needed. However, the resolution does not specify an amount, nor does it suggest whether or not the funding requests are to continue existing initiatives or start new work. In the explanation there’s reference to preparing people for the areas of competency required for ordination, so is this for a new program as an alternative to seminaries? It’s not clear. Lastly, the resolution tells the committee on indigenous ministries which dioceses to work with, and I do not think that is the place of General Convention.

This resolution “calls for the protection of all victims of human trafficking, particularly women and children.” OK, I’m all for that, but I don’t see how passing a resolution protects anyone. The resolution also “urges members of The Episcopal Church to support governmental hearings, legislation, and action.” What does it mean to support a hearing? There are other non-specific calls for education and advocacy. This is another resolution which calls out a real problem but without a meaningful solution or effort to mitigate the problem. Of course, we should work to end human trafficking in all its forms, but I do not think this resolution is a useful part of that work. I also note that we have passed resolutions on human trafficking in 2000, two in 2003, 2009, and 2012.

This resolution asks Executive Council to create a task force on climate change. Climate change is perhaps the most significant challenge humanity faces (because if dire predictions are correct, it could lead to the extinction of humanity). Firstly, I think Executive Council can create committees on its own. Second, if we are creating a task force it needs a very specific mandate and purpose, with a specific deliverable. Third, if the Episcopal Church is going to work on climate change, we should make sure our work is somehow different from all the other work already happening out there. The explanation is about the problem of climate change, but not about how this task force will make a meaningful difference.

A031: Continue to Develop the Search Toolkit. Full text. Likely vote: NO.

If passed, this resolution would “direct the Office of Transition Ministries, the Office of Pastoral Development, and the Executive Council Committee on the Status of Women to continue development of search toolkit resources for female clergy and Church leadership discernment committees.” I would be a big fan of such a toolkit, because our church continues to have a serious problem with a lack of women being called to leadership positions. Perhaps this toolkit will help, but I do not think the churchwide staff or committees need this resolution to continue the work. General Convention should not be directing individual staff to do individual projects of any kind. If this toolkit is to be a quality resources, stakeholders will support its development and release.

This resolution asks for an unspecified budget allocation to fund a new staff position at the church center to coordinate women’s ministries. Again, in the latest in a theme and variations, this strikes me as an ineffectual response to a real problem. In fact, I think if such a position were to be effective, it would be more effective as an independent position. Advocacy and networking organizations can move in ways that they cannot move as members of the churchwide staff. In our current climate of decentralization and smaller church structures, I’m not sure I could get behind this position, but only because I’m not sure this is the most effective method of addressing a pervasive challenge in our church.

Here the Missioner for Latino/Hispanic ministries is directed to work with specific people to empower Latinas for ordained ministry. Lord knows we need more Latinas among our clergy, but I do not think General Convention should ever be directing an individual staff member to do a specific thing. That’s giving an employee 1,000 managers! Let the missioner discern how to spend his time and energy. Our missioner is fantastic and has a brilliant network. If the stakeholders can find ways to raise up Latinas for ordained leadership, fantastic. I’m quite sure necessary funding would materialize.

See above. We need to encourage Latinas in ministry at all levels, of that I have no doubt. But again, this resolution directs a specific staff member to do a specific thing, and that’s not how to run a church or leave space for discernment.

A035: 125th Anniversary of the United Thank Offering. Full text. Likely vote: NO.

The United Thank Offering is awesome. They do great work. However, I cannot support resolutions which merely commend things, no matter how laudable those things are. Imagine if every churchwide committee or group presented a resolution commending its work and celebrating its longevity. So put a big pile of cash in the plate next time there’s a UTO collection, and make sure you thank the women who do that work. But we do not need to pass a resolution to say we like UTO.

NOTE: Several resolutions are skipped here, because we’ll look at the Task Force on the Study of Marriage (A036 and A037) and the House of Deputies Committee on the State of the Church (A038 and A039) separately, not to mention the fact that they’re not creatures of Executive Council.

You thought you were going to get through an entire 7WD blog post without a single YES vote? This is the point at which it seemed like we were going to have a no-hitter and then some deputy just got on base.

This resolution treads very close to failing on grounds of being too commendy or affirmy. However, it is a response to an Anglican Communion-wide request for formal responses to the Anglican Covenant. Here we say we like the first three sections of the Covenant, which attempt to describe Anglican identity and common life. We take a pass on the fourth section, which contains the process for sanctioning those churches who are seen to depart from the vision of Anglicanism espoused in the first three sections. Three years ago, I said what I think of the Covenant and a possible range of responses, and I haven’t changed my mind. In 2012, we kicked the can by passing 2012-B005, which called for a task force and some more time. Well, we’ve had the task force and we’ve seen three years go by. Let’s say what we’re going to say and get on with things. I very much pray we will maintain deep relationships with Anglicans around the world and continue to cherish our place in the Anglican Communion family.

Give yourself a treat. You just slogged your way through 2,000+ words of wonkery.