Tangled Up in Blue: On a TREC for Jesus

This is the second post in a series on resolutions for General Convention 2015. See also the index of resolutions and the list of resources related to #GC78. 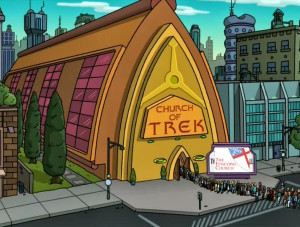 The Task Force for Reimagining the Episcopal Church was chartered at the 2012 General Convention in a moment of unanimous euphoria, the hopes of 1,000 bishops and deputies for a better church manifest in…a task force. TREC had an impossible job: figure out how to restructure the entire Episcopal Church in a way that everyone will think is awesome and which will cost less and which will help us be better Christians and which will avoid destroying sacred cows (or if possible without even acknowledging said cows). TREC made a valiant effort, and they’ve said some very helpful things. Some of their proposals are quite good as is, while others express good ideas imperfectly. And, to my eye, there are a few misses. Generally though, as I said before, I am grateful for what must have seemed at times like a thankless job.

The reality is that the churchwide structures are neither our salvation nor our destruction. To the average Episcopalian in an average congregation, the diocese hardly matters, let alone churchwide governance. That said, to the extent that we prevent our leaders from, well, leading, we are missing the mark. So we should be invested in this stuff, but not too invested.

To be more candid: most of the reasons our church sometimes fails at the work to which we are called as followers of Jesus have to do with local leadership. Too many of our clergy are not inspiring spiritual leaders nor are they effective organizational leaders; the same can be said of our lay leaders more often than I wish. These problems cannot be fixed by legislation at General Convention, but we can at least start having conversations about why we have a church in the first place. I hasten to add that there are loads of examples of really terrific lay and clergy leaders around. And I certainly wouldn’t claim to have everything figured out on my own.

What I can say though, as someone who spends a lot of time on the road, is that we seem to be allergic to getting a physical exam for the body of Christ, so that we can make our body healthier. When we hear about the medicine we need, we decide the cure is worse than the ailment. Our church needs to get real about some things. A few thoughts:

With that said, here are the TREC resolutions and my thoughts on them. These are just sketches of notes. Others (Crusty, Adam, and Susan, among others) have written about this stuff, and we’ll all probably have more to say. Still, I think I can articulate some partially baked opinions and a few ideas for improving what we see.

A001: Restructure for Spiritual Encounter. Full text. Likely vote: NO.

This resolution hopes to put a culture of collaboration and creativity in place in the Episcopal Church, especially with regard to clergy formation, support, and compensation. I support the goal, but this resolution simply won’t do more than make us feel like we did something about a problem. I’d rather do nothing (and be honest about that) or do something substantive. Specifically, the resolution encourages seminaries to work together to respond to the needs of our present time; it encourages conversations about bi-vocational clergy at the diocesan level; it encourages study and conversation about clergy compensation by Executive Council and the Church Pension Group;  and it seeks to develop a network (under the auspices of churchwide staff) of collaboration among congregational leaders, reporting to diocesan leaders.

Like other parts of the TREC report, the sentiment is commendable and the root idea has merit. The execution is a mess. Some examples:

So unless this resolution is massively amended, I’ll have to vote no. I do hope the committee hearings engender conversations that we need to have.

I support all these things. Some of what’s here is ready to go, but much of the language needs serious work. The constitutional and canonical changes to move us toward a unicameral General Convention are a hot mess. This stuff will get shredded by the current General Convention machinery, which very much favors a continuation of bicameral deliberation. We need to look at how we elect bishops, at episcopal ministry, and at how we fund churchwide ministry. To be effective, the entire resolution will need to be rewritten to be more precise and to create specific accountability for each step. I’m confident that can be done, some some of what’s here will (or should) be uncontroversial.

The Heather Cook incident in Maryland has made it impossible to ignore some serious flaws in our process of raising up bishops. Let’s not make the mistake of saying it was all her doing or that it’s only an alcohol problem. There is complicity in that moral disaster at many levels. So let’s fix this, not just to avoid sensational failures but to make sure we’re getting the best leaders.

Lastly — and I could write a book about any one of these resolutions — I very much support a unicameral legislative assembly, with the understanding that we’ll continue to vote in a way that requires concurrent approval by bishops, presbyters/deacons, and lay voters. The specific proposals here (which, again, are a mess) should not deter us from looking at this option. I saw unicameral deliberation in action last November in England, and it is a beautiful thing. More later, if people ask.

A003: Restructure Assets in Service of God’s Mission in the Future. Full text. Likely vote: NO.

You’ll see a pattern. There are great ideas here, but I cannot support this resolution as written. I’ll be grateful for whatever conversations happen in committee, but I think the contemplated outcome can happen more effectively by other means.

This resolution wants to

Yes, yes, and yes. But if we really want to do this, let’s send $100,000 or something over to ECF or the Episcopal Church Building Fund to jumpstart all these conversations, create materials, and perhaps convene conferences. They have a good grasp of what needs to happen. As written here, there’s just too much vague and our grandiose language that might sound good, but means very little in practice.

The big change here is to shrink Executive Council from a bazillion people down to 19. There are other fixes, many of which are renaming things and fiddling with details (albeit important ones) of polity.

But the big change is a smaller board. This is good, because boards of directors cannot be maximally effective in massive numbers. But of course that’s not all that needs to happen. Let’s acknowledge that we have tremendous dysfunction at the level of churchwide leadership, taking into account the whole system: General Convention, Executive Council, Presiding Officers, CCABs, and churchwide staff. So we need to fix the whole system, and not expect a scalpel here or there will do the trick. That said, shrinking Executive Council and clarifying its work is a good step.

As in other resolutions from TREC, the proposed canonical changes are a hot mess. My hope is that they’ll be perfected prior to General Convention, so that we can have a debate on the merits of the ideas here, not allowing technical flaws to torpedo necessary changes.

A005: Of the Presiding Bishop in a Unicameral General Convention. Full text. Likely vote: YES, but requires amendment.

If we switch to a unicameral General Convention, we need to get a new Presiding Bishop in a slightly different way. This resolution covers that, and twiddles a few nobs here and there. Once canon lawyers tidy this up, I’d vote for it.

As long-time readers of this blog will know, I have serious reservations about the recent work of the Standing Commission on Liturgy and Music. But in a church such as ours, we unquestionably need such a group. The need for an ongoing commission to keep an eye on canons and such also makes sense. We’d presumably continue to have a finance/budget committee under separate charter. The rest of our work can be done by task force.

My only serious issue here is that I’m not sure I think we should add “Theology” to the SCLM’s portfolio. But I’m open to hearing more about this idea and its merits.

I could live with that though, because at the moment we’re saddled with more interim bodies than you can shake a Blue Book at, and all they do, mostly, is produce work for themselves at General Convention. So let’s use task forces to do things that need to get done and keep only the two commissions mentioned here to guard our core ecclesiology and liturgy.

As I wrote above, I’m supportive of a unicameral convention. We just need to rewrite this resolution completely so that it passes technical muster. To be fair to TREC, our current canons are a complete mess of contradiction and vagueness, so I can understand why they didn’t exactly get things sorted.

A008: Provide Stipend for the President of the House of Deputies/Presiding Deputy. Full text. Likely vote: YES.

I think we need to go one of two directions with our presiding officers. We could downsize the office of Presiding Bishop to its historical scope (back in the 19th century, that is) and have a diocesan bishop do that job on the side; the Presiding Deputy (or whatever the new title is) could also be volunteer. OR. We should fund the Presiding Deputy’s position so that someone who is not retired or independently wealthy can take on the role.

Paradoxically, in our age of Skype and social media, I actually support funding these positions so that our churchwide leaders can travel throughout the church and meet with people face-to-face to inspire and teach. In a too-often disconnected age as our church is in transition, I think it’s even more important for people to be in regular company of our leaders. And it’s important for our leaders to see and to know the whole church.

A009: Of Changes to the Officers of the Domestic and Foreign Missionary Society. Full text. Likely vote: YES.

This one just cleans up the constitution so it matches changes in officers, etc., proposed elsewhere. If we’re going to make the other changes, we’ll need to pass this one so everything lines up.

While I seem to have written a Crusty-esque 2,500+ word rant, I hope you’ll understand I have shown some restraint to avoid writing several thousand words on each one of these resolutions, several of which contain important ideas worthy of much consideration. I’m grateful to TREC for getting us talking about important stuff, and I hope we’ll manage to get a few of their good ideas under way at this General Convention.

Regardless of what happens legislatively, I hope for two things. First, I hope we can move beyond technical arguments and defense of turf toward a conversation about our church and its mission. Second, I hope we can always keep Jesus in our sight and understand that we seek to follow him and no one or nothing else.