It’s been a while since I blogged, and I was tired of hearing people making cricket noises when I walked up. So here you go, adoring public: something new on 7WD. You’re welcome. 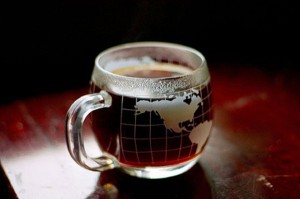 Sure, I know the planet is caught up in World Cup fever. Even I have downloaded and installed the FIFA app on my iPhone. But let’s face it, soccer is a bunch of people running around for 90 minutes trying to kick a ball into a net. It could be jazzed up a bit.

To that end, I made a few suggestions on Twitter last night. Some of them got some attention, although I have not yet heard anything official from the soccer powers-that-be. So see what you think. Add your own suggestions.

Also, please note that I hope this establishes my street cred as a blogger who moves beyond church geekery into terribly relevant things such as sportsball. Also, notice how I have cleverly made a Top Nine list instead of the tediously overdone top ten lists, like some other lesser bloggers.

9. Goalie gets to use cannon to shoot ball onto field once per game.
8. Get hockey players to teach on-field etiquette.
7. Make player who gets yellow card wear a sumo suit.
6. Fan with lucky ticket number gets to play on fave team for five minutes.
5. Give extra points if players do gymnastics flips in game.
4. Make each goal worth one million points, so bigger scores.
3. Give one player in each team a jousting lance.
2. Put one of those robotic lawnmowers on the field DURING the game.
1. Put a moat around the goal.

Once several of these have been implemented, you can thank me later.