Governance, administration, and change. Oh, my!

In 2012, nearly all Episcogeekery talk was about church restructuring. General Convention that year famously passed a resolution to create the Task-force on Reimagining the Episcopal Church in a rare unanimous vote. (Seriously, there’s always a cranky person voting no; I have been that person.) 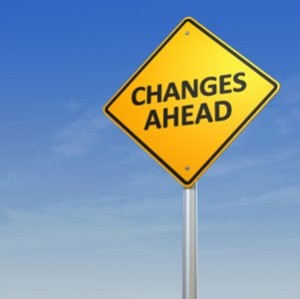 We are finally seeing some fruits of TREC. They recently released a study paper on networking, and that one was panned by most of my friends and by several bloggers. Had I made the time to blog, I’d have given it low marks too. Yesterday, they released a study paper on church governance and administration. This one will fare better, I think. Go read it now. I’ll wait.

Before I share a few thoughts, I’d like to correct one thing. My local Ohio nemesis, the Crusty Old Dean will doubtless mention several times in his forthcoming blog post on the topic that he started writing about this stuff in 2011. Yeah, whatever, Crusty. 7WD was all over this governance stuff in April 2010. For my trouble, I received some unbelievably nasty emails from various well-known folks in the Episcopal world. Their basic angle: if I didn’t like General Convention, I should stay away. And the classic: my new-fangled ideas are impossible, and I’d know that if only I were a six-time Deputy. In other words, the (mostly boomer) crowd said, “Get off my lawn, Xer!”

So this is interesting: a number of things I suggested in 2010 have miraculously come to pass. The House of Deputies did not crumble when (gasp!) Twitter and the entire Interwebs were allowed onto the floor. We shortened the Convention. There are noises about going paperless. Don’t worry, angry letter-writters, I won’t say, “I told you so.” Well, except for here. But I have, as usual, digressed.

The TREC paper on governance is pretty solid. Crusty will do a very thorough job of covering the fine points, and so will a few others. Credit where credit is due. So I’d like to raise just a few points here.

The paper’s three points up front are spot on. We should get t-shirts made for General Convention.

I could not agree more, especially about the third point. We have to be careful to get the right amount of energy invested in restructuring. If we spend too little, we won’t make some necessary and difficult choices. If we spend too much, we’ll be distracting ourselves from local discipleship and evangelism, which is the heart of our church.

TREC wants to make GC more focused, smaller, and shorter. Yes, yes, and yes. I’d be happy if we followed their plan, because it would be a big improvement over our current, massively broken current model. However, I think we could improve their proposals with a couple of tweaks.

I think we should give diocesan bishops voice and vote, and other bishops could have voice in the House of Bishops. On the Deputies side, I’d vote for varying the size of Deputations by size of diocese. Could be six or eight Deputies, or some different configuration. At present, all dioceses get the same size Deputation, but their representation in the HoB varies based on how long retired bishops choose to come to HoB and how many suffragan or assisting bishops they have. In other words, representation varies, but in an almost completely arbitrary way. We could shrink the size of Convention to a more manageable size and greatly lower the expense, while also making size variants transparent and rational.

It also seems to me that a unicameral model would work for 95% of what Convention does. We could move through legislation quickly, and we’d each get to hear the perspectives of others. It would discourage the continued presence of belittling speech (e.g. Deputies referring to the HoB as “the junior house”). For certain times, we could divide. The HoB might have to dispense with their morning privation session, but that seems fine. They have plenty of interim meetings to chat among themselves. Also, the HoB will have to deal with Twitters, which the HoD have now widely adopted.

Most important: I agree with the need to trim the legislative agenda of GC. We should massively cut the number of resolutions we deal with and curtail our scope. Unless a resolution concerns the whole church (e.g. no more US political statements) or cannot be handled by Executive Council or the denominational staff, we should not act. On the latter point, if we had a functional relationship among GC, Exec Council, and 815 staff, we’d go a long ways toward eliminating the need of one group meddling in the activities of the others. And, yes, it happens all ways. GC meddles in 815, and 815 meddles in GC. This. Must. Stop.

Yes, let’s make Executive Council smaller. Some will quickly object that they won’t be able to get all their work done. Yes, precisely. That’s because Executive Council too often takes onto itself work that should properly be done by the 815 staff or by another CCAB. A smaller Executive Council would have to be more judicious in what it takes on, which is a good thing. For example, in a healthy non-profit the board sets organizational priorities (this would be GC, in our case, I guess) and the staff prepares an appropriate budget. Executive Council’s role should be to monitor the staff’s leadership to make sure they’re sticking to established priorities, while letting the staff conduct operations as they see fit.

It seems that TREC could not agree on a single model for how the Council and staff might relate, so they’ve provided three alternatives. This is actually helpful, because we can see some choices and understand that we are making, yes, choices, in these matters. Status quo is but a choice, not an inevitability. Same for reform: it is a choice.

Personally, I favor a massively downsized focus on the PB as CEO. I have mixed feelings about the PB keeping a See or resigning; more on that, if anyone wants to hear. But in any case, the PB should be the pastor to our bishops, the spokesperson for our church, and the leader of our bishops. Let’s get a General Secretary or Executive Director (not a CEO, please) to lead the church center staff. The PB needs a very small personal staff, and they should report to him or her; the rest of the denominational staff should report to a General Secretary who is accountable directly to Executive Council. We could get our General Secretary either through an election, a confirmed joint appointment from the PB/PHoD, or a standard job search with a Council hiring committee recommending to the entire Council. Let’s have our Primate focus on the work of sacramental and pastoral leadership, while our executive focuses on administration. This will give our staff some very clear lines of accountability, which they desperately need. If you wonder why our hard-working staff at 815 can’t get more done, it’s because they’re beholden to a PB, to Executive Council, to General Convention, to various CCABs, and to sundry self-appointed Very Important Stakeholders. We can fix that, which will be better for everyone.

Who could argue against a reduction of the number of Committees, Commissions, Agencies, and Boards? We have nearly 60 of them. It’s not always clear who does what, and lines of accountability are blurred. (Disclosure: I serve at Forward Movement, which is an agency of the church.) If our staff are freed to do more work, and if we appoint task forces focused on specific tasks, we simply won’t need as many committees. As TREC noted earlier, we can use more networks, some ad hoc, some organized, etc., to get stuff done. Down with corporate bureaucracy, up with mission-oriented flash mobs.

Pay attention to who says what (and why) in the coming months. At the last General Convention, we passed a resolution demanding change and then proceeded to vote down almost every substantive proposal for immediate change. We like the idea of change more than the practice of it. That cannot continue. We must change.

Notice who advocates change or the status quo. Lots of people are invested in claiming new power or keeping the power they have. We need to pay special attention to rare people who might be willing to relinquish power. Notice the subtleties: who wants to see voting, and who wants to see appointments. Why?

Beware of the canard about clericalism. Any effort to reduce committees or the size of General Convention will immediately cause certain folks to claim that bishops are grabbing power. (This is one reason why I propose a massive downsize of the House of Bishops at General Convention.) Maybe there is clericalism at work, and perhaps as a priest I’m blind to it. But maybe there are people invested in the current system, and “empowerment of the laity” is a convenient wedge to drive into the movement for change. Ask questions and notice connections.

I could say more, but this is enough to get us started. And I have a plane to catch.

To get this online before I board, I haven’t proofread any of this. Please forgive typos (or tell me about them in the comments.) I’ll edit and update in a few hours. Enjoy!