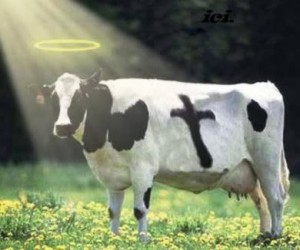 The Standing Commission on Liturgy and Music for the Episcopal Church has asked for feedback on their thinking about revision to our sanctoral calendar. I’d encourage you to have a look at the comments section on the latter link, where there are extensive comments, good conversation, and some thoughtful response from SCLM members. In the past, I’ve blogged about HWHM a couple of times (here and here). Other bloggers have written about this as well. Mostly, I hope the SCLM and other leaders in our church will give this much thought and prayer before the next General Convention.

Before I share a few thoughts, I’d like to thank the SCLM for a thankless job. They have a great deal of work to do on minimal funding. For their trouble, they get snarky comments from the likes of me. While I don’t always agree with their recommendations and resolutions, I remain grateful for their commitment to our liturgical life. That said, I do want to offer some feedback as they have requested, acknowledging that I’m a liturgical dilettante at best.

I have three chief observations about the proposed revisions (and most recent offerings) from the SCLM. There is a fourth related observation that must also be raised here.

First, I think we continue to confuse the act of making saints and the act of commemorating saints. Saints are made not by legislative committees, but by baptismal fonts. In the New Testament, “holy one” or saint is the title given to members of the church. The communion of saints is the company of all the baptized throughout all time and space. The Roman Catholic church might have a formal process for granting the title of “saint” but even they believe the communion of saints consists in the baptized, apart from people who get the imprimatur of the Vatican.

Now, then there is the matter of how we decide to remember particular people in our common life. That is what we ought to be focused on here. While a local community can remember any Christian they like to remember in their prayers, we set apart certain people to be commemorated by the whole church. It’s too easy to conflate these two communities of saints, so we must be on guard in our conversation and thinking to be clear about both the communion of saints and the company of saints we commemorate.

We differ on how we remember saints. That’s fine. But we should all be clear on who is a saint. If you are baptized, you are a saint. Period. So the report does a disservice when it talks about, for example, “theologies of sainthood.” Sainthood is clear; how we remember them is less clear.

Second, I do think the idea of establishing a threefold pattern of sanctoral commemoration is attractive. The core calendar would largely comprise New Testament saints (the “red letter” days) and maybe a few others. This would presumably be used across the church, either strongly encouraged or even compulsory. The proposed new volume (“A Great Cloud of Witnesses”) would include folks from HWHM and perhaps others. Here we get a set of optional commemorations, a kind of “who’s who” of saints for common use. Finally, local communities would be encouraged to remember saints important to a local community.

This approach preserves a churchwide commemoration of the Major Feasts while allowing a great deal of flexibility in locally adapted use. It also takes some of the pressure of the “second tier” because the addition of a commemoration does not mandate its use. Perhaps most important, it provides a path to determine who to add in the future, because local commemorations are especially encouraged (even more so than today).

So in general, I think the approach commended to us is a big step in the right direction from the current mess of a trial use calendar. It’s also an improvement, I think from our current official calendar.

To start with, it makes no sense whatsoever to propose the addition of non-Christians to our calendar of commemorations. Yet, the SCLM has been willing to suggest, for example, that a rabbi is in the communion of saints. That rabbi is doubtless a faithful witness to God’s love, but he was not a baptized Christian. It seems like the worst kind of anti-Judaism to posthumously declare someone to be a Christian. Just because someone was nice or inspiring does not mean they should be remembered as saints. We Christians can and should learn much from our sisters and brothers of other faith traditions, but we do not need to sow confusion by pretending that non-Christians were Christians.

The stated criteria include “Christian discipleship.” See previous paragraph, but also note we have included people (John LaFarge, anyone?) who are known for their accomplishments more so than their discipleship. I could go on, and others already have, but you get the idea.

Let’s establish clear criteria and stick to them.

Fourth, though unrelated to this request for feedback, it’s important to note something. Amidst all our talk of Holy Women, Holy Men, our official calendar of saints is no longer available for purchase, as far as I know. HWHM is a trial use calendar, which means some churches will prefer to use the current, official calendar. Alas, it is impossible to get the current calendar of the church in print or electronic form, I think. (Maybe someone can correct me here. I hope I’m wrong.) Let’s make sure our official resources remain available while we’re in revision.

I hope the SCLM will listen carefully to the feedback they are receiving. Let us all pray for them and their deliberation. And then when they issue the next documents for feedback or legislative action, let’s make sure we give due and careful consideration to their heartfelt work.

In our increasingly fractious world, we do well to gain confidence first in our own identity, which allows us to be generous to others. Our sanctoral calendar would benefit from a clear identity and a generosity of local practice. Let’s set up clear criteria for churchwide and local commemoration and see what happens.

Frankly, I picked the title of this blog post because of the humor and “poetry” of HWHMHC. Also, the image made me chuckle. But if we don’t get some clarity, we might soon adapt the custom of our Hindu friends of calling animals holy too, and then we’re one step away from commemorating St. Bessie the Cow. It will make for some good jokes but lousy church.