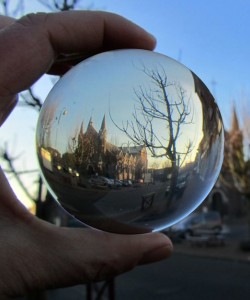 It’s customary this time of year for pontificating teevee talking heads and bloggers to make predictions for the year ahead. We’ve done this before at 7WD, and I think our record is pretty good. While it didn’t happen exactly on the timeline I suggested, Jim Naughton has moved to Akron, OH, which is surely the first step in him becoming a reclusive billionaire whilst he saves the Episcopal Church. Go ahead, and review my previous set of predictions.

OK, so here’s what will happen in 2014. Most of these have to do with the Episcopal Church. Because church nerd.

Presiding Bishop elections. Various bishops will campaign for the job while claiming not to campaign. Watch and giggle. The Joint Nominating Committee for the Illusion of Transparent Democracy During the Election of a Presiding Bishop (or something like that, I can’t quite remember the name) will issue various documents costing hundreds of thousands of dollars. Meanwhile, this whole effort is to a fill a job that is unbelievably difficult, except for the small perk of getting to be the president of the Forward Movement board. 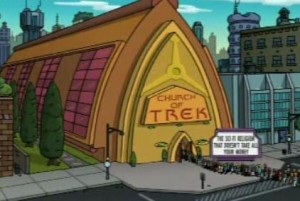 Restructuring. The Task Force for Reimagining the Episcopal Church will claim to come under Germanic influence and rename itself the Task Force for Reimagining the Episcopal Kirche (TREK). Then they’ll really let loose and take off, much like a warp-powered spaceship. Here’s a summary of the proposal they’ll produce: dioceses become sectors, parishes become outposts, and CCABs are replaced with computer programs. Showing their anti-clerical bent, bishops will be retitled “Sith Lords” and 815 becomes the Death Star. The staff there will protest, but they won’t be able to agree on what we’re supposed to call it instead.

Not Just Ashes to Go. Given the popularity of Ashes to Go, we’ll see Palms to Go, Easter Eggs to Go, and Holy Water to Go. The latter option will be carried out with Super Soakers at train stations, causing problems with the authorities but reversing decades of declining membership.

Holy Women, Holy Men, Holy You. The Standing Commission on Liturgy and Music will propose the publication of a special edition of HWHM with a mirror on the cover. You too can be recognized as holy! Meanwhile, a curmudgeonly backlash will cause hard liners to resort to the pre-Reformation calendar of the church until they realize it’s basically got all the same problems as HWHM.

Anglican Adjective Crisis. The Anglican secessionists will have a major new problem to confront when they run out of melodramatic adjectives and metaphors to describe their situation. After using up “today is our Good Friday” and “this is the decisive crisis” and “now is the time to choose our destiny” they’ll realize that the pace of drama isn’t sustainable. Settling down, the new talking points will be “they started it” and “I know you are, but what am I?”

Women Bishops and Gay People in England. The Church of England will discover that, despite what they’ve been told, there’s no such thing as cooties. Women will be consecrated bishops and immediately start talking sense in the House of Bishops. This will start the inevitable path toward the blessing same-sex relationships, as the current policy makes as much sense as no-I-will-not-stop-and-ask-for-directions perpetuated by the current bishops.

Forward Movement. I would be remiss if I didn’t make a prediction about the place I serve. After we consider investing millions of dollars in an e-reader called the Portable Narthex to sell e-pamphlets, we’ll decide to explore other directions, such as QR codes to our products on communion wafers. After the success of Hour by Hour and Day by Day, we’ll start a new Twitter service called Second by Second with inspirational tweets at the rate of 3600 per hour. I will narrowly survive an attempted board takeover as Tim Schenck tries to get Forward Movement to publish an Episco-Ferret calendar.

OK, after all that silliness, here’s a serious one. More and more people will realize that discipleship is what our church needs. When we focus on following Jesus, most of the ridiculous things that take up our time recede in importance. Discipleship-rooted congregations tend to grow, and they do this without gimmicks or short-term tricks. While conflict does not vanish, we manage to carry on with the most important things as we work out our differences. As we start demanding more of our members, they will rise to the occasion, and the church will be irresistible to increasing numbers of people.

More and more congregations will grow. And this year and next year, we’ll see the early signs of a great cataclysm as hundreds and hundreds of congregations move toward closing. Those who choose discipleship will grow, but many will prefer maintenance and a museum culture that has no future. However, as we have increasing numbers of congregations and leaders who are grounded in discipleship, we will (I hope) manage our anxiety to an appropriate level.

All joking aside, I’m very optimistic about the overall future of the Episcopal Church. There’s a bunch of hard times coming, but this pruning will make way for a healthier church more ready to proclaim the Good News in our world.