Monday in the Fifth Week of Lent: Now I see

From the gospel in the daily office readings: “He said to them, ‘He put mud on my eyes. Then I washed, and now I see.'” 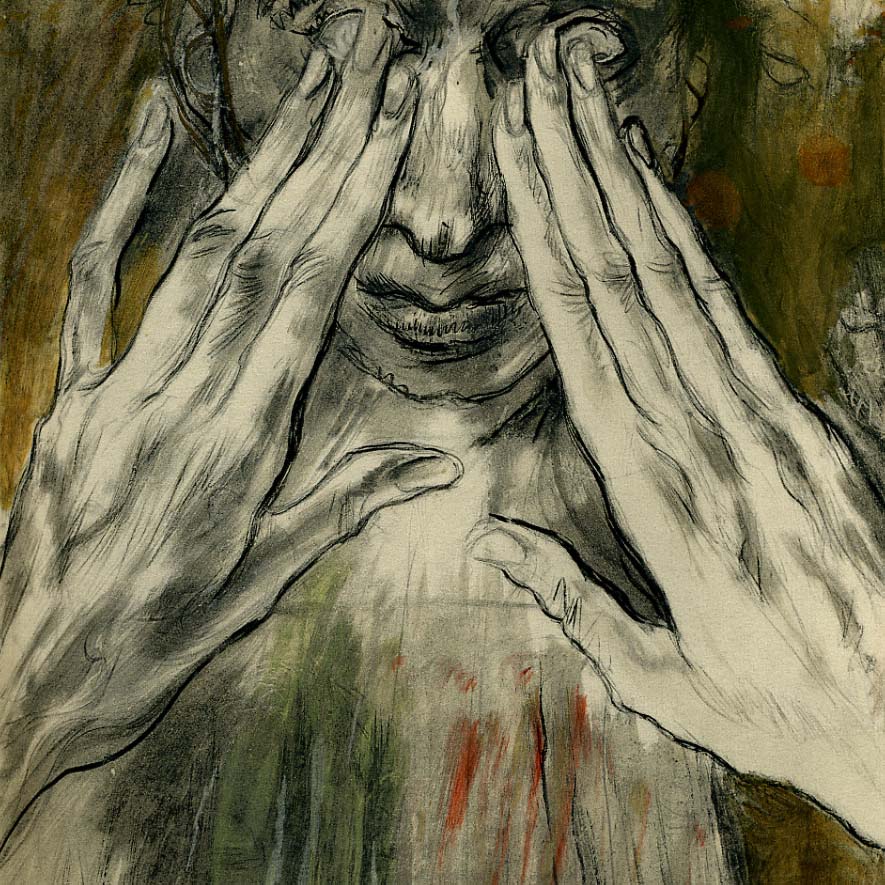 John 9:1-17
As Jesus walked along, he saw a man blind from birth. His disciples asked him, “Rabbi, who sinned, this man or his parents, that he was born blind?” Jesus answered, “Neither this man nor his parents sinned; he was born blind so that God’s works might be revealed in him. We must work the works of him who sent me while it is day; night is coming when no one can work. As long as I am in the world, I am the light of the world.” When he had said this, he spat on the ground and made mud with the saliva and spread the mud on the man’s eyes, saying to him, “Go, wash in the pool of Siloam” (which means Sent). Then he went and washed and came back able to see. The neighbors and those who had seen him before as a beggar began to ask, “Is this not the man who used to sit and beg?” Some were saying, “It is he.” Others were saying, “No, but it is someone like him.” He kept saying, “I am the man.” But they kept asking him, “Then how were your eyes opened?” He answered, “The man called Jesus made mud, spread it on my eyes, and said to me, ‘Go to Siloam and wash.’ Then I went and washed and received my sight.” They said to him, “Where is he?” He said, “I do not know.” They brought to the Pharisees the man who had formerly been blind. Now it was a sabbath day when Jesus made the mud and opened his eyes. Then the Pharisees also began to ask him how he had received his sight. He said to them, “He put mud on my eyes. Then I washed, and now I see.” Some of the Pharisees said, “This man is not from God, for he does not observe the sabbath.” But others said, “How can a man who is a sinner perform such signs?” And they were divided. So they said again to the blind man, “What do you say about him? It was your eyes he opened.” He said, “He is a prophet.”

Let us pray.
Lord Jesus, open us to see your healing power, and then give us grace and courage to share the Good News of what you have done. Amen.