This is the second in a series of posts on the B, C, and D resolutions to be considered by the General Convention of the Episcopal Church this summer. It follows my series on the A resolutions of the “Blue” Book. The previous post in this series was about Anglican Covenant responses. Be sure to check out the index of all General Convention 2012 resolutions and the 7WD official position on them. 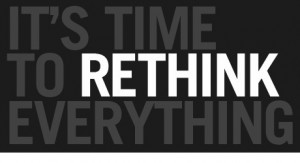 There are a bazillion resolutions calling for proposals to rethink the structures (administration, governance, committees) of our church. Most of the resolutions are more-or-less clones of one another, being based on the so-called “Sauls Proposal.” This has been well-hashed elsewhere, but I personally give thanks that Bishop Stacy Sauls kicked off this new wave of thinking, with some urgency. We need it.

Some people were upset that Bishop Sauls proposed his ideas at a House of Bishops meeting rather than at an Executive Council meeting. Or perhaps some folks were caught off guard by these proposals and what they represent. My thinking is that we need some fresh ideas, and we should welcome them from any quarter, any time. We have “due process” when it comes to considering, ratifying, and implementing ideas, so we don’t need to worry too much about hijacking or whatever else troubles people about new ideas. At the idea generation phase, let’s cast a wide net.

That brings us to the structure resolutions. In essence, almost all of them call for a “Special Commission” to do some investigating, thinking, deliberating, discerning, and recommending. Then these ideas are to be considered by the General Convention. The details vary a bit, but that’s the gist of it.

Early on, Bishop Sauls was suggesting a special convention focused just on these proposals. In the face of stiff resistance, this suggestion seems to have been softened. It seems to me that it’s actually worth getting our leaders together for a focused conversation on structure, whatever we call it. If we limit ourselves to a regular General Convention, this stuff simply won’t get the airtime it needs. Too much is at stake. Our track record at quickly adopting and implementing complex proposals is pretty lousy.

The “new” prayer book was done well, but it took 15+ years. Our new health insurance provision was done quickly, but not especially well (as the many resolutions to rescind or delay the proposals attest). Things like lectionaries and canonical revisions have been utterly botched. So let’s find a way to devote, say, four days to a conversation with bishops and deputies focused solely on structure. We could, in fact, carve out that time at a General Convention, but it would require radical rethinking of how many resolutions we allow to come up for consideration.

But, as I so often do, I have digressed.

The structure proposals — in whatever form ends up getting passed — are mostly solid. The idea of a fresh group of people bringing fresh ideas is compelling and workable. I see no harm in also having our existing Standing Commission on the Structure of the Church have a crack at this stuff too. More ideas is better. Here’s why I don’t want to limit our thinking to the SCSC: look no further than this current “Blue” Book, where they propose tweaks to pretty much everything else under the sun except for the existing machinery of General Convention and CCABs. We do NOT need defenders of the status quo to guide our conversation in these areas. However, we should allow ourselves to hear their experience and wisdom.

In my view, we should start with a blank slate. “IF we were creating the Episcopal Church from scratch for our time, what would it look like?” Let’s pretend we have no headquarters, no committees, no legislative assembly. Nothing. What would we build? What does our mission compel us to build?

Our question cannot be, does this committee do a good job and are the people who have served on it faithful servants? No, the question must be, how can we do this work? Is there a way to do it without a committee? Do we need a staff office to make this work happen?

There should be no sacred cows. Everything, and I mean everything, should be up for grabs. Except. We are an episcopal church, so we need to continue to understand that the fundamental unit of the church is the diocese, not the congregation or a larger structure. Also, we need a model that supports ministry and leadership by lay people, bishops, priests, and deacons. Open, clear, governance is necessary.

As far as I’m concerned, everything else is up for grabs. In no particular order, these are things that should receive consideration. It’s not an exhaustive list, just some examples to prime the pump.

That’s enough. You get the idea. My point is really that I hope we will do more than reduce our CCABs from 75 to 73 or tweak legislative committees at General Convention. We need big picture, bold ideas.

One more time: I’m not wedded to any of the ideas I’ve floated here, and I’m pretty sure most of them are not good ideas. But they represent the scale of revision I hope we’ll consider. If you want more specific proposals, check out these posts from Tom Ferguson, Kirk Smith, Susan Snook, and even 7WD from the archive.

We don’t know how these will come out of committee. A bazillion go in, but probably only one or two will come out. What’s important to me is that the following conditions are true:

As regards the last point, we don’t need, for instance, a “Presiding Bishops” or a “President of the House of Deputies.” There, I said it. We need to involve lay people, bishops, priests, and deacons in our leadership and governance, but that can be done lots of different ways. Let’s put the rest up for a rethink. All of it. And maybe we look at lots of stuff and decide to leave it in place, but let’s at least do the work of asking all the questions.

Here are the resolutions. The cloned one is first, and the others are at the bottom of this post.

The following resolutions are basically clones of the Sauls resolution and would be fine if passed, though the bit about the special convention needs to be rewritten.
C001: Structural Reform. Likely vote: YES.

Here are the others (currently, there will probably be more).

C007: Special Commission on Ministerial Structures and Strategy. Likely vote: NO.
Doesn’t really make sense. Requests “dialogue” toward setting up a special commission, does not tell it what to do, and then says “General Convention” is supposed to present a plan “to the Church”. We need action, not just talk. We need a plan for General Convention to consider, not to present. The other resolutions are much better.

C020: Reorganization of The Episcopal Church. Likely vote: NO.
Asks the Standing Commission on the Structure of the Church to come back to the next General Convention with a proposal. We need new folks to get new ideas, in my view. I’d like to see the SCSC involved, but not leading this.

D010: Ensure Provincial Representation on Restructure Commission. Likely vote: NO.
This one asks that the structure special commission, should it be created, have a provincial president or vice president as well as the provincial coordinator from each province. The author must assume the special commission is going to be huge, because this alone would add 18 people. This resolution, in my opinion, is well intentioned but unhelpful. First, I don’t think much of provincial structures as I’ve said many times. Let’s ensure diversity, but we don’t need to have this particular category. Second, I think the whole commission should be 15-20 people, not a bazillion. So, no thanks. Let’s let the PB and PHoD fill this — and determine its size — as they see fit.

A note about the composition of the special commission

On the subject, I’d like to suggest a radical break from custom (and canons, in some cases, though not this one) on this commission. I’d like to see the PHoD be able to nominate bishops and the PB be able to nominate lay people and deacons/priests. Here’s why. Let’s say, hypothetically, the PB and PHoD come at this with different perspectives. In the current practice, the PB appoints bishops and the PHoD appoints lay people and deacons/priests. This can lead to situations where it looks like the episcopate is at odds with the rest of the church, when in fact, the points of view are reflective of the one who appointed them. So if we allow some cross-fertilization, we’ll end up with new kinds of configurations. Bishops might end up here who might not otherwise get appointed, etc. Canons require our current practice on CCABs, but this is a special commission, so I think it could be done differently. Oh, and I hope we’ll get a good mix of veterans to the current system and completely fresh thinkers.

I think we need to get age diversity. There are generational shifts at work in our thinking about the church, and we want to make sure we don’t tilt too much to one side or the other. So imagine of this commission is about 20 people. 3 each from the teens, 20s, 30s, 40s, 50s, 60s, 70s. Wouldn’t that be nifty?