This time around, we’ll look at resolutions by bishops, dioceses/provinces, and deputies thematically. So this post looks at the resolutions currently submitted which deal with the Anglican Covenant responses. I covered a couple of these in my earlier “Blue” Book posts, A126 and A145. Probably only one of the Covenant resolutions will make it out of committee for consideration, and then it will be heavily amended. So my remarks are based on what we have now, and the actual resolution will get due consideration in its perfected form. 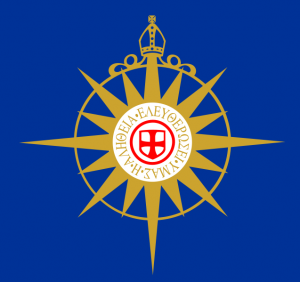 As I have written elsewhere, there is a spectrum of proposed responses to the Anglican Covenant, ranging from complete acceptance to complete rejection. Only a tiny number of people in the Episcopal Church favor total acceptance, and while I give thanks for their witness, I do not share their view. I also think it would be wrong for us to wholly reject the Covenant. While I generally favor clarity, I think it is also important to stay in conversation in the midst of disagreement or tension. Severing the conversation, by definition, cannot make reconciliation possible.

Some will say that since the Church of England has rejected the Covenant, it is dead in the water, and so we should reject it. First of all, I think the Covenant in England is like a zombie that will come back from the dead before General Synod knows what happened. Second, they have not said “no” but rather “not in this session of Synod”. I happen to think that with the passage of time, issues will smooth out, and there will be more clarity about what a Covenant will and won’t accomplish.

My general thoughts, by the way, are that the Anglican Covenant will not solve any of the presenting problems, because it seems that folks on the left and right are both unwilling to sign it. It’s a worthy effort though, and I appreciate the faithful efforts of a large number of people to save the Anglican Communion. Among other things, the Covenant effort has kept quite a few of us at the table together, and that paves the way for possible reconciliation.

Some people opine that the idea of a Covenant is not Anglican, but I question that position (which I might or might not have stated myself now and then). The 39 Articles similarly attempt to define a set of theological positions, and there were clear “relational consequences” for not sticking to them. They served a time and a place. Now, it is true that the Covenant centralizes authority in a new way, but it’s less clear to me that this is all bad. Mind you, I am not advocating an Anglican curia, but I do think it can be useful to be able to define who we are and aren’t. I don’t much like the way the Covenant goes about its project, but I think it would be a mistake to reject the entire enterprise without at least some appreciation for parts of it.

The fact is that we, as a Communion, are in our adolescence. Having been born in our current form only in the 1960s and 1970s, it’s expected that we would have some growing pains. Couple that with American foreign policy and some anxiety in our Communion, and things start to get complicated. I think if it weren’t for issues of human sexuality, we’d be having these crises over something else.

You see, our world no longer permits a distinction between a local and global church. A vicar gives a theologically problematic sermon in London, and it’s on Twitter in seconds. An interfaith service gathers Christians and Hindus at the altar in America, and days later Christians are beaten in India. A caustic remark by a bishop in Uganda is relayed around the world for all to hear. We are called to exercise a new level of forbearance and mutual interdependence, and this vocation will not be easy.

The Covenant will not solve these problems, but it is a good faith effort. I don’t know how we’ll continue to be in relationship, but it is essential that we are. St. Paul reminds us that one Christian cannot say to another, I have no need of you. Americans too readily cut ourselves off from those with whom we differ, and in so doing we miss a vital opportunity to be transformed by the other. So that’s why I will not endorse the Covenant as it now is, but neither will I condemn the whole project.

The situation is complex, and I am skeptical of those who offer easy answers. Let’s take a deep breath and then let’s keep talking, praying, and serving together.

B005: Ongoing Commitment to The Anglican Covenant Process. Likely vote: YES.
This resolution comes from Bishop Ian Douglas and others. In my view, it is the best of the range of resolutions on the Covenant. It affirms our desire to remain a part of the Anglican Communion and says that we’ll be in conversation if we’re doing things that others find difficult. This makes complete sense to me. We don’t have to apologize, but rather share what we’re doing and why, and then we listen. Not complicated. This resolution says that we are basically OK with the first three sections of the Convenant (which define who we are and how we relate to one another), but that we have some questions about the fourth (disciplinary) section. It then proposes a study of what would need to happen for us to adopt the fourth section, and for a group to report to Executive Council and then to the next General Convention.

This will allow us to make a thorough and intelligent response to the Covenant. In three years, I suspect the Covenant effort will have subsided. If not, we will be in a good position to say no (or possibly yes). But in the meantime, we’re saying that we want to stay at the table. This resolution is clear, honest, and open. I hope we pass some version of this one.

B006: Affirming the Anglican Covenant. Likely vote: NO.
This one, from Bishop John Bauerschmidt and others, accepts the Covenant. For the reasons I’ve stated above, I don’t support this resolution. I think it’s the wrong thing to do, and there’s no way it will get more than a tiny number of votes in either House.

D006: Consideration of a Covenant for Communion in Mission. Likely vote: NO.
From Deputy Jack Tull. Rejects the Covenant, says we want to stay in the Anglican Communion, and affirms “A Covenant For Communion In Mission“. This Covenant, developed by the Inter Anglican Standing Commission on Mission and Evangelism (IASCOME) is, as its title suggests, a mission-focused attempt to bind us together. It has no “relational consequences” or comprehensive attempt to articulate what we believe. If we were to affirm something other than the Anglican Covenant, I’d want to affirm this Anglican document or perhaps the Chicago-Lambeth Quadrilateral as our basis for relationship. But as I wrote above, I like the Douglas resolution because it keeps us in the process we have in front of us. Anything else takes us out of that conversation.

D007: Response to the Anglican Covenant. Likely vote: NO.
From Deputy Susan Russell, this one says we want to stay in the Anglican Communion and rejects the Anglican Covenant. I’m not sure I’d agree with the statements in this resolution that the Covenant isn’t Anglican, and even if it’s true, I’m not sure it’s helpful to say in this context. This also says we will have “prayerfully considered” the Anglican Covenant, and I don’t think we should use that phrase unless we mean it. When I approach God in prayer about a question, I think it’s important to be open to any possibility that the Spirit might speak to me. If I already know what I’m going to do, and I say a few words in God’s general direction, I haven’t prayerfully considered anything. I wonder how many of us are truly open to any possibility when we consider the Covenant?