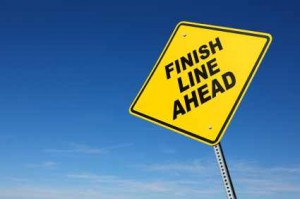 This will be the final post in my blogtastic odyssey through the “Blue” Book. In a separate series, I will cover B, C, and D resolutions. Depending on whether or not my interest in this project fades, I’ll cover highlights or everything. Stay tuned.

In any case, here are several resolutions from agencies and boards (the oft-forgotten AB of CCABs). Oh, and at the end there are a few resolutions from sundry groups who get to put stuff in the “Blue” Book.

A146: Budget Appropriation for The Archives of the Episcopal Church. Likely vote: YES.
Brought to you by the Archives of the Episcopal Church, this resolution funds them for a triennium. At under a million bucks, they are cheap (that’s for three years!). Archivists do an essential thing for us, though their work might be less exciting to some folks. Not only do they preserve records and aid researchers, but they help us understand our story. The digital archive site alone is a fantastic resource, allowing one to find out quickly what General Convention has said about this or that.

Sadly, they are using inadequate space, and we haven’t managed to fund construction of a new archive facility. I wonder if we’ve considered donating our entire collection to a university for housing, and then retaining our staff as curators, acquisition specialists, and research liaisons? Or here’s another rad idea: what if we moved the Church Center to the vacant city block in Austin, TX that we bought for the archives? We could construct a building that would house offices and our archives. There’s already a massive church-owned parking ramp and a thriving parish across the street. My point is: I hope that as a church we will not neglect our archives, but rather do something (anything) as a proactive, strategic matter. For now, however, they need money to operate. Let’s give it to them.

A147: Continue Forward Movement. Likely vote: YES, except that I will find a way not to vote on this one, as it is a conflict of interest.
This one authorizes the continued ministry of Forward Movement, my employer. Forward Movement is a self-sustaining agency, meaning no funds are requested from the General Convention. Think of us as a free and awesome ministry powerhouse. OK, not free, because many of our resources cost money, but we do not cost the Episcopal Church money in any budget lines. Besides Forward Day by Day, Forward Movement does all sorts of nifty things, and a bunch more are about to be announced at General Convention (come see them in booth 515). I’m not totally sure why we always submit this resolution, since presumably we are authorized to continue until told otherwise, but there it is. Vote for this — and we’ll keep doing cool things. If I learn that it is not necessary for us to trouble General Convention with a resolution, we will absent ourselves from the legislative agenda.

Note: as far as I know, there is no way for Deputies to abstain from voting on a question (Rules of Order, 40(a). So I will endeavor to be absent from the floor of the House of Deputies the day this one comes up for a vote. Interestingly, I cannot just get up and leave for the vote (Rules of Order 58), so I will need to arrange with our alternate Deputy to take my spot for a session. As I am glad to yield floor time, this will not be a challenge, except for the fact that I need to magically determine when A147 gets to the HoD. Such are the intricacies of General Convention!

A148: Special Committee to Consider Standards for Formation and Ordination. Likely vote: YES.
From the General Board of Examining Chaplains, this one would form a committee to try to articulate some standards for skills and knowledge for those who are to be ordained. You might think this is done, but that’s not the case. There are lots of ways in which we need some clarity around these issues, as we are exploring increasingly diverse ways to prepare deacons, priests, and indeed bishops, for ordination. I wish this resolution didn’t micromanage the composition of the committee, but I have no quibble with the details they propose.

On a related note, the Executive Council passed a draft budget that de-funds the General Ordination Exam, which is the main work of this board. Anyway, what is fascinating about Council’s decision is that it violates the canons of the Episcopal Church. By canon, the Episcopal Church needs to administer the G.O.E., and also by canon, canonical expenses take priority over non-canonical expenses. So if we don’t have enough money, we have to fund the things we have institutionalized in our canons, which actually makes sense. So when you are quizzing people about our massively broken budget process, ask them why they voted to violate the canons of the Episcopal Church. Sigh.

A149: Fund the Board for Transition Ministry. Likely vote: NO.
This one continues the Board for Transition Ministry, which advises the Office of Transition Ministry at 815. As I have said before, I’m not a big fan of external boards to monitor and advise staff. If our staff wants/needs advice, let’s trust them to ask for it or set up advisory committees. If we can’ t trust our staff to do their job and to seek advice when needed, then we have the wrong staff or we have an untenable environment. If either one of those situations exist, let’s deal with them on their own terms.

To be clear: I have nothing against the staff of the OTM or anyone on this board. For all I am concerned, the same people can continue as an advisory committee. But let’s stop muddling things by getting General Convention and its creatures to micromanage our staff.

The following resolutions are from sundry groups, not agencies and boards.

A150: Develop Nine-Year Vision and Budget Cycle. Likely vote: NO.
The Budgetary Funding Task Force presents this resolution, which asks that we adopt a nine-year budgeting process, so that priorities are determined in advance of the election of a Presiding Bishop and then set for the duration of her or his office. I have a couple of reservations about this. First, I’d rather rewrite the budgeting process from the ground up and get us to a more healthy place, where General Convention largely gets out of the budgeting process altogether and rather sets priorities with the assumption that the staff will develop and administer appropriate budgets. This can be monitored by Executive Council. This resolution would be an improvement over our current system, but only in that we’d set aside some of our misery and dysfunction for certain triennia. We can do better. Second, I think this makes our whole church revolve around the Presiding Bishop, and that’s not a good direction. I’m not one of the partisan PB-detractors, but I do think we need to get both of our Presiding Officers’ roles rescaled for the 21st century. Less is more.

A151: Response to the Call of The Charter for Lifelong Christian Formation. Likely vote: NO.
Coming from the Task Force on Older Adult Ministries, this resolution asks the Episcopal Church to adopt a series of statements and maxims. Here are a couple of examples: “to encourage all generations to make their own discoveries in the journey of lifelong aging” and “includes people of all ages as participants in baptismal ministries” and “understands there is a wholeness in aging, including mind, body and spirit”. Here’s the thing: I agree with every single one of their statements. Literally. All of them. I’m glad this task force has identified and collected them. However, I do not think anyone outside of General Convention will know about this resolution — until they are told about it by…someone. And that telling can happen without some committee and then 1,000 people deliberating over the ideas contained herein. Because we will not just sign off on this thing. It will need to be wordsmithed. And in all that work, there is an opportunity costs. You see, resolutions like this are a death by a thousand cuts to our legislative process. By spending so much time on important and even admirable things that we do not have to do, we run out of time to be creative, to be visionary, or to be proactive. So as much as I agree with all this, I have to say no.

A152: Recognition and Action on Elder Abuse, Neglect and Exploitation. Likely vote: YES, if amended.
Also from Task Force on Older Adult Ministries, this resolution is hovering right on the line of something I wouldn’t vote for, even though I agree with it. It seeks to raise awareness of elder abuse and related issues. These are important matters, and that’s why I’m glad to see that this resolution does more than commend or endorse. It asks money to create some new resources and to identify existing resources. I’d be especially excited to vote for this one if it goes one step further: request that congregations post information in their buildings. That will be a concrete, actionable step that we can take to reduce suffering.

A153: Continuing the Task Force on Older Adult Ministries. Likely vote: NO, but I am persuadable otherwise.
Authorizing the continuation of this task force, which is surely dealing with important issues facing our church, especially as we age. My only resistance is that I wonder if there’s another way this work can be done. Can another existing standing commission or agency do this? Can some people get together in a Facebook group and do this work? I come to the issue of committees with inherent skepticism. The wrong question is “Does this committee do important work?” or “Are these hardworking people?” The right question is “Must this committee exist for this work to continue, or is there another way?” Answer the latter one for me, and I’ll cheerfully vote yes.

A154: Call to Celebrate Older Americans Month. Likely vote: NO.
The answer is obvious: there are only 12 months, but there are a zillion demographic groups. We don’t want to go down this road. “Why to spectacle-wearers have a month, but not people who are left handed?”

A155: Continuous Cycle of Strategic Planning & Oversight. Likely vote: YES.
This resolution is brought to us by the largely unknown but very important Executive Council Committee on Strategic Planning. If passed, this would “affirm” their strategic plan for the Episcopal Church as a “working document.” I gather that’s one step shy of endorsing the full contents of the plan, which is a good thing. It’s a bit too oriented toward our existing fifty bazillion committees, and I find some of the directions problematic. HOWEVER, I very much admire the fresh take of their plan and the way in which it is a welcome departure from the 100% structure-centric approach of, say, the Standing Commission on the Structure of the Church. I also will gladly vote for the idea of this strategic plan as a model for provinces, dioceses, and congregations with an encouragement for them to do strategic planning. Time to stop reacting and start getting ahead of the game. So there’s plenty of upside here and very little downside. By the way, you should read this report, which starts about page 733 of the tome.

That’s it for the “Blue” Book. There are a few more new A resolutions and a zillion B, C, and D resolutions. I’ll have a look at those in the coming days.

And now, as the church has celebrated big events for well over the thousand years, let’s sing a song to give thanks that we made it through the “Blue” Book.

(That’s the choir in which I sang as a college student, by the way.)