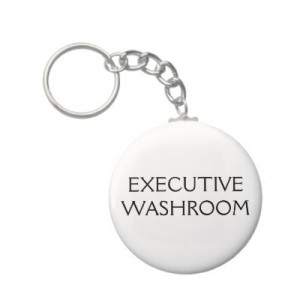 There are a boatload of resolutions from Executive Council and its committees, so we’ll have a look a them over two or three posts. Here’s the first batch for your reading pleasure.

A116: Amend Canon I.3, Article III. Likely vote: YES.
Cleans up some canonical language regarding the officers of the Domestic & Foreign Missionary Society (the corporate name of the Episcopal Church). I’m all for having clean, clear canons.

A119: Amend Canon I.1.13. Likely vote: YES.
More cleanup. This one adds a stipulation that the Executive Officer of the General Convention serves at the pleasure of Executive Council. I suppose this makes sense, but I’d want to hear from someone who understands the political landscape what this might mean.

A120: Amend Canon I.1.1(b). Likely vote: YES.
This provides a mechanism for replacing the Vice President of the House of Deputies if the office becomes vacant during a triennium. Why this wasn’t done before now is a mystery, but there it is. At least we’ll finally have a way to do this. I also note, for what it’s worth, that this canon includes language about the President of the House of Deputies having an “Advisory Council” rather than the “Council of Advice” which is what we seem to call it. My brain likes consistency, so I think we should either fix the canons to call it a “Council of Advice” or we should use the canonical title for this group.

A121: Amend Canon I.4.3(g). Likely vote: YES.
Cleans up reference to the name of the finance committee of Executive Council.

A122: Financial Oversight and Budgeting Process. Likely vote: YES, if this means what I think it means.
If passed this charges the Standing Committee on the Structure of the Church “to review, and recommend revisions to, Canons and the Joint Rules of Order regarding the financial oversight and budgeting processes of the Domestic and Foreign Missionary Society and The Episcopal Church.” As I’ve said before, our budget process is completely broken and utterly dysfunctional. So I’m all for a careful look at it. What I do not want to do is preclude others from also making suggestions. If some of the many restructuring resolutions pass, I want “outside” groups to be able to make proposals as well. On the other hand, if this resolution’s intent is to funnel all proposals relating to the budgeting process through the SCSC, then I will strenuously oppose this resolution.

A125: Recommit to the Work of Anti-Racism. Likely vote: YES, but with concerns.
As I’ve stated repeatedly, I’m not a fan of resolutions that restate what we’ve already said, that affirm things, that recommit to things, or that commend things. This resolution does all this, and I’d favor an amendment to remove what seem to be extraneous material (in my view). However, I will support this because it endorses the use of a particular resource (“Seeing the Face of God in Each Other“) and because it is evident we have a problem. In the explanation, the writers note the failure of 23 dioceses to offer any anti-racism training. This is surprising, because it is required for those seeking ordination. Racism continues to be a problem in our church, and I think we need to continue to work at doing better. While training is not the entirety of a solution, it can certainly help. (The explanation also frets that there are only 38 anti-racism committees, but I do not think a committee must be created to attend to every problem.)

A126: Consideration of the Anglican Covenant. Likely vote: NO.
There are several resolutions which offer responses to the Anglican Covenant, ranging from complete rejection to complete acceptance. For reasons I’ll write about when I come to the other resolutions, I favor one of the more nuanced resolutions. While I do not believe we should endorse or accept the Covenant, I think we can be a bit nuanced in saying something other than yes.

A note about our canons and their sorry state
These are all revisions to clean up our canons, mostly dating from 1997 canonical changes. Our canons are a complete mess. If you look at almsot any part of them, there are ambiguities, along with a failure to account for particular situations. One expects that there would be a provision for replacing any of the officers of a corporation, but we’re just getting to that. There are now ambiguities relating to voting numbers of the House of Bishops. There are unclear canons about the situation in which a diocese purports to leave the Episcopal Church. Clergy discipline for bishops is a mess.

What we need is a thoroughgoing rewrite of our canons starting from a blank slate. They’ve been inconsistently amended again and again. We should not be arguing about the meaning of canons; there is no reason for them to be unclear, or for them to fail to account for situations which are completely foreseeable. Like our church structure conversations, we need to move past minor tweaks to a complete look at the whole picture.