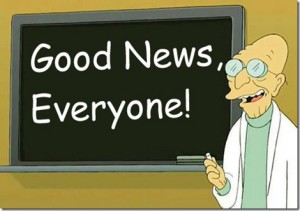 A070: Develop a Multimedia-Based Evangelism Guide. Likely vote: YES.
Ordinarily, I would oppose this on the grounds that resource development is best done by networks or various organizations within the church. However, we are so colossally bad at evangelism as a church, that I am in favor of almost anyone trying their hand at producing material. One important request, however: can this evangelism guide please talk about Jesus? There’s a lot of talk about tools, storytelling, and community organizing. We need all those things. But more than that, we need Jesus, and we need to share the Good News with others. That is evangelism, and nothing less will do.

A071: Amend Canon III.8.5(g)(5). Likely vote: NO, but I stand ready to be educated.
This would add a list of particular racial and minority groups to the canon which directs that those preparing for ordination should learn about “contemporary society, including the historical and contemporary experience of racial and minority groups, and cross-cultural ministry skills.” I do not think it is a good idea to put lists of things in our canons, if at all possible. Inevitably, we will leave some people out. Or we will decide we have used the wrong terminology. Also, the list is very much oriented toward the United States, even including the use of the word “domestic”. We are, as others have said, an international church. If we are going to claim that identity we need to bake it into our canons.

Now, all of that said, I also recognize the value in naming a wide range of people, lest we think that the groups with which we are most comfortable are an adequate basis for cross-cultural practice and formation. On issues such as these, I tend to defer to those who outside the dominant culture, so I will gladly learn and vote otherwise if someone can help me understand why this list is useful and why specifying a list is a good idea, even at the risk of leaving some groups out. Oh, and if we are going to say “Latino”, I think we also need to say “Latina”.

A072: Add Canon III.8(5)(h)(5). Likely vote: NO.
In preparing people for ordination, canon III.8.(5)(h) requires training in four areas: prevention of sexual misconduct; civil requirements for reporting and pastoral opportunities for responding to evidence of abuse; the Constitution and Canons of the Episcopal Church, particularly Title IV thereof; and the Church’s teaching on racism. This resolution would add a fifth requirement: ministry development and evangelism. Rather than point out the obvious, I would like to encourage you to take a musical break. Go ahead. We’ll wait.

See, there is the problem raised by the song (you’re not going to know unless you check it out!). But there is also the challenge that all baptized Christians should be trained in evangelism. To require it for ordained people implies that it isn’t a bedrock which we can expect. To be sure, all Christians — ordained and lay — should be engaged in a lifelong journey of learning to practice evangelism. I just don’t see the need to add yet another canonical requirement, especially one that is in the wrong place. Despite the good intentions, this one won’t get my vote.

A073: Establish Diocesan Mission Enterprise Zones. Likely vote: NO.
This one is a non-starter, as it requires $1,000,000 to fund. In the current budget climate, that’s not going to happen. While the concept of grants to fund mission is excellent, there are plenty of details here that concern me. We do need to practice entrepreneurial mission programs, but that can happen without an expensive churchwide budget line. The individual grants are capped at $20,000. Surely every diocese could raise that much money if they were committed to mission innovation. And if they aren’t, a grant won’t help them much. Intriguing idea, but I can’t vote for this.

A074: Identify and Deploy Lay Evangelists. Likely vote: YES.
Not many people are aware of this, but our canons provide for the licensure of evangelists, just like we license Eucharistic ministers. This resolution sets some specific goals and challenges dioceses to train and equip evangelists. Great! There’s no harm, and it uses the existing mechanisms of our church to get us to do some new work.

Please edit this resolution to refer to “Evangelists” and not “lay Evangelists.” That’s the language of the canon, and I think we should use what’s there.

A075: Restructure General Convention and Church Governance. Likely vote: YES.
This resolution is substantially the same as the resolution on structural reform that has been submitted by loads of dioceses, a couple of provinces, and others. This is a great idea: it establishes a task force to look at our structures and governance, and requests that this task force come back to the next General Convention with some recommendations to act on. What’s not to like? I’ll write more about this resolution — and how to maximize its impact — in a future blog post.

One very important caveat: when this task force is convened, we need to make sure it doesn’t have any of the usual suspects. The same people will bring us the same ideas. That’s not what we need. And if at any point you voted in favor of the disaster of a budget that came out of various committees and Executive Council, you especially should not be on this group. Not that anyone will pay attention to the ranting of a simple blogger.

UPDATE: As Jim Naughton points out the comments below, it would not be wise to exclude all the “usual suspects.” That was me getting carried away, as I often do here on 7WD. What I should have said is that we want the commission to be made of largely of people who are approaching these challenges with fresh insights, not dominated by the usual suspects. We need people who have not been in the trenches going at each other for the last triennium and more. The usual people will bring the usual ideas, and that’s not what we need. So let’s bring in some new folks, and season their thinking with the wisdom of experienced folks.