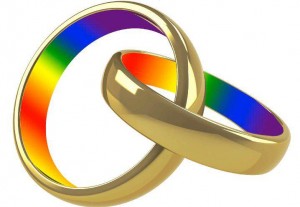 I begin with brief comments about the resolutions, followed by more extensive comments about some concerns I have with the liturgy for same-sex blessings. While I am grateful for the SCLM and the work they do, I fear they have been pulled in too many directions this triennium, so they have not been able to do their best work.

A049: Authorize Liturgical Resources for Blessing Same-Gender Relationships. Likely vote: YES, but with reservations about the quality of the rite.
This resolution would authorize a rite for same-sex (incorrectly called same-gender in the resolution) blessings, along with other material. As with all trial use liturgies, their authorization for use within particular dioceses will depend on the approval of the diocesan bishop. Because I do not want my lesbian and gay friends to have to wait longer for the church’s blessing, I will vote for this. But I hope the trial use liturgy will be scrapped and another, better version presented for use at the next General Convention in 2015.

A050: Create Task Force on the Study of Marriage. Likely vote: YES.
We certainly need a study of our theology of marriage, for both opposite-sex and same-sex couples. In fact, I think we might well need some revision to the liturgy that is offered in our prayer book, and I’d like to ensure that this study group is authorized, should they deem it appropriate, to bring these revisions to the next General Convention.

The simple fact is that marriage, as a sacrament, has been under constant evolution for the few thousand years. There simply is no single, monolithic, timeless pattern for Christian marriage, as some would claim. To say this is to ignore history. In the last few decades, as society has shifted, so has the practice of marriage, and not just in the pressure to allow same-sex marriages. Our current liturgy asserts that the most important aspect of marriage “is intended by God for their mutual joy.” The “generative” aspect of marriage is tertiary, and even then is conditional.

This study need not take decades. In my view, a study group could come to the next General Convention in 2015 with a revised marriage liturgy, provided that sufficient teaching and work had been done in the triennium.

I am grateful to be part of a church that recognizes God’s call to ordained ministry in the lives of people without regard to sexual orientation, and I am proud to be in a church that is on the verge of authorizing trial-use liturgies for blessing same-sex relationships. If the blessing liturgy in the “Blue” Book comes up for a vote as is, I will certainly vote for it. However, I am disappointed by much of what I will vote to support. My qualms are not with the intention of the text, but with the text itself.

To begin with, this rite closely resembles the marriage service from the prayer book in many ways. If the goal were to effect same-sex marriages, this would make sense. But it seems to be that the better model for this service would have been the blessing of a civil marriage service from the prayer book. Many people who attend this service will believe they have witnessed a marriage, not a blessing. I do not think it is right to confuse people needlessly in our liturgies.

I say all this as a preface to my belief that what we are able to do now as a church is bless same-sex relationships (including state-performed marriages). And in the spirit of clarity, I think we need to be clear that the church is blessing an existing relationship (marriage, civil partnership, or neither), rather than effect a marriage or a new covenant. My sacramental theology is dusty, but I think the language of covenant as it is used in this liturgy and in these materials is confusing.

Same-sex couples should not need to wait while the church gets its act together, nor should they be punished by the failure of a standing commission to do the thing it was asked to do. So for that reason, I will vote for these trial-use liturgies. But we have work to do! This work will benefit all couples, same-sex or opposite-sex and, indeed, the whole church.

Rather than write a book here, I will simply provide some quick points with what I consider to be some of the deficiencies beyond my sense that the function of this liturgy is unclear at best. This is not an exhaustive list. Some samples:

First off, we should be looking at a choice of rites. The SCLM was asked to produced liturgical resources (plural), not a liturgy (singular). Or at least that’s how I read their brief.

I object to the use of the term same-gender. Gender is the social construction of sexual difference. It’s been a few years since I read much gender theory, but my understanding is that most gender theorists would say that two women will have different expressions of gender, while their sex will be the same. In other words, there is almost never going to be a couple in which both persons are of the same gender. However, two women or two men are same-sex couples. (And then there are people born with sex other than “male” or “female” but we will leave that to another blog post)

When I asked about this in our provincial orientation, the SCLM person told us that people are squeamish about the word “sex” and so they thought they should use “gender” because the resolution would seem less scary “in some parts of the country.” I am only slightly paraphrasing what he said. So, right there, we are letting our life be dominated by fear again. Why are we letting some perceived cultural taboo about the word “sex” cause us to not call these blessings what they are?

At a time when we desperately need honesty and clarity around issues of sexuality, I think the words we use matter a lot. That’s why I will call these rites what they are: same-sex blessings.

The language is not beautiful. One of the stated goals of this liturgy was to have language with durability and beauty. Alas, we have not met that goal. At the role-play liturgy I witnessed, the participants could not read the lines; the prose does not flow smoothly when read aloud. I cannot claim to be able to write good liturgy, so I know it is difficult. I also suspect that great prose is rarely produced in committee. You can almost see the committee at work throughout the liturgy. “Let’s get that point in here. OK, but then let’s make this point.” And so on. Let’s find a genius of beautiful prose, who is steeped in the scriptures and in our liturgical tradition, and turn that person loose on the next draft. We do not want a “separate but equal” situation where opposite-sex couples are being married with lovely prose and same-sex couples are getting married/blessed with clunky prose.

Let’s respect our current prayer book. The liturgy purports to replace the Ministry of the Word in Rite II or in EOW. However, the quoted example from Rite II includes this response to the Opening Acclamation: “And blessed be God’s kingdom, now and for ever. Amen.” That is not what our prayer books says. While I would probably vote to amend our prayer book to change the male pronoun “his” to the neutral “God’s”, we have not done this. Also, why are the penitential acclamations not given as examples?

The structure of the (confusing) liturgy is confusing. The consent questions are mixed in with the vows. Why? Then there is “Commitment” with rings. The whole thing is not easy to sort out, at least for this priest.

Here’s another example. In the prayer book marriage service, the congregation is asked, “Will all of you witnessing these promises do all in your power to uphold these two persons in their marriage?” It is a great moment, and I often mention it in my sermon at weddings. Here is the parallel question in the same-sex blessing liturgy, “Will all of you here gathered uphold and honor this couple and respect the covenant they make?” That’s a far cry from “all in your power.” Because of that, there is a second question, “Will you pray for them in times of trouble and celebrate with them in times of joy?” It is inelegant and seems redundant to have two questions. Why not follow the pattern in marriages, ordinations, baptisms, and other occasions and ask one, powerful, beautiful question?

The declaration of intention is problematic. In the mention of children, it says, “if it may be.” Why not, “if it is God’s will”? Fatalism is a grave problem in our culture (“it is is meant to be, it is meant to be”) so we should instead use the language of our liturgical heritage and of the scriptures. Talking about “God’s will” leaves plenty of maneuvering room. In a Christian liturgy, surely we need not avoid mentioning God’s sovereign power?

There are too many resources to be approved in this resolution. This resolution includes a paper about the covenantal basis for this liturgy, along with pastoral preparation to be used by the officiating clergy. General Convention should not approve marriage or covenant or blessing preparation materials. I’m grateful the SCLM created an excellent resources, but they should simply be published by Church Publishing or another publisher. Liturgies must be authorized by General Convention. Why “authorize” papers or pastoral resources? If the point is that General Convention is being asked to endorse the concept or the theology of same-sex blessings, we can surely do that without inscribing lengthy papers and thorough pastoral resources into legislative action.

Beyond exceeding the necessary mandate of General Convention, we simply don’t have time to do a thorough or accurate job here. We have enough trouble getting, say, the lectionary right. Let’s not take on an extra 50 pages of prose that, if included in this resolution’s scope, would now be beyond correction, improvement, or editing. I’d like us to be able to improve the pastoral resources without recourse to General Convention. Surely the goal here could be met by General Convention endorsing the use of resources for same-sex blessing preparation without including the resources in our authorized material.

If it is desirable to bundle these materials together, then surely they could be published in one volume with a note explaining which portions are authorized by General Convention, and which parts have been created to facilitate the use of the authorized trial use liturgy.

Finally, on a parenthetical note, these resources should be freely available to the church. After General Convention, if you want to buy a paper copy of these materials, that will cost money. Printing, warehousing, and shipping are not free. However, these resources should be available for free download from the SCLM website, for the entire duration they are authorized for trial use. No publisher should profit from resources that have been wholly funded by General Convention. The members of the Episcopal Church have already paid for these resources in our churchwide budget.