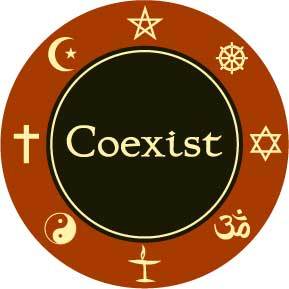 Everyone has things they get excited about, and things they don’t. I get excited by liturgy. Just wait until we come to the liturgy resolutions. Crusty Old Dean gets excited by ecumenical and interreligious relations. I would like to ask him why sometime, but then zzzzzz…..

There’s a giant report from these people. Maybe C.O.D. will say clever and/or funny things about it. I will not. On to the resolutions.

A035: Commit to Continued Interreligious Engagement. Likely vote: YES.
Here is more “puppies and chocolate.” Let’s hang out with people from other religions, yay! But I will vote for this one, as our world is tearing itself apart along religious fault lines. We need to forge connections across religious divides. In my own parish ministry, we invited an imam and a teacher from a Jewish religious school to speak in our adult forum. It is an illuminating experience. Not only did we learn more about Islam and Judaism, but we saw our own faith through different eyes. More of this is good.

A036: Further Dialogue with the Evangelical Lutheran Church in America. Likely vote: YES.
So apparently all is not well in Lutheran-Episcopal land. Our resolution seems to name a couple of Lutheran issues, namely “the diaconate and lay presidency of the Eucharist.” I’m guessing that the Lutherans are muttering about communion without baptism. In fact, I might go mutter with them. Is that a possible basis for full communion, shared muttering? Anyway, if there are theological issues that divide us, let’s get them named and ironed out.

(I don’t understand why this will cost $60,000. Do we have to communicate by papers nailed to doors? Anyone tried Skype? Seriously. That’s a lot of meetings. Either there are major differences which require a lot of meetings, or the Lutherans demanded that all meetings be in pubs with an open tab. They like beer, you know.)

A037: Approve and Commend Guidelines for Ecumenical Shared Ministries. Likely vote: YES, though with some mixed feelings.
This one says, as near as I can tell, that local congregations are urged to engage in ecumenical relationships. In particular, these relationships might be outside those that have been worked out at the churchwide level. So, for example, an Episcopal congregation might want to form some kind of close relationship with a Baptist church. In that case, the bishop is supposed to be flexible without breaking any really important rules.

And here’s one of the rubs for me. “By Canon and custom, wide discretion is afforded the Ecclesiastical Authority in providing for the worship of the Church.” I think that’s code for bishops get to decide stuff that’s outside the canons sometimes. Quite often, I’ve heard a friend say something like, “Oh, we’re using the New Zealand Prayer Book on Sunday mornings.” Me: “Oh, that’s not licit.” Them: “Oh, yes, the bishop said it’s OK.” Me: “Um, the bishop doesn’t have that authority.” Them: “The bishop said it’s OK!” Me shaking my head and sighing.

We have canons. They are pretty flexible. Let’s make nice with Baptists or Quakers or whomever. The canons will tell us what we can and can’t do (except when they are a mess, but that’s another story). Clergy should be in touch with their bishops anyway. I’d love this resolution if it just urged local relationship. But the devil is in the details, and there are some devilish details in this one. Still, all things considered, it’s a yes for me.

A038: Removal from Ecumenical Dialogues. Likely vote: NO, unless amended.
This one smacks the Archbishop of Canterbury for having removed Episcopalians from the ecumenical commission of the Anglican Communion. But since the “Blue” Book was put together, the members of the Episcopal Church have been reinstated. Let’s not open these wounds. This will serve no good purpose. The rest of the resolution just says we want to continue our ecumenical conversations with global partners, but we don’t need a resolution to say that. Unless we take out the bits about +Cantuar and/or come up with a more substantive reason for this, I see no reason to adopt this resolution.