This is a fourth in a series of posts on the “Blue” Book for General Convention 2012. Previously, I blogged about the bishops’ committees. Next up is Anglican and International Peace with Justice Concerns. Please see my index of General Convention 2012 resolutions, with a summary of the 7WD position on them.

We come next to the House of Deputies Study Committee on Church Governance and Polity report. There’s no resolution, and the report itself will be published elsewhere. On a related note, the “Blue” Book incorrectly says that Forward Movement will be publishing the report. We did indeed have some discussions with the leadership of the House of Deputies, but for various reasons, we didn’t publish the material. At the time this report was due, I guess the folks who wrote it thought that we’d be doing the publishing. I did get a chance to read a draft of the report, and there’s much to discuss in it. I won’t say more until it’s public. 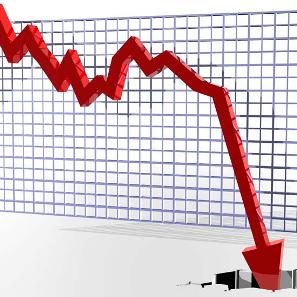 A009: Fund the House of Deputies Committee on the State of the Church. Likely vote: YES.
Every three years, this committee of the House of Deputies issues a report on the state of the church. I’ll say more about this year’s report below. While I have a few quibbles here and there, I think the exercise of taking a good, hard look at ourselves is useful. This isn’t some bang-it-out-on-Word thing that you do in fifteen minutes. Their request of $30,000 seems reasonable.

A010: Non-Traditional Worshipping Communities and Quantifiable Measures of Mission. Likely vote: YES, but hoping for amendment.
Back in the old days, you could measure everything you need to know about a congregation on Sunday morning. Using the venerable parochial report form, congregations reported their average Sunday attendance, financial giving, and other metrics. This resolution calls for an expansion of what we measure, and it authorizes some changes in the parochial report form. Given that these metrics are designed to be used for the long haul for every single congregation in the Episcopal Church, and to be filled out by everyone from trained administrators to part-time clergy to random people who had the misfortune of opening the mail one day, it’s important to get this form right.

Why look at data other than Sunday morning? These days, more and more people work on Sundays. Kids have sports. While I am quite strong in my belief that Christians should get themselves to church on Sundays unless for good cause prevented (and I don’t think a sporting event ever qualifies as good cause), I am also aware that Sunday life is no longer an adequate measure of congregational vitality.

My one quibble is that “counting or estimating the number of people served by ministries such as schools, soup kitchens, food pantries and campus ministries” is necessarily the best thing to do. I’d rather have this resolution leave the details of what to measure to the committee who will be charged with figuring this out. For example, the number of volunteer hours spent serving those in need is more likely to be an accurate measure of congregational investment in a soup kitchen than the number of people served  at the kitchen (which is probably going to be a fictional number anyway). Why specify in this resolution what to measure? Why not let folks do some more thinking, pondering, conversing, and experimenting — and then let’s let them specify what to record. Let’s trust them to do a good job on the task at hand.

By the way, in 2003 Reggie McNeal wrote The Present Future: Six Tough Questions for the Church. In that book, McNeal says congregations too often measure the wrong thing and compensate clergy based on the wrong thing. We focus, he says, on the things of empire (size of budget, number of members) rather than the things of the kingdom (number of hours volunteered by members of the congregation). It’s a good, thought-provoking read. I hope everyone on the committee designing the reporting data will read it.

Unfortunately, the early part of the report focuses on governance at the expense of looking at congregational life. After a narrative introduction, the report begins with a section called “Who the Church is” which leads with

The Episcopal Church—like all mainline Christian churches—is a denomination undergoing transition. Technology has enabled the Church to operate and interact in new and unfamiliar ways. Face-to-face meetings are being replaced by web-based video conference calls, and a controlled-access extranet allows the various Committees, Commissions, Agencies and Boards (CCABs) to post and share messages, files, meetings, minutes, members, and budgets, which are then automatically archived.

The first sentence in that graf is spot on. But then the rest of the paragraph considers committees rather than congregations. I’d love it if when we thought of the Episcopal Church — especially in our conversations on structure — we began looking at local congregations and moved upward. One problem with starting at the top is that by the time we work our way down to the local level, our energy has waned.

Most of the report is a statistical look at the Episcopal Church over the last triennium. It is sobering reading. A few key points:

Lots of data are presented, but there’s not much in the way of interpretation. This is understandable, because the group surely wants to let numbers speak for themselves. But I think we need to benefit from their insight — being so close to the data. Perhaps they see reasons for growth or decline? Maybe there are ways we can bolster some trends and reverse others.

More to the point: why do some congregations grow and other do not grow? The size of the congregation is a factor (the larger churches tend to be healthier). But are there others? Kind of clergy leadership? Systems of lay leadership? Theological bent? Programs offered? Liturgical style? Location? Physical plant?

We need to understand what is happening, if we hope to have a future as a church.

I have some theories about all this, but I’d like a churchwide view. These folks have the data, and I’d like them to share their insights. Perhaps they will want to share observations outside their official report. I know of at least one publisher that would be glad to share their insights with the church. For that matter, I’ll be happy to have guest bloggers here on 7WD.

The decline of the Episcopal Church is completely reversible. In fact, it is a wake-up call that the status quo is not adequate to the needs of the world. So let’s fix that, shall we?