There has been loads of conversation lately about restructuring the Episcopal Church. I’ve followed much of it, though I’m still getting my thoughts in order to post here on 7WD. Short version: we need to put everything, and I mean everything, on the table and then structure our church for 21st century needs.

There is great urgency, and now is not the time for a decade-long series of incremental tweaks. We need to start with a clean slate and be bold. That will require some agreement as to the mission of the church, which will not be easy. But there is one easy thing the next General Convention can take care of in ten minutes, just to prove that we have our priorities straight and can get things done quickly. 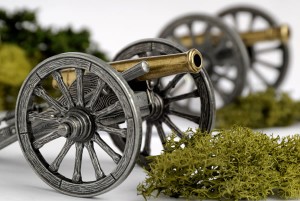 Our canons are in the wrong order. If you haven’t perused the canons of the Episcopal Church lately, head on over to this page, where you can download them. We don’t need to rearrange every canon, but I think we can fix the order of the Titles within the canons.

At the moment, we’ve got the cart before the horse. Let me explain.

Looking that this, one could reasonably assume that “Organization and Administration” are the most important things we need to codify in our canons. But that’s just not true. Here is the first sentence of the current canons:

Hardly a rousing beginning, and it concerns only the thousand or so people who will be sitting in a convention center once every three years.

All persons within this Church shall celebrate and keep the Lord’s Day, commonly called Sunday, by regular participation in the public worship of the Church, by hearing the Word of God read and taught, and by other acts of devotion and works of charity, using all godly and sober conversation.

It concerns every Episcopalian. It concerns the most important thing we do as Christians, namely the worship of Almighty God. It concerns the mission of the church. As a bonus it has that lovely turn of phrase about “godly and sober conversation.”

And then just for grins let’s have a look at the beginning of Title III about ministry. It starts, “Each Diocese shall make provision for the affirmation and development of the ministry of all baptized persons…” Now, granted, much of Title III concerns ordained ministry. Because most ministry that happens in the church is lay ministry, the present canon’s focus on ordained ministry needs to be corrected, surely. Even today though, Title III has plenty of bits about lay ministry, including provision (widely ignored by many diocesan Commissions on Ministry and bishops) for the training and licensing of many lay ministries.

We’d start with things that are most important and that affect everyone. We’d move to ministry, the extension of our worship. And only then would we get to legislative structures and internal discipline.

While I think General Convention is incredibly important, it is not the heart of our life as a church. In many ways, it is the best and fullest expression of gathered Episcopalians, but it is only for a privileged few. Try this test. This summer, wait two weeks after General Convention. Pick a random congregation in your diocese. Go there. Pick ten random people sitting in the pews on a Sunday morning. Ask them to name one thing that General Convention has done that will bring them closer to God. My guess is you’ll be lucky of one of the ten people can manage this.

Fixing all this will take time. We’ll need to consider unintended consequences of potential fixes. It is important to guard against consolidation of power in undesirable places or the taking of power from others. I have found much with which to agree in comments from our various leaders and leadership bodies. And lots of others have contributed to this conversation. No doubt there will be much ink (or pixels) spent on this topic.

While we’re sorting all this out, let’s start by fixing our canons. Let’s get this one simple thing done, and place first things first. We don’t need to do more than rearrange.

What will it accomplish?

First, we’ll put our most important canon about the most important thing first. The canon on the Lord’s Day is perhaps the only canon that concerns every person in the Episcopal Church directly.

Second, we’ll show that we can grab the low hanging fruit and make a delicious canonical smoothie. By that, I mean that we can act on the simple things while we are discerning some of the complex things. We do not live with the luxury to do nothing. Our church needs to act fast. More important than that, the needs of the world are too great for us to dither idly.

You often hear politicians talk about staying “on message.” Getting our canons in the order I propose will help us stay on message. And that message is simple: worship is our heart as Episcopalians and as Christians. While organization and administration are important, they must be understand to exist in support of worship and ministry, and not the other way around.

First things first. This should not be controversial. Let’s just get it done.