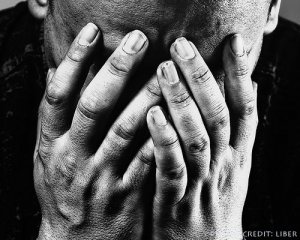 In a time of tremendous change — and tremendously rapid change — it is not surprising that we’d be doing some grieving. We miss things the way they were. Even those of us who do not lament a mythical “golden age” find things to miss. Anderson points out that church folk mix up church and culture and start a massive grief-fest (my “word” not his) that they can neither articulate nor escape.

People grieve the loss of a culture and way of being the church that they knew, loved, and thrived in. The church is depicted as the victim of culture, society, and politics. While there are surely elements of culture that are hostile to organized religion, this is not the only reason for our decline. Not even close.

We are not the victims of cultural change. At times, we have driven cultural change, like the Quakers in emancipation or the African American church with civil rights. At other times — and in some cases at the same time — we have behaved not like victims, but like perpetrators, using our power and influence to oppress, exclude, and stigmatize. These both still happen today. This latter behavior has indeed led to a strong backlash in our culture against the church, but that is not the culture’s failure. It’s ours. Any conversation about church decline must include honest self-critique, in which we must own our actions, agency, and power.

Anderson points out the massive opportunity cost to all this wailing and gnashing of teeth. “The problem is that while the church grieves the death of this post-war culture, Gen X and Millennial Culture are quickly passing us by. In our grief for a culture we knew and loved, we are missing the ones that are right before us.” Who wants to come to a church that’s full of sad people talking about the good old days? Wouldn’t you rather hang out with hope-filled people sharing the Good News of Christ’s presence in this world and in the world to come?

For my part, I have been thinking that we’re on a hinge point. Either the church will fail to adapt to this time and place in its history, or it will embrace change and find new life in new expressions. To be clear: even in the first scenario, I don’t think the church would completely die out, but in the developed world it might survive only as a distant echo of itself. In the latter scenario, the church would not be wholly changed; the core of our faith would be proclaimed as it always has, even as structures and worship styles might look very different. Still, we are on a hinge. If we do not rise to the occasion, the occasion will do us in.

But back to the topic of grief. One of the biggest problems is that lots of folks inside churches are stuck in the “anger stage” of grief. There is a seething rage just beneath the pleasantries, and it bubbles up when real change or proposed or when death begins to loom large. Here’s a congregational life pro tip: some of the nicest people are the ones who nurse the greatest rage. They’ll be all smiles until the eruption. This is not just confined to church life; always watch the person who seems never to anger or show visible frustration. Without release, the explosion is almost inevitable. Rats! I’ve digressed again.

Let’s get back to the folks who are stuck in the anger stage of grief. This makes it hard to have productive conversations about change and hope. What are we to do? I think we need several things in this moment in our life together:

As I always say to families in grief: there are no right or wrong ways to grieve, as long as two things are happening. First, you have to be willig to do the hard work of grieving, in all its messiness. Second, you have to press on, believing that at some point things will get better.

Our church needs to do the same. By all means, let’s admit our grief. But then rather than wallowing in it, let’s get on with things.

P.S. If you don’t already receive the Leading Ideas email newsletter from the Lewis Center, you should sign up today. It’s a must read for lay leaders and clergy.