The next Anglican controversy? 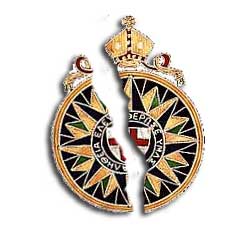 It has already appeared on Kendall Harmon’s blog, TitusOneNine. Those guys are uncanny at sniffing out controversies before they’re, well, controversial. The next big one is already brewing. Of course, I am speaking of the impending wedding of an 85-year-old first time bride to a man several years older. Predictably enough, this shocking wedding is to take place in an Episcopal Church. Figures. Surprisingly, the comments are NOT piling up over at T19. You’d think that place would be hopping mad right now.

You see, the argument most often made against same-sex marriage is that it is something other than the model of marriage as set forth in Genesis (where, one should note, there was no wedding ceremony). Natural law proponents will talk about marriages as existing only for the procreation of children. Here’s a news flash: people in their 80s will not be having children, at least not without divine intervention. Genesis does not say that Adam & Eve were not in their 80s. So why isn’t the right-wing fringe outraged at this? Why is this “non-biblical” wedding “wonderful”?

Well, for that you’d have to ask folks on the right. I will not guess. However, it seems to me that the chief reason for these two octogenarians to marry one another is “for their mutual joy”. Should that not apply also to others?

The arguments for and against same-sex marriage are well worn. I won’t rehash them here. All I note is that it’s ironic for folks to celebrate one marriage that would seem to fall outside “natural law” whilst condemning others for the same thing.

By the way, I congratulate the folks in Hamden, CT on their wedding. May they enjoy many years of happy marriage together. May the rest of us see their joy as a sign of God’s grace. Perhaps one day soon, the whole church will recognize that same grace is also at work in same-sex marriages.