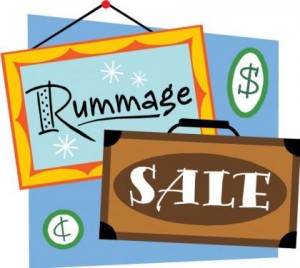 Last spring I wrote a series of posts called “Episco-Upgrades“. Most of them explored various ideas to strengthen the Episcopal Church for its work of building God’s kingdom. I got lots of feedback on this series, both in the comments on the posts and by email. I’d say it ran about 65-35 positive. Those who objected sometimes focused on limits to my (admittedly half-baked) ideas. Fine.

What really surprised me, however, was the intensity of objection from what I’ll call the “General Convention establishment.” (I realize this makes me sound like Jack Iker, but please humor me.) Wow. There are some people in the Episcopal Church who really don’t want anything to change. They especially do not want anything to change if the something is connected to General Convention, church committees, legislative process, or programmatic staffing levels at HQ.

Last week I spent a couple of days with leaders in the Episcopal Church who are ready to move past our “stuck system” and to hit the reset button. These folks love the Episcopal Church. They are bishops, cardinal rectors, associate clergy, and rectors of small churches. They love Jesus and want the church to share the Good News and to be Jesus in the world. They mostly would agree that our church needs some serious rethinking if we’re going to do those things to which we’ve been called as a church.

Since that meeting, I’ve been thinking a lot about the mission of the church and what kind of institution (if any) might support the mission. On a more practical level, our diocese is getting ready to elect Deputies to the next General Convention of the Episcopal Church, and I needed to decide if I would run again. More than one person told me, last spring, that if I didn’t like General Convention the way it is now, I shouldn’t come. The Episcopal Church welcomes you, unless you point out the irrelevance of its legislative structures.

I’ve decided to run for election as a Deputy from Rhode Island. I’ve also decided to encourage others to run, especially those who believe that the institution of the Episcopal Church needs some freshening up, if not reinvention. Maybe you, dear reader, will consider running as a Deputy if you are an Episcopalian. You see, I’ve learned that there are dozens, perhaps hundreds, of Deputies who believe that we can find a better way to be the Episcopal Church. If enough of us start showing up, we can begin to turn the page to the next chapter in our history. Lord knows, we need to do that quickly.

In the midst of all this, a friend emailed me this interview with Phyllis Tickle. She speaks about the Great Emergence — an increasingly popular way to talk about this shift we’re experiencing now in the life of the Church. Tickle says we need to “de-institutionalize” the Church. There’s more, so you should go read the whole thing. But I think she’s on to something.

Of course, we need institutional frameworks to nurture our work in the wider context of a nation and the world. But we need to become more aware that the institution is the means to an end, not the end itself.

I don’t pretend to have this figured out. As one person put it at the leadership conference I attended, our generation’s task is to begin the transformation of the church. We know that what the church has been will no longer work. It is not likely that we will see the church into its next era. Rather, our task is to get things ready to hand off to the next generation.

We need to figure out what is part of our core, and we need to keep that. And then we need to get ready to put out some of our non-essential, but treasured possessions.