This one is straight-up leftist politics. If that’s going to annoy you, then move along. There’s nothing else to see here. 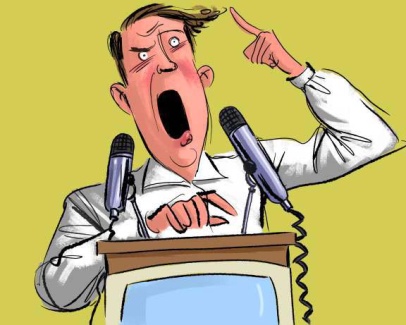 I am tired of reading in newspapers headlines such as this one in the Washington Post, which should know better: “Republican senators again block vote on financial regulation”.

No, that’s not what happened. The article, in the second paragraph, says this:

A procedural vote to consider the measure on the Senate floor fell short of the 60 votes required to overcome the threat of a filibuster. Fifty-seven senators voted in favor of advancing the bill, while 41 voted against it.

If Republicans want to filibuster, let them. I’d like to watch the news footage of a bunch of guys standing in an empty Senate chamber reading speeches while Democrats give interviews talking about why we need to regulate the financial industry to prevent further meltdowns. If the Dems put the right people on camera, the point would make itself: Republicans are in this for their own wallets (not that Democrats are immune from lining their wallets).

Let the nation see the Party of No doing its thing. Let the nation see Democrats spending time with the victims of looted retirement funds while Republicans defend their rich-get-richer views in the Senate. If it’s that important to Republican leaders, they’ll be glad to get the attention. If any of this is important to Democrats, let them press for an actual filibuster.

Some of my friends oppose the filibuster, especially now that Democrats have a slight majority and their agenda is hampered by Republican threats to use it. I actually think it’s a fine device, because it lets either party stand up and slow things down when an issue is critical. I’d like to see it preserved, but it needs to be used, not just threatened.

The narrative needs to change. The Democrats need to start acting like the party that has majorities in both houses and which occupies the White House. With nearly 60 votes in the Senate, they should be able to get their agenda completed, if they focus on slam-dunk goals. Let the Republicans embarrass themselves opposing finance reforms while the economy continues its meltdown. Let the Republicans embarrass themselves opposing health care reform (real reform, that is) while Democrats spend time working in free clinics for those without insurance. That will make great television.

It’s time for the Democrats to stop reacting to Republicans and to start driving their own agenda. If they can’t do that, we progressives need to elect some leaders with vision — leaders who are not governed by a strong impulse to cling to the safe path.

This all reminds me of the Star Trek episode, “A Taste of Armageddon” in which the Enterprise ends up on a planet which is locked in a lengthy war against another planet. Long ago, the planet’s inhabitants decided that war itself was too messy, so they let computers govern casualties in simulated attacks. When their number comes up, people cheerfully step into chambers where they are vaporized. When Captain Kirk unplugs the computer, the two planets are forced to confront the messy reality of actual war. That threat of real war makes them find a way to work for peace.

This is our present situation. 41 Republicans say they will filibuster. Democrats cave. No one loses sleep. It’s too easy. If there was actual costs of an actual filibuster, things might be different. I’ll say it again. Democrats, get our legislation on the floor. Call for the votes! Make the Republicans lose some sleep defending their position. The nation will be on your side, especially with finance reform and other populist issues.