The economics of climate change 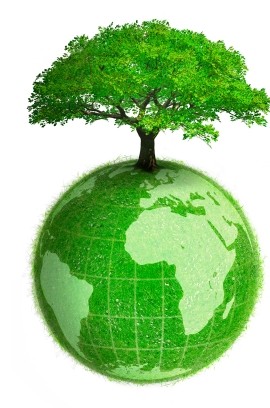 A couple of weeks ago, the New York Times had a fantastic article by Nobel Prize-winner Paul Krugman on building a Green Economy. It’s the best writing on this issue I’ve read. Covering both the basics of economics and of climate change, the article goes on to suggest that it’s possible (and necessary) to implement some market-based reforms, immediately. Here’s a snippet:

What you hear from conservative opponents of a climate-change policy, however, is that any attempt to limit emissions would be economically devastating. The Heritage Foundation, for one, responded to Budget Office estimates on Waxman-Markey with a broadside titled, “C.B.O. Grossly Underestimates Costs of Cap and Trade.” The real effects, the foundation said, would be ruinous for families and job creation.

This reaction — this extreme pessimism about the economy’s ability to live with cap and trade — is very much at odds with typical conservative rhetoric. After all, modern conservatives express a deep, almost mystical confidence in the effectiveness of market incentives — Ronald Reagan liked to talk about the “magic of the marketplace.” They believe that the capitalist system can deal with all kinds of limitations, that technology, say, can easily overcome any constraints on growth posed by limited reserves of oil or other natural resources. And yet now they submit that this same private sector is utterly incapable of coping with a limit on overall emissions, even though such a cap would, from the private sector’s point of view, operate very much like a limited supply of a resource, like land. Why don’t they believe that the dynamism of capitalism will spur it to find ways to make do in a world of reduced carbon emissions? Why do they think the marketplace loses its magic as soon as market incentives are invoked in favor of conservation?

Please take a few minutes and read this. It’s well worth the time. Refreshingly, it gets outside the usual right/left divide to make some rational arguments that are not the usual ones we hear from the loud left and the radical right.