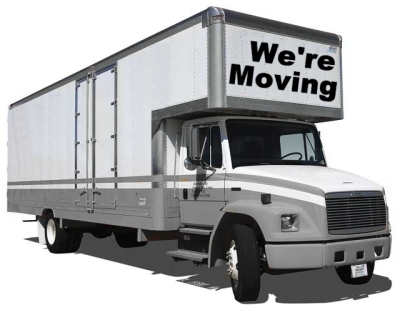 This is another structure- and polity-oriented post. Some bigger thought pieces are coming, probably Monday or Tuesday (my days off) when I have more time to write. Still, I think this is an important one, if for no other reason than the ubiquity of the issue.

At present, the median tenure for a rector in the Episcopal Church is around five years, I think. I’ve heard different figures, but I think it’s fair to use the five year figure. Now consider this: a typical interim period takes eighteen months. That means an average congregation spends a third of its time in transition. That’s ridiculous. No wonder we’re dying on the vine.

Now it may be objected that congregations can carry out their ministries without a rector or vicar. Certainly that’s true. But it’s also true that good clergy leadership (or bad leadership, I suppose) makes a big difference in a community. Anyone who’s been around a congregation in transition will attest to the fact that it feels unsettled to live in this time.

If you are fortunate enough to have good, trained interim clergy, it’s a great time to look at core issues of identity. But then again, a good leader will raise up those issues even during a long rectorate. Many congregations end up with weekly supply clergy during the interim period. It’s tough to feel settled when you never know who is going to show up on a Sunday and when that succession of priests can’t connect with people because they are strangers to the community.

One approach to this problem would be to lengthen the average tenure somehow, but I’m not sure how that’s going to work. Obviously, the other way to tackle this is to shorten the period between settled clergy. Here, I think, there are a couple of possibilities. In some cases, especially with healthy congregations, it may be possible to begin the profile and search process while the departing rector is in place. This works if the relationship is positive with the departing rector, and if she or he has good boundaries (to stay out of the process). Why do we think that we can’t start the profile with the departing rector around? It’s not as if a leader’s influence dissipates instantly as the moving van pulls away from the rectory.

Another possibility is to appoint a priest-in-charge soon after the departure of a rector, in consultation with the diocesan deployment officer (or transition engineer, or whatever the title is these days). If the congregation is pretty clear about its identity, and if a solid priest-in-charge is available, why not keep the congregation’s momentum? Then, if things are working well, it may be possible for a priest-in-charge to be elected as rector after a suitable. If it is determined that an ongoing relationship is not fruitful, a search could be conducted (with the priest-in-charge continuing until a rector is found).

There may be other ways of handling this. Each of them depends on a healthy congregation and the right clergy being available. There are risks, to be sure. It’s also true that the traditional process has known downsides. I’ll say it again: congregations which live in transition a third of the time are going to have an uphill struggle to be healthy and to grow. So what’s the harm in trying things another way? If it’s broke, can’t we fix it?

That said, it’s also true that there are congregations which need an extended interim period. There are clergy who lack the personality which might lend itself to the priest-in-charge model I described. To move out of the cookie cutter model, we’d have to be willing to engage in some honest conversations about congregational and clergy health, since these new ways of doing things wouldn’t work in every situation.

In my own cure, I went as priest-in-charge. The congregation had gone through a very difficult interim period, with three calls having fallen through (unrelated reasons). After 27 months, the leaders were tired. The bishop’s office asked me if I’d consider going there as priest-in-charge, with the possibility of becoming rector after two years. My mission was to do some of the things that hadn’t been done during the interim period and to get the place ready for a rector, whether or not that was me. At the end of the two years, I could leave; I could stay on as rector; or I could stay on as interim priest during a search. The options required the concurrence of the wardens, the bishop, and me.

It was a good arrangement, because we were able to get some good work done together, and at the end of the set time, we were able to discern my call there as rector. The vestry had to be willing to do some hard work, and so did I. Let me tell you, we took on some giant sacred cows! OK, there weren’t any graven images, but you get the idea. Other parishes in Rhode Island have since used this model, and it was generally worked pretty well. Requiring the bishop’s assent means that either wardens or clergy who aren’t willing to break it off have a ready and willing bad cop to give the hard news, if needed.

So there might be some ways to improve the calling process. What about the end of the clergy cure? We need to make it easier to dislodge priests and bishops. I’m sure we’ve all known of congregations and clergy who stayed together too long for their mutual good. In our current system, it’s virtually impossible to get a rector (or a bishop) to depart, even when it’s clear to any objective party that things are not going well and there is little chance for improvement.

Here I don’t have specific ways to implement a new system, but I’m sure some clever people could figure something out. Simply put, we cannot afford to let an ineffective priest run a parish into the ground, nor can we afford to have an ineffective bishop harm the ministry of a whole diocese. Whatever changes might be made, we need some insulation against leadership which might be positive in the long term, but which is bumpy in the short term. Implementing culture change — in a parish or diocese — is going to annoy some people. You don’t want someone demanding a resignation every time there’s an unpopular decision to be made.

Again, there are risks with making changes to our familiar system. But our familiar system isn’t really working that well. We can all think of parishes and dioceses which need change at the top, if only the people at the top could also see that. We’ve all known priests and bishops who decide to hang on “a few years until retirement”. That’s deadly for parishes and dioceses. Once the leader shifts into idle, growth stops. Our work as Christians is too urgent to sit on our hands for five years while we wait for someone to reach an ideal retirement age. (I’ve picked retirement as an example, but lousy mismatches happen with younger clergy too, obviously.)

Can we have an honest and creative conservation about clergy transitions? Can we look to see that the system is broken, and it does not fixing? Can we see that clergy security is less important than congregational vitality?