By George, it’s time to vote! 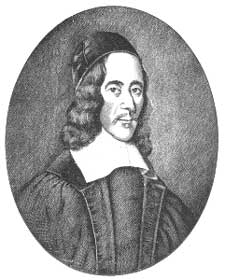 A few days ago, I wrote about my friend Fr. Tim Schenck’s brilliant / entertaining / heretical scheme over at his blog. It’s Lent Madness, and it pits saints against each other in competition for the grand prize, a Golden Halo. It’s a great way to learn a bit more about saints and have some fun at the same time. Anyway, I hope you’ll go visit the blog and vote right now. Now! You see, George Herbert has made it to the second round. He’s up against Joseph at this very minute.

I strongly urge you to vote for George Herbert. If you don’t care, do it as a favor for me. If you do care, here’s why you should vote for my man George. We know little about Joseph. He was in the right place at the right time, and as far as we know he was a good husband to Mary and a good father to Jesus. That counts for something, but we don’t know what he did beyond the basics that every husband and father seeks to do — being faithful and loving.

On the other hand, Herbert went above and beyond the call of duty. I won’t regale you with his whole life story; you can read more elsewhere. Suffice it to say he did two things that cause me to urge your vote. First, he shunned preferment in order to remain a country parson. He had a calling, not a career. The same can’t be said for plenty of clerics, who are quick to seek fancier cures and longer titles. Second, Herbert offered up a plentitude of poetry that is still inspiring today (and from which the name of this blog is taken). He also wrote a practical and uplifting manual for the life of a priest. Over three centuries later it still has plenty to teach us. Herbert managed, by all accounts, to be a good parish priest, and he also offered writings of enduring value to the whole church.

On the merits of round two, where Tim is offering a “Quote-Off”, Herbert should win hands down. As Tim admits, we have no quotes of Joseph to offer up. So how can Joseph win in a Quote-Off? Plus, George Herbert is Anglican. It’s always good to support the home team. So go vote! The race is close, and George is counting on you!