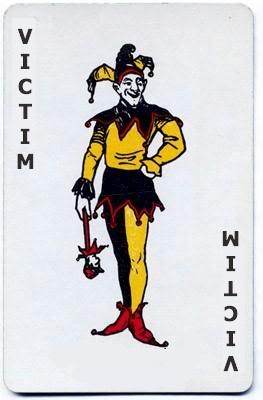 Those who have stomped out the Episcopal Church in anger like to play the victim card.. The narrative goes something like this: “We are innocent, faithful Christians, just trying to live the authentic, timeless Christian faith. We have been chased out of our church. We just want to keep the buildings and things we bought and paid for. Poor, persecuted us!” Too bad that narrative bears little resemblance to reality. Over the next few days, I’ll explore ACNA-Land a little. You, dear reader, can go on a tour and see that the victim card just doesn’t work. We begin in Illinois, with the Diocese of Quincy.

Quincy had always been an Anglo-Catholic diocese of a conservative bent. Under Bishop Keith Ackerman, the diocese went from conservative to tragically militant. Though no one was forcing them to accept women as priests in their diocese, they developed a siege mentality. Finally, Bishop Ackerman and a bunch of clergy he imported from across the country (many of whom never lived in Quincy, but they were a handy voting bloc) voted themselves over to the Province of the Southern Cone.

Things have not gone well since. Ackerman and his cronies have decamped Quincy. Congregations have been torn apart and needlessly splintered. I’d like to post a few excerpts from a letter to the editor of the Peoria Journal-Star. The author is Canon John Blossom, who chose to remain in the Episcopal Church, though he is no progressive and not a particularly big fan of the liberal drift of the Episcopal Church. Here are a few snippets from the letter with my comments below.

…local leadership remaining in the Episcopal Church discovered that the breakaway group transferred $100,000 to a law firm as a prepaid legal fee from endowment funds given by donors to the Diocese of Quincy for mission and ministry.

The breakaway group has demonstrated its willingness to spend $100,000 from the Diocese’s endowment fund for a law firm retainer, yet [the Rev’d John] Spencer is quick to criticize the Episcopal Church for spending “millions of dollars in the last few years suing churches.” The only money spent here will now be in defense of the suit his group has filed.

Yes, that’s right. Only moments before they purported to vote themselves out of the Episcopal Church, the duly elected Council of the diocese transferred $100,000 into an account to pay for the defense of the inevitable lawsuits when the Anglican diocese was sued for doing things like misappropriating funds. Kind of undercuts they whole “you shouldn’t spend lots of money on lawsuits” argument, not to mention the “we were shocked — shocked! — to get sued” faux innocence.

One of the remarkable injustices of this ordeal occurred when the membership of one large church of the Diocese voted by a substantial majority to remain, with the breakaway group asserting that a majority vote is not adequate. Again the breakaway leadership is attempting to bend the truth to support its goals.

This is a good one. Ackerman and company required congregations to vote if they wanted to stay in the Episcopal Church. Get that? The Bishop foisted schism on his parishes and insisted that they vote against this scheme or be swept along for the ride — right out of the Anglican Communion. So one congregation’s membership, in a duly convened meeting, voted 62% in favor of remaining in the Episcopal Church. Ackerman said that wasn’t good enough, claiming they needed 67% to stay. The breakaway diocese menaced those loyal to the Episcopal Church, so they abandoned their building to start a new congregation in a new building. That one undercuts the whole “it’s not all about the property” argument and “respect the will of the people” line of thinking.

For whatever reason, these people have manipulated the facts and pursued a relentless legal strategy to take possession of things that were never theirs. Though no one forced them to leave — or even to embrace progressive ideas — they claim to be expelled. Christ’s Body is certainly bruised and battered in the Diocese of Quincy. Thankfully, there are some good lay and clergy leaders there now, and most of the secessionist leaders went on to do their work elsewhere. Perhaps the diocese will continue to know God’s healing presence. Pray for them. Kyrie eleison.