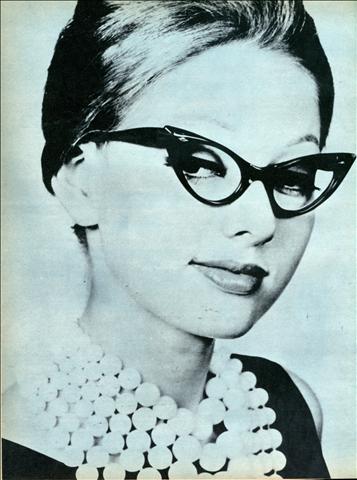 I knew “Matt Kennedy” couldn’t be a real person. After all, most of the people who bloviate at his favorite stomping ground post under pseudonyms (not that I blame them, considering much of what they write). Anyway, I posted a very scriptural account on 7WD last week of God’s opinion about shrimp, and how it’s an abomination to eat it. Just like men lying with men. And yet “Matt Kennedy” posted a comment trying to say that one bit of Leviticus is the inerrant word of God and another part can be tossed out like so many Long John Silver’s wrappers.

Laura Toepfer, investigative journalist and priest, has unmasked the real person behind “Matt Kennedy”. It’s not pretty. Well, actually she is. Her name? Ms. Beezle-Bubb.

Obviously very attractive, she takes care of herself, but is not vain–no, of course not. That’s why she wears the heavy glasses. She only wants what’s best for you, my dear, and anything she says is there to help you understand. She’s particularly clear about grammar because grammar has very clear rules that anyone should be able to follow. Mostly, she hates it when you disappoint her, sweetie, because she knows you could do so much better than that. If you really tried and put your mind to it. Really, she just wants what’s best for you.

Next time someone named “Matt Kennedy” visits your blog, just say, “Get thee behind me, Ms. Beezle-Bubb!”