The audacity of visible suffering 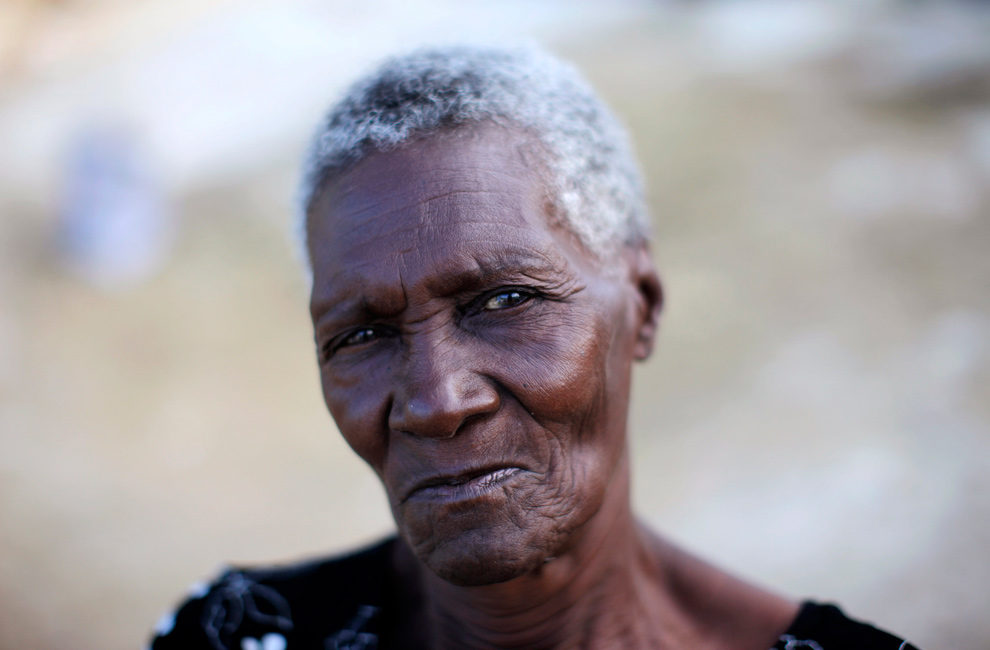 We have all seen the horrifying images coming out of Haiti after the recent earthquake there. If you want to put a face on it, have a look at the latest photographs from Haiti on the Big Picture blog. They are both beautiful and disturbing. The effect of these images has been varied. Some people have been inspired to make generous donations to organizations such as Episcopal Relief & Development. Others have been moved to pray fervently. And a few people, as a result of the shocking plight of Haitian people, are thinking about canceling their Caribbean cruises. Why, you ask? 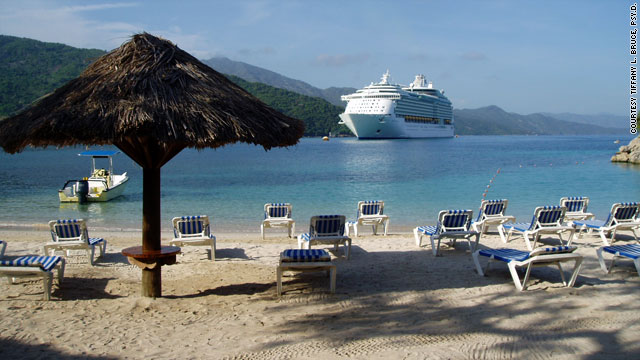 It turns out that cruise ship operator Royal Caribbean International built a lavish enclave (safely walled off from the local populace) in northern Haiti. Set on part of Haiti’s beautiful coastline, Labadee offers cruise-goers pristine beaches, gourmet food, water sports, and shopping, all under the protection of armed guards. You can almost hear the passengers, “Oh, I’ve been to Haiti. I don’t know why people are always going on about the country. It’s magnificent!” And so it is, at least on the little utopian fortress they’ve seen.

Now there’s a new problem. Passengers cannot manage the cognitive dissonance created from five-star luxury so close to the squalor made worse by the earthquake. CNN reports one passenger saying, ‘”We kind of discussed it: How can you sit there and say, ‘Waiter, bring me a drink’ while I’m on a private beach … knowing that 100 miles away, people are dying.” News flash: BEFORE THE EARTHQUAKE, PEOPLE WERE STARVING IN HAITI.

What changed? Well, those poor people — you know, the ones living their entire lives in substandard housing without potable water, without adequate food, without education, without meaningful work, without health care — are now visible. Normally, they are safely blocked from view by a 12-foot fence. Under normal conditions, the plight of the extremely poor people in our world is not visible in our living rooms, on our massive flat-screen televisions. We like to live in our bubble and pretend that the slums of Port-au-Prince don’t exist. Then something happens, and we are confronted with how much of our world lives.

CNN also reports that a commenter on another story said, “”Having a beach party while people are dead, dying and suffering minutes away hardly makes me want to cruise that particular line.” Let me get this straight: you are expressing your outrage at the juxtaposition of wealth and poverty by threatening to take your cruise business elsewhere. This would be a good illustration of “irony” or “burying your head in the (pristine) sand”.

Here’s the thing. The earthquake was a disaster of unimaginable scope. The Haitian government says it has buried over 150,000 people and there are countless more under rubble. Many national symbols were leveled. Thousands of homes and businesses are destroyed. That’s all new. But before the earthquake, Port-au-Prince was a city harboring a population well beyond its humane capacity. There was heart-breaking poverty for hundreds of thousands of people. The gap between conditions in Port-au-Prince and the enclave of Labadee was massive, almost as much before 4:53 p.m. January 12 as it was after. The real difference — the thing that provokes people to be outraged — is that now we are aware of these things.

I have no problem with people taking cruises. In fact, I think the cruise ship companies should continue to go to Haiti. They provide vital revenue to the Haitian government (though it seems they pay only $6 per head for shore visits in Labadee, while paying $50 in, say, Alaska). Over 200 local people are employed in Labadee, and many of them will have relatives in earthquake-stricken parts of the country. Royal Caribbean says it will donate $1 million to earthquake relief efforts. Companies like to be on their best behavior when they are in the spotlight. That $1 million sounds like a lot, until you learn that they recently spent $55 million on renovations (!) at Labadee. That million dollars begins to look a bit like a PR stunt. But I digress.

My objection is to all the sudden outrage when we are exposed to our own extravagance. Really, we should be asking God’s mercy and forgiveness every day for our wealth, not just when we see uncomfortable images on the kitchen TV during dinner.

I’ve only seen real extreme poverty once. I’ve been to Africa twice, and I’ve seen poverty there, for sure. I’ve seen poverty in China. And I’ve seen poverty in American cities. But the extreme poverty I saw was in India. Back in 2003 I went there for about 10 days on a business trip. I was in Bangalore for several days, and I thought I was getting acclimated to the poverty of India — and the contrasts with great wealth. Then one day, my taxi driver got lost. Before long, we were in a massive slum. I will never, as long as a live, forget the smell. I will never, as long as I live, forget the sight of massive numbers of people living in conditions for which there are no words.

Someday I hope to go back to India. It is an extraordinary country filled with extraordinary people (and possibly the best food for vegetarians anywhere on the planet). It is likely I’ll stay in a nice hotel and be driven around in nice cars. But now I have had a glimpse of how much of the country lives. I cannot live in denial, at least not completely in denial. Nor should I. We cannot hope to improve the condition of the two-thirds world if we know nothing of its realities.

We have to leave the bubble. We all live in a bubble, at least those of us with adequate health care, nutritious food, a safe place to sleep, and more than enough clothing. You see, as I write this, just a few miles away there are people sleeping on the streets. As I said, I can work to improve the condition of the world, to build the kingdom of God. And I can ask God’s forgiveness.

May we never be allowed the luxury of ignorance. May our discomfort move us, not further into private beaches and gated communities, but into the streets to seek and serve Christ in all persons.