The clock is ticking on women bishops in Britain. The first one could be elected as early as tomorrow, as the Diocese of Glasgow and Galloway (Scotland) chooses from a slate that includes the Rev’d Alison Peden. I have no idea if Peden will be elected, but we’ll know soon enough. [UPDATE: Peden was not elected.] Along with Scotland, the church in Ireland permits women bishops, though none have yet been elected. Wales came very close to permitting women bishops at the most recent vote, and one suspects that church will open its episcopate to women soon as well.

This leave England alone among British Anglicans in seeing itself unable to move forward on women bishops. If it weren’t so sad, it would be comical. Most recently, a “revision committee” was unable to meet a deadline which would have allowed further discussion at a Synod meeting next month. That’s not the sad/comical part. The passivity with which Church of England leaders and Synod members speak about all this boggles the mind. In the above-linked Church Times blog post, a Synod member is quoted saying, “I believe many members of Synod will hear this news with incredulity.” Well, yes.

So change the game! Synod could take matters into its own hands, I’m sure, and speed up the process. The Archbishops could exercise leadership on this issue, rather than modeling hand-wringing from on high. No doubt, I’ll receive a couple of emails or comments here about how “that’s not how it’s done” or “we have to follow precedent” or “this is very delicate”. Nonsense. As an entire nation flees increasingly empty churches by the droves, the Church of England is getting what it deserves, I’m sorry to say.

There is a generational issue at work here, so it’s no surprise that the gray-haired leadership of the church would lose touch with seekers in their 20s and 30s and 40s. You see, Gen X and younger have no patience for the kind of institutional morass that baby boomers love. Younger generations almost universally turn their backs on the hypocrisy of a church with legions of gay clergy that cannot bring itself to bless gay people. Younger generations look at a world in which male-female equality is the desired norm and hardly glance at a church with deeply embedded sexism and, almost worse, condescension towards women. Younger generations read past Pauline proof texts to see the Gospel, and they have trouble finding that same Gospel in the church. 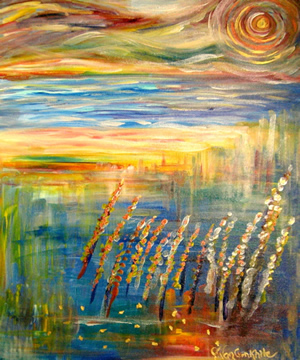 But, frankly, it’s the first point — meaningless process that drags on for years — that keeps most younger people from the church. Most GenXers can respect someone with deeply held beliefs different from our own. I can have a conversation with an ardent catholic-minded person who questions a change in the church’s discipline that would permit women’s ordination. Like many others, I have trouble carrying on a rational conversation with someone who speaks calmly about how it’s just going to take “a few more years” to work itself through committee. Really? Did Jesus tell us to harvest the field in “a few more years” or did he say that field was ripe for harvest? Do people need salvation now, or in a few more years? There is no time in Christ’s time line for dithering.

There are, of course, other maddening aspects to all this. People want to sort out “protections” for those who oppose women bishops. As far as I’m concerned, the only “protections” we need in the church are built on the charity we should all manifest in our relationships. One hopes that bishops could, like my own bishop (who is a woman), make space in their dioceses for those who cannot receive the ministry of women bishops. In time, these numbers will be fewer and fewer. If this does not happen without statutory requirements, then we have a deeper problem to address: a failure to live the generous lives to which we are called. Moreover, to set up a protected class of people on this issue would be to create a second-class episcopate. That should be the last thing that a catholic-minded Anglican would want to do. A bishop is a bishop is a bishop, right?

This brings me to the next point. Another common objection to moving ahead with women bishops is our supposed relationship with the Roman Catholic Church. This is the truth of our relationship, for those of you who not kept score: Anglican Christians accept Roman Catholic sacraments as valid. On the other hand, Anglican orders are “absolutely null and utterly void”. There is no relationship between Roman Catholics and Anglicans the conventional sense of the word. Rome says Canterbury must submit through unconditional surrender for there to be any ecumenical reunion. Well, really there can’t be reunion, because the Roman Catholic church doesn’t even see Anglicans as being members of a church at all.

So who is the Church of England pleasing by rejecting women in the episcopate? It’s a collection of odd fellows: Roman Catholics who see Anglicans as playing dress-up in church buildings, catholic-minded Anglicans who want to impose a congregationalist polity to get their way, and committed bureaucrats who would love nothing more than to have this process drag out for ten more years.

Meanwhile, the pews are emptying quickly. The church is ever more irrelevant to English life, as people perceive it to be wholly out of tune with both the real world and with the Gospel of Jesus Christ.

What can be done? General Synod can take matters into its own hands at its February meeting, demanding quick action; it could convene an additional special meeting, if necessary, to finish this business. The Bishops in England could lead on this one. Lay people could rise up and reclaim their church. Parish clergy could phone newspapers, MPs, and Synod members and tell people what’s happening every Sunday in church services with smaller, aging congregations. Parliament could step in. The Archbishops could set a direction. The Holy Spirit has plenty of opportunities to swoop in, if people but make space for her. I pray that happens.